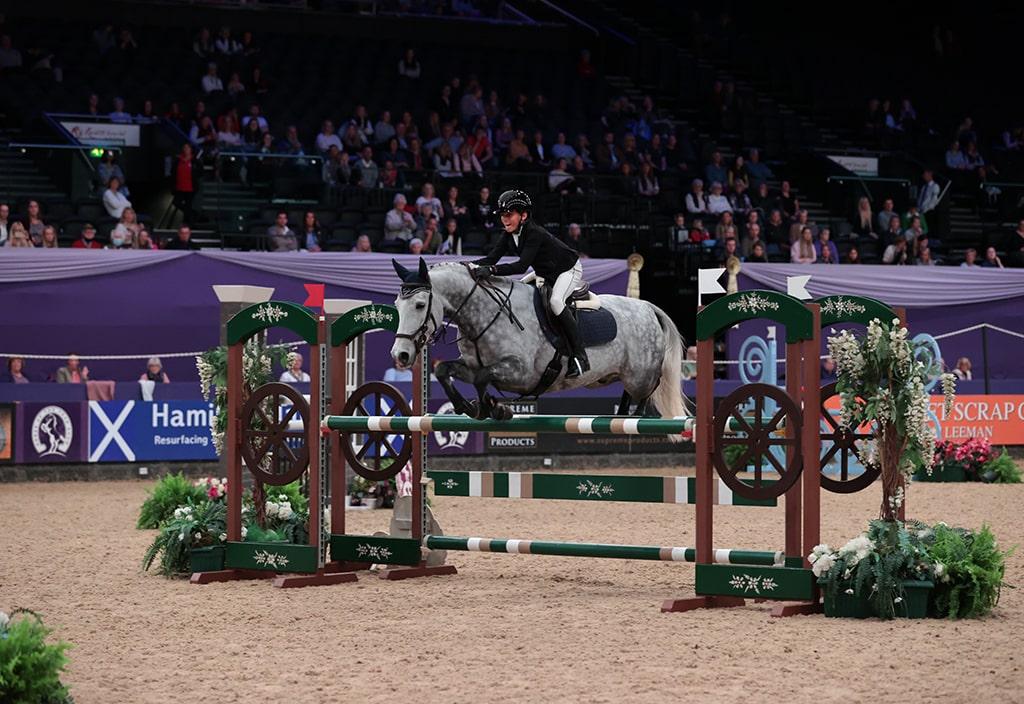 Hampshire rider Elissa Herrmann was crowned Sorbeo Leading Pony Showjumper of the year after a dominant display at the Horse of the Year Show in Birmingham.

Elissa recorded the competition’s only double clear, posting a time of 31.14 seconds to win a competition that was first held at Horse of the Year Show in 1949, with previous winners including the likes of Michael Whitaker and William Whitaker.

“You can’t put it into words, really, what it feels like to win here,” Elissa said.

“I’ve had the pony since just after this show two years ago, and we went to the Pony European Championships in Poland in the summer. It was a challenging course and jump-off, but this is the big one. There is nothing more special in this country, really.”

Fourteen combinations from 27 starters made it through to the jump-off, with Thomas last to go aboard eight-year-old Derryinver Rocky.

They faced a tough assignment after Olivia Spooner and Conella surged into the lead with a time of 29.20 seconds that edged previous leader Rosie Walker, riding Grey Lad V, into third.  But it proved a masterclass in composed, precision jumping, clocking 28.63 to give a beaming Thomas an outstanding victory.

“It was brilliant,” Thomas said. “The pony has done so much for me, and we just wanted to keep it flowing in the jump-off. It was amazing. I tried to think of it as just jumping in a normal 1.15m course that we do regularly, it’s just all the jazz and lights that go with it that you have to kind of shut out, and you have to do that for the pony as well and keep him focussed.

“It is such a massive show, the crowds are great, and the noise when you cross the line, you never get that anywhere else.”