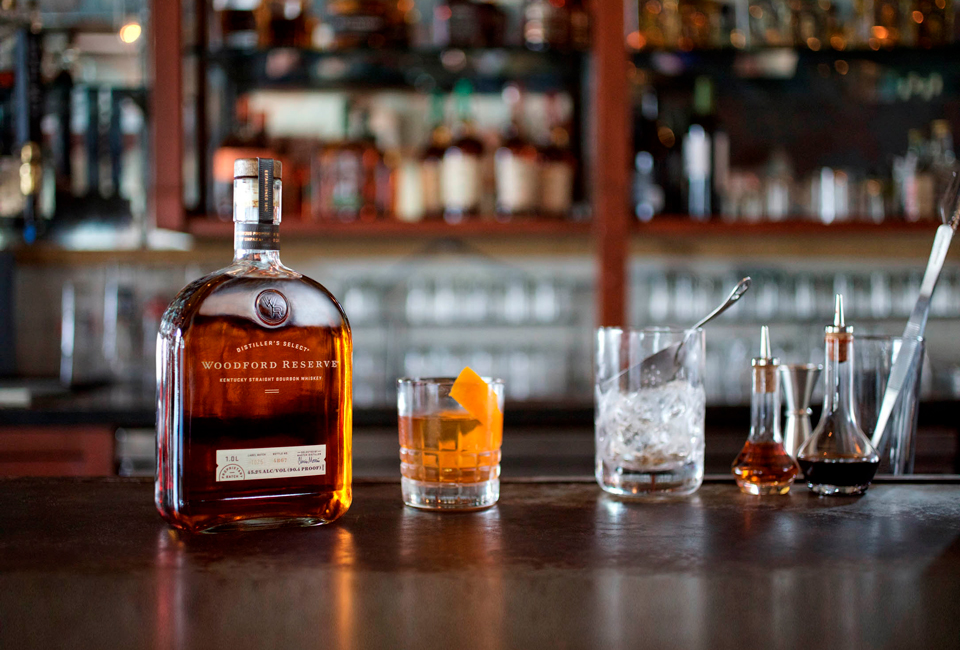 It’s fair to say we’re in the midst of a whiskey renaissance, especially as discerning drinkers are beginning to favour more traditional cocktails. The prominence of American whiskey in TV shows such as “Mad Men” and “House of Cards” has also boosted sales and broadened its appeal.

Bourbon is one of the most iconic whiskeys and, as the USA’s only homegrown spirit, holds a special place in the nation’s history. It’s these imported whiskeys that are proving especially popular in Europe, as their noticeably sweeter flavour makes them easier on the palate.

With notes of cinnamon and almonds, whiskey makes the perfect Christmas tipple. Here, Woodford Whiskey select three of their favourite US whiskey brands for you to choose from.

Woodford’s first whiskey gift suggestion can only be the world-renowned Woodford Reserve Distiller’s Select – the bottle of choice for true bourbon lovers this Christmas. Revered by the world’s best bartenders, this craft whiskey has quickly become an award-winning bourbon of exceptional depth and character. If you’re looking for a gift for any craft whiskey fan, look no further. With notes of toffee and spice that linger on the tongue to create a perfect balance of depth and flavour, Woodford Reserve Distiller’s Select is the ultimate way to raise a toast this winter. These complex flavours make Woodford the chosen ingredient for the definitive Old-Fashioned cocktail.

Give the gift of style and substance this Christmas with Gentleman Jack. Inspired by the original gentleman distiller, this smooth sippin’ Tennessee Whiskey makes a perfect addition to the drinks cabinet. The smooth sipping experience also means Gentleman Jack is a great introduction to American whiskey for new drinkers to the category. So what better time to introduce someone to this stylish tipple than Christmas?

Gentleman Jack makes for relaxed and easy drinking both on the rocks, or in a delicious “Whiskey Sour” cocktail. The simplicity of a “Whiskey Sour” allows the refined character and smooth taste of Gentleman Jack to remain prominent in the flavour, but adding the lemon gives it an edgy sharpness that culminates in a simple and sophisticated drink.

It was in 1988 that Jack Daniel’s underwent an exciting era of innovation and Master Distiller Jimmy Bedford introduced Gentleman Jack. This was the first time in decades that a new whiskey had been introduced, and it quickly grew in popularity to become a recognised member of the Jack Daniel’s family.

Gentleman Jack is double mellowed, making it twice as smooth as other whiskeys. Mellowed through sugar maple charcoal not once, but twice, to create a full-bodied liquid that’s rich in flavours of vanilla, maple and citrus.

Jack Daniel’s Single Barrel is an ideal gift for those looking to upgrade their tipple of choice this Christmas. Each bottle is hand-selected with a unique rick number and bottling date, with only one in every 100 barrels selected as a single barrel. This means no two bottles are the same, making it a truly bespoke gift.

Harbouring less sweetness and more muscle than the original Old No.7, the Single Barrel Select offers a richer variation with a more intense flavour profile. Representing a move away from mixers and cocktails, the best way to enjoy Jack Daniel’s Single Barrel is very simple – neat or over ice depending on your preference.

For over 150 years, Jack Daniel’s has achieved iconic status in America and is seen by many as “America in a bottle”.  Founded in 1866 by Jasper Newton Daniel, the Jack Daniel Distillery was the very first registered distillery within the US. Following the decrease in production during the Prohibition Era, it wasn’t until 1964 that the brand truly came of age, and in 1997 the first bottles of Single Barrel Select were bottled.