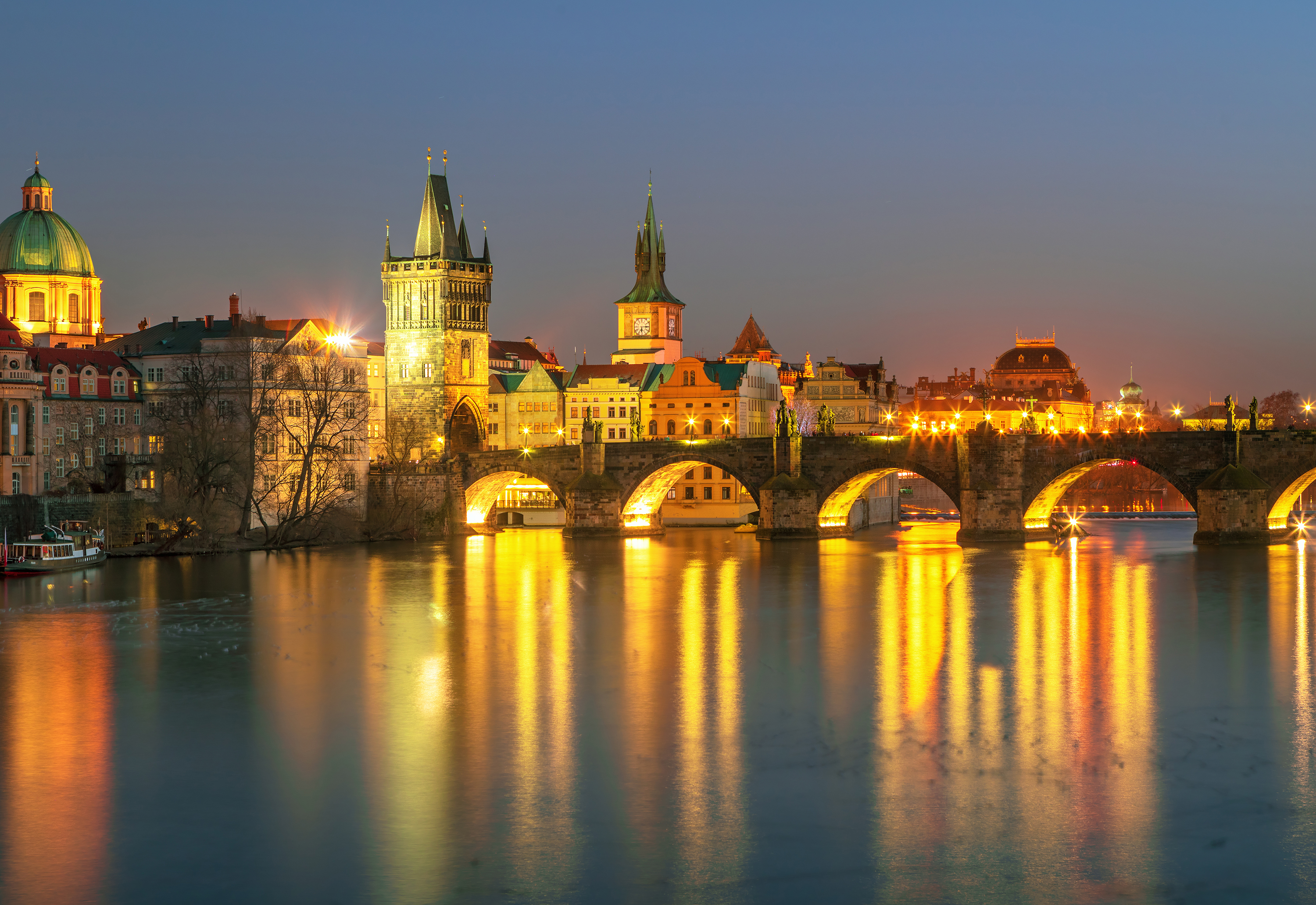 Get ready to update your bucket list as the team at The Luxury Report brings to you another round-up of top travel destinations.

Imagine lying under a sky full of stars with hues of neon green, violets, pinks and blues undulating through the celestial sky like a ballerina. Nature’s theatrical display, Aurora Borealis, also known as the northern lights are Iceland’s most popular tourist attraction. Ideally, the best time to witness them is September through March when the country is clad under a blanket of snow.

Known as the Land of Ice and Fire, Iceland is also home to other marvels of nature such as crystal blue caves, hot springs, icy glaciers and gigantic volcanoes providing plenty of adventure to tourists. From snorkelling and snowboarding to glacial hiking or perhaps whale-watching. Imagine spending your Christmas under the glowing lights… 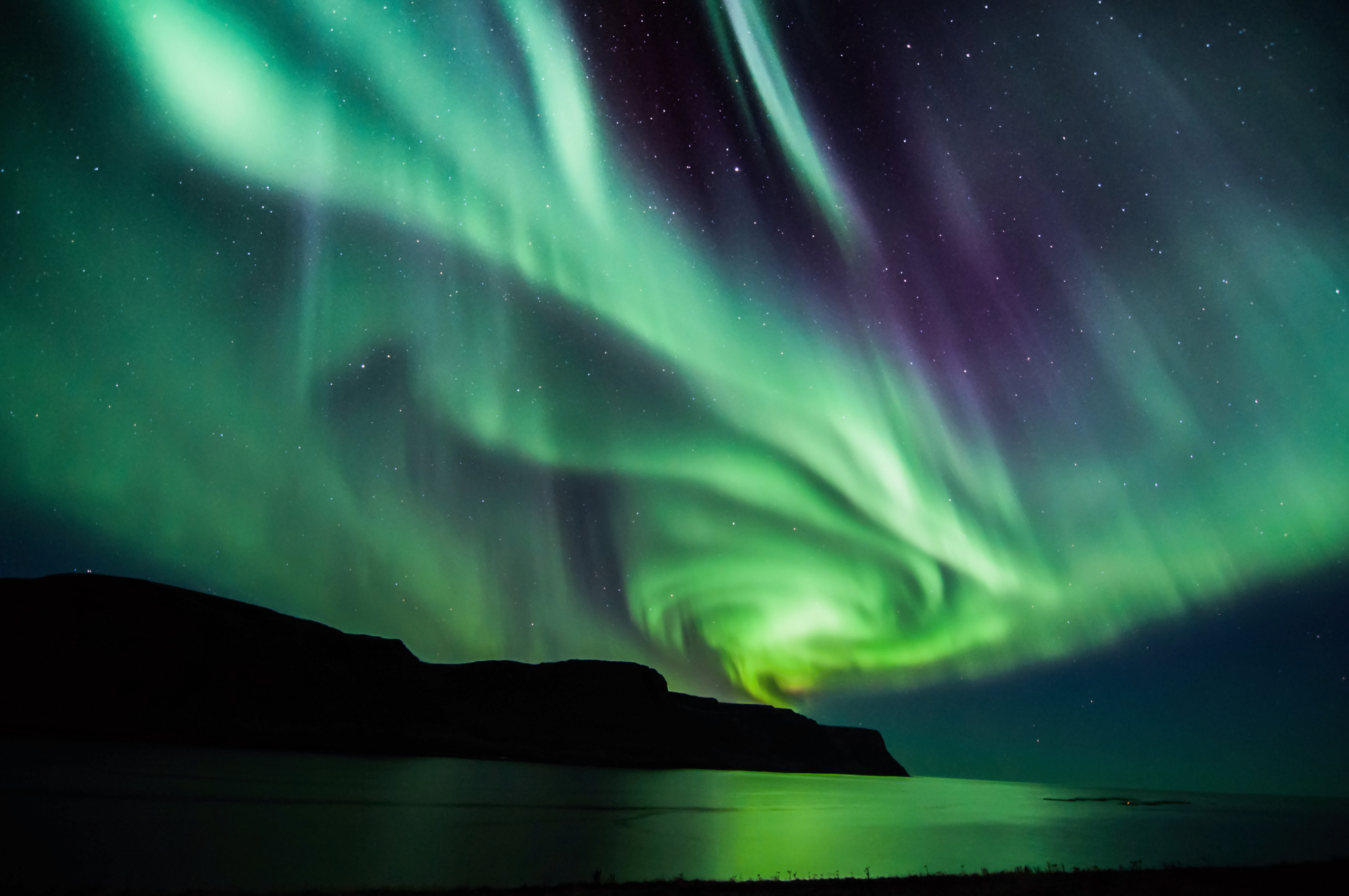 Did someone say paradise? The mere mention of Bali evokes feelings of a tropical state of mind. Known as the island of Gods, the place is more than a tourist destination, it’s a mood, a symphony, a breathtaking feeling of serendipity.

Dense forests, stunning waterfalls, volcanoes, museums, temples, you name it. Bali is a one-stop vacation for thrill seekers and city escapees alike. The island is home to plenty of beaches to soak up the sun with crystal clear water, white sand and the most spectacular sunset views. Home to 20,000 temples, Bali can also serve as a spiritual experience to calm aching souls.

In the heart of Bali lies, Ubud which is the cultural hub of the island surrounded by quaint mountains, green canopies and rice fields. If you’re a history fanatic, you can dive right into the Balinese spirit by learning legends and folk tales directly from the locals at Ubud.  It also offers tons of yoga and spa retreats for those looking to unwind from the mundane city life. 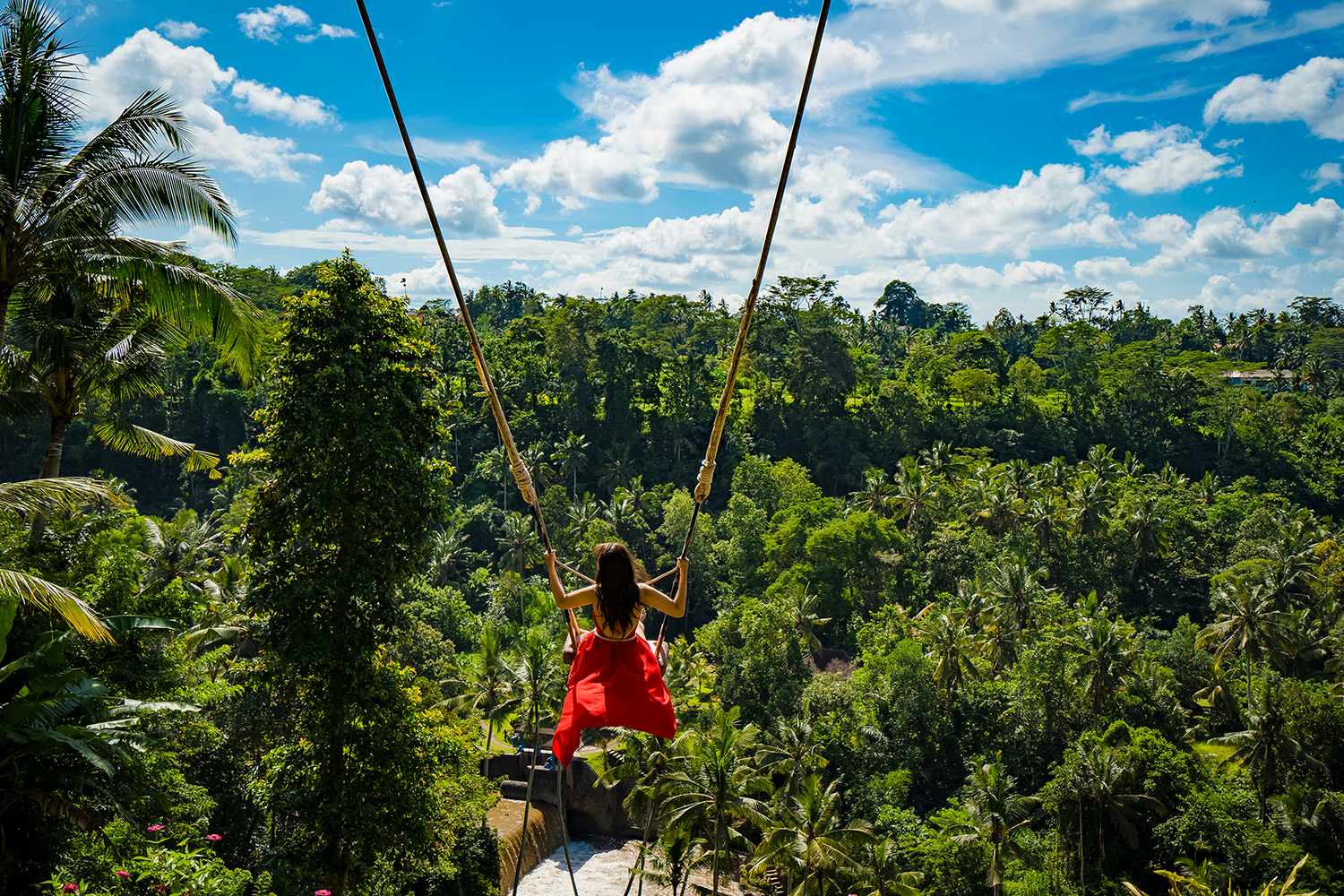 Lisbon’s panoramic views of buildings decorated with terracotta tiles, century-old monasteries, gothic alleys and white-domed cathedrals makes it an architecture lover’s paradise. The picturesque landscape offers a multitude of activities from trying the finest custard tarts and local cuisines, to enjoying plenty of sun along the seaside. Rated as a top travel destination this year, Portugal stood out as a pocket friendly destination compared to its European counterparts. The Post Office rated it as the 9th cheapest city-break in Europe.

Visit the longest bridge in Europe ‘Vasco da Gama Bridge’  or the ‘Capela de São João Baptista’, one of the most expensive chapels in the world, adorned with precious gemstones, metals and mosaic art or Europe’s largest indoor aquarium to pay a visit to the marine life – all in Lisbon, the heart of Portugal. 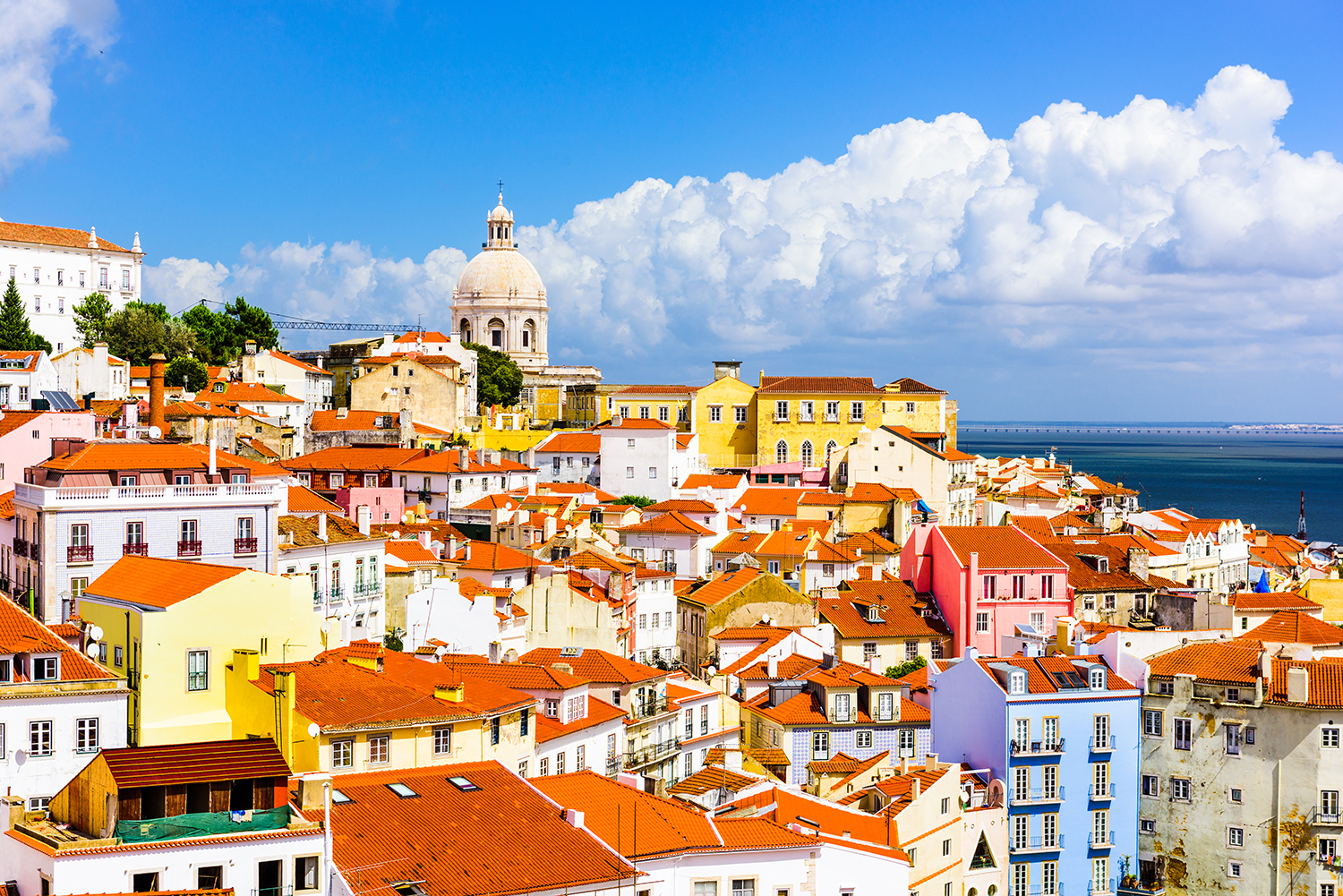 Capital of Japan – the land of the rising sun – Tokyo was ranked the safest city in the world thrice this year. Famous for its futuristic outlook with robotic restaurants, skyscrapers and bullet trains, the city is a beautiful juxtaposition of modernism combined with tradition where old and new coexist alongside each other.

Visit the central park of Tokyo called The Shinjuku Gyoen to see the most glorious display of Sakura with as many as 1500 cherry blossom trees in the spring where the petals fly through air like snowflakes, giving you the best backdrop for your Instagram feed. Or the Shiba park in fall where maple trees turn from green to red in late November. Also keep a lookout for the famous ‘Gingko’ tree which turns golden early December. And the Winter time is the best period to spot the glorious Mt. Fuji on the horizon. 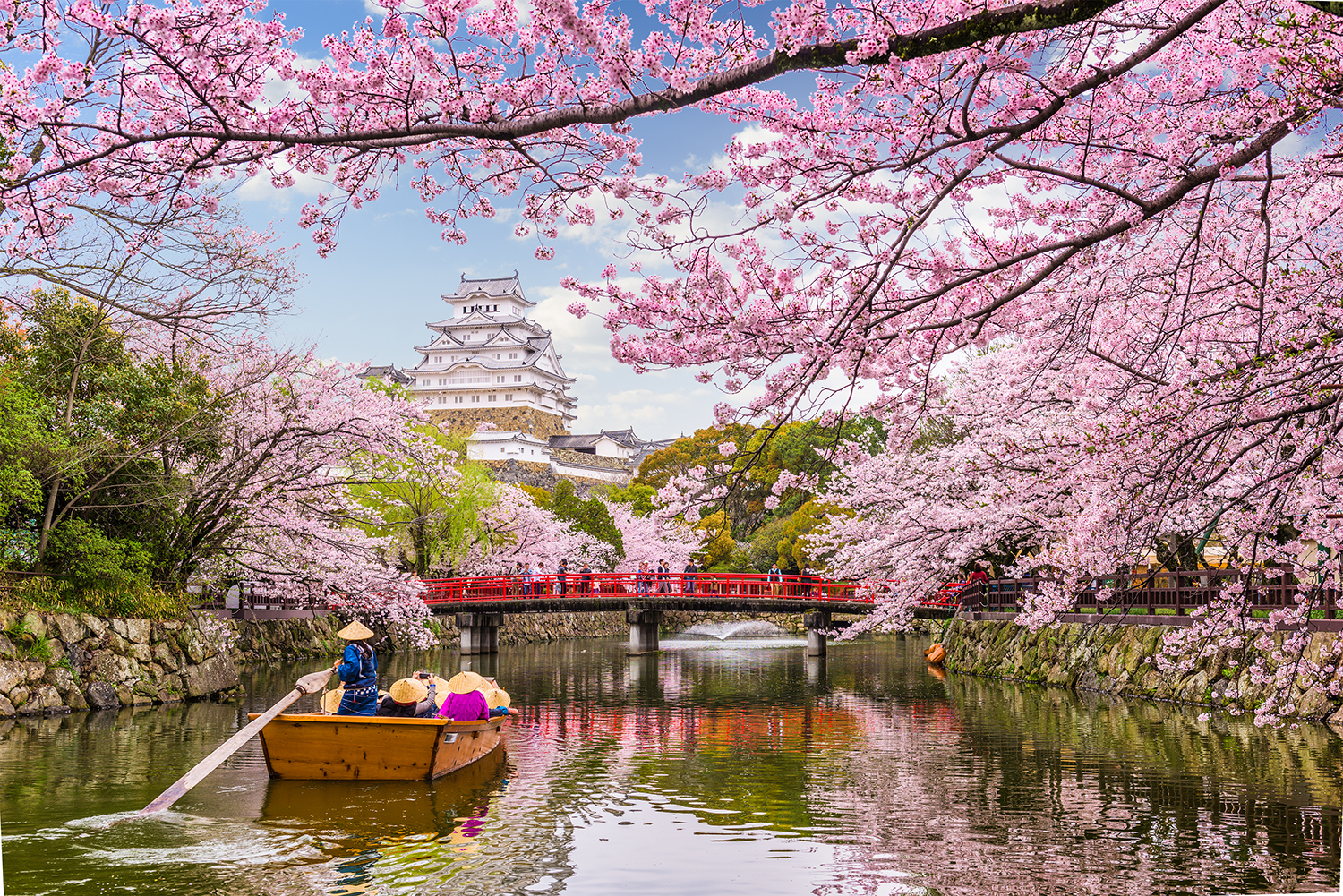 Start your trip by visiting the magnificent volcanic caldera and then make your way to the famous Oia village where you will see the postcard view of white houses with blue roofs that helps one instantly recognise Santorini. Great for walking and enjoying the sunset as it takes over the sky and engulfs the village with its orange dusky hues.

The red beach is a must see with its contrasting red volcanic cliff against the deep blue waters and white sand. Late spring and early autumn are the best time to visit when the landscape is green, and the sea is warm. Avoid visiting late autumn as that’s when storms are expected with limited ferry links and facilities. Santorini is also very famous for its wine yards. 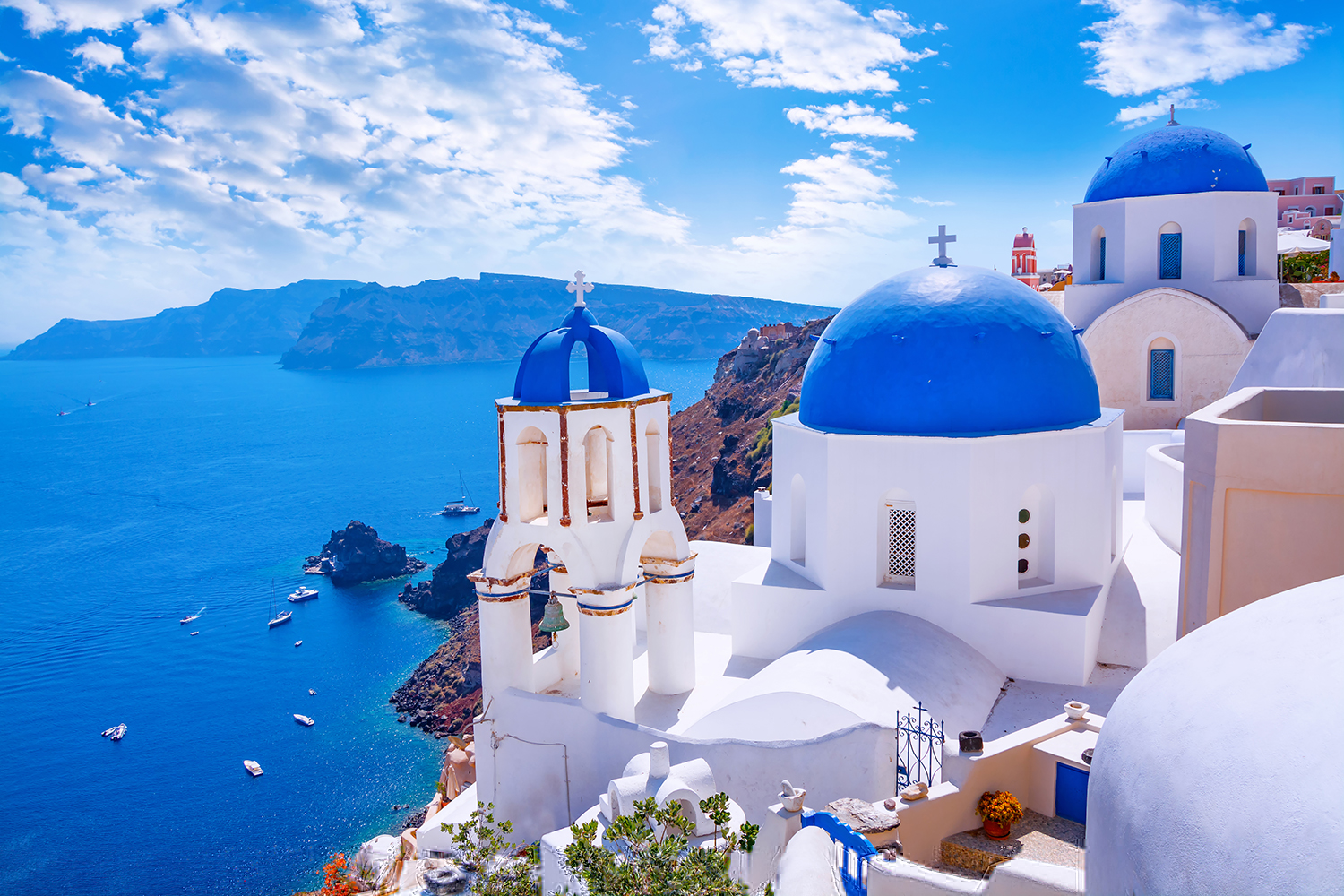 Sprawling mountain ranges forming the backdrop of a glittering blue sea with its flanks disappearing into green carpeted valleys, Cape Town is one of the top tourist destinations worldwide. Visit its iconic Table Mountain by cable car, situated 3500 feet above sea level with a spectacular view of the city skyline or hike up to the Lion’s head witnessing the natural splendour that Cape town has to offer. Enjoy a classic African “sundowner” while watching the sunset once you reach the top to reward yourself of the extraneous hike.

Cape Town is also home to the iconic Nelson Mandela gateway located on the Robben island where the African president spent years in imprisonment. Visit the famous cape of good hope where the Atlantic collides with the Indian Ocean or pay a visit to thousands of African penguins on the Boulders Beach. 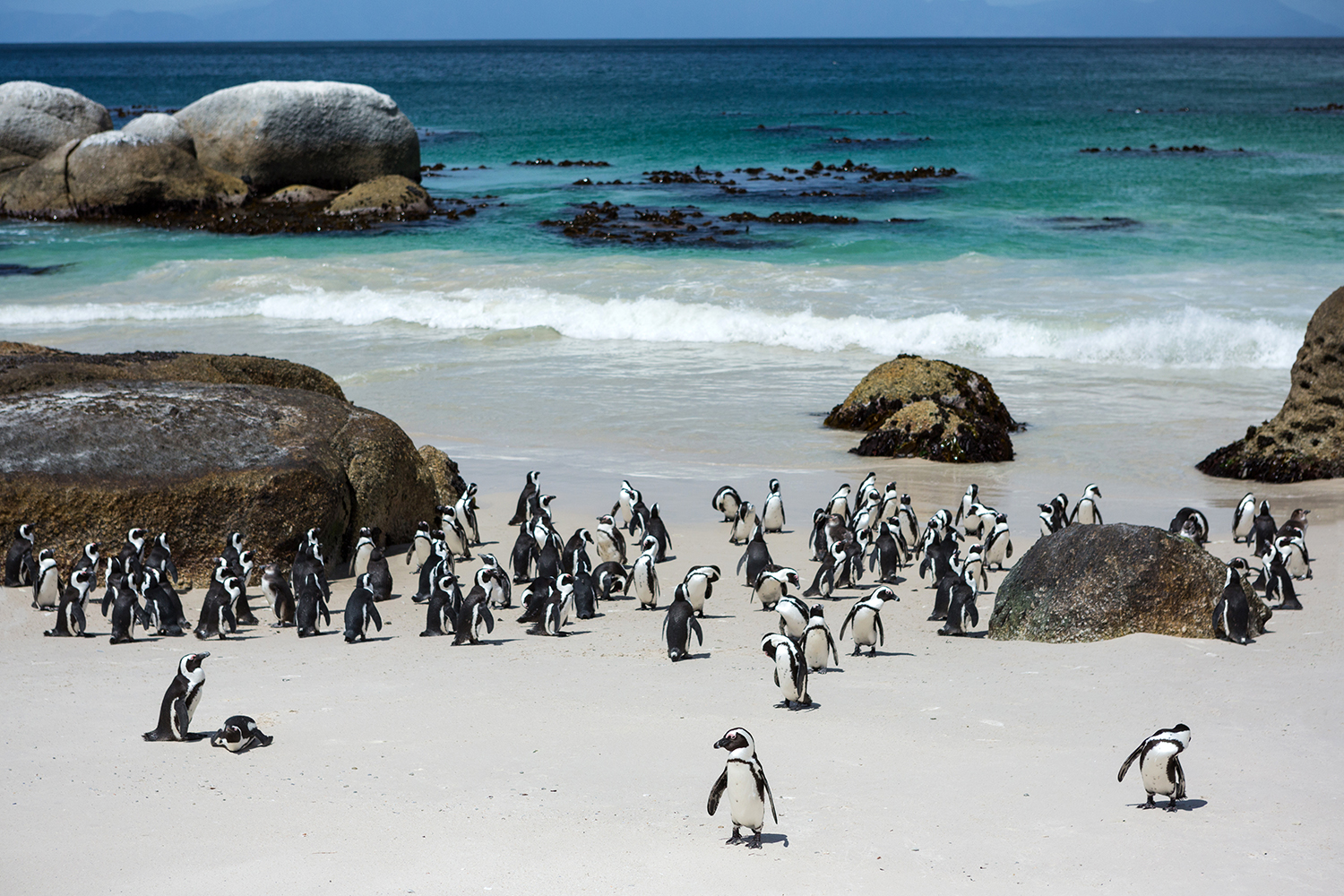 Fancy Skiing? Why not head to France for skiing and snowboarding adventures. France boasts some of the finest ski resorts in the world that are purpose built, easily accessible and pocket friendly. The French Alps get plenty of snow in the winter making France sit higher than most other skiing countries.

Scrape through the Alps in ‘The Three Valleys’ which is a ski area in France that merges 8 other ski resorts including Val Thorens (highest ski resort in Europe). Paradiski, located in the heart of French Alps offers uninterrupted skiing area between La Plagne and Les Arcs whereas if you’re going with family, Tignes and Chamonix are great family-friendly options. 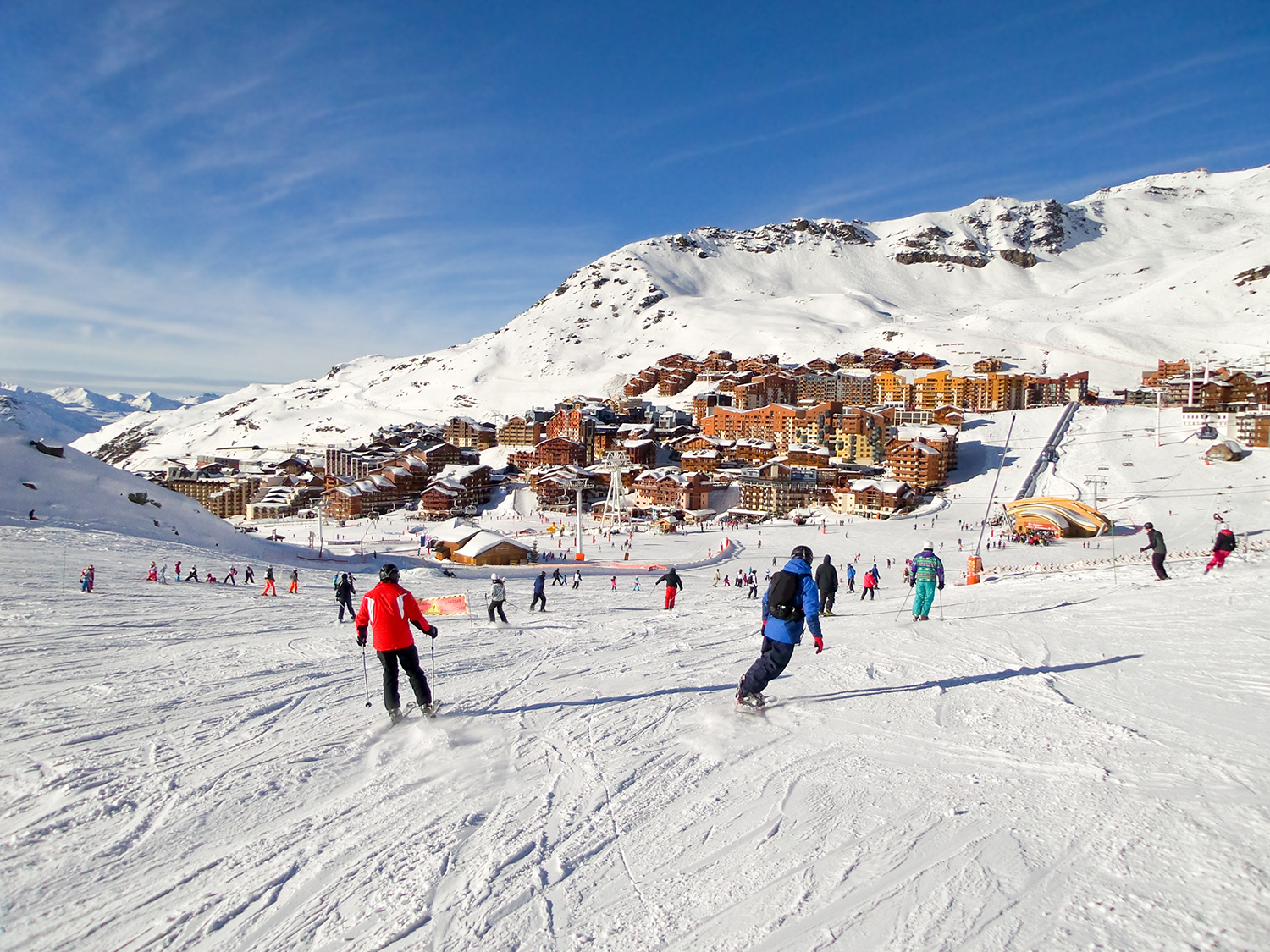 Divided by the Vltava River, Prague is home to the most beautiful renaissance architecture, baroque style bridges and medieval towns lined with old school street-lamps. Visit the crown jewel of Prague, the Prague Castle built in 970 AD or stroll across Europe’s oldest bridges, St Charles bridge sipping on soothing hot chocolate. Watch the astronomical clock in the city centre strike an hour or simply visit to pay respects to the John Lennon wall if you’re a Beatles fan.  In the night, enjoy a nicely chilled, hand-crafted beer to kick off the touristy activities. 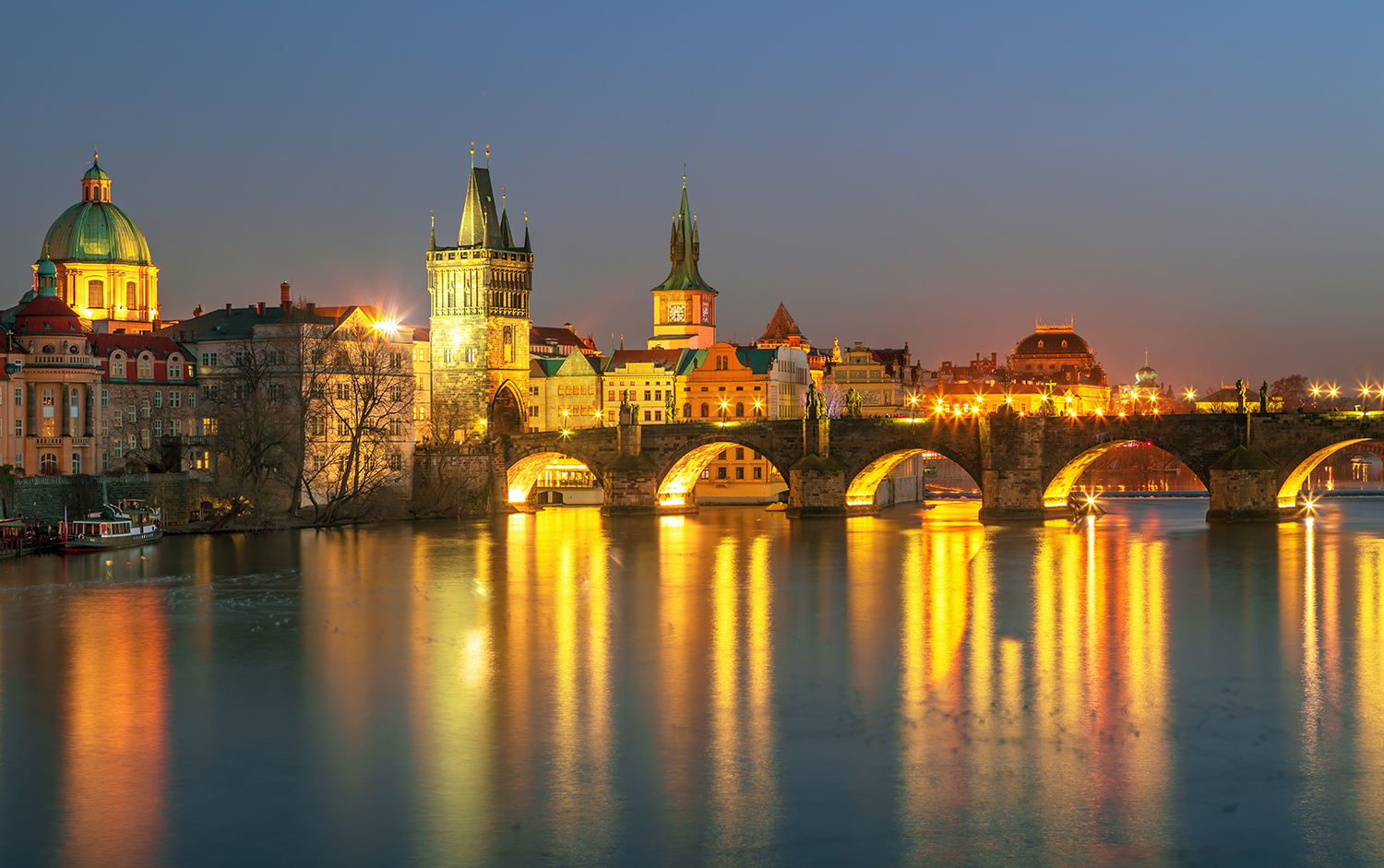 Sad about summer leaving so soon? Head over to Budapest! Covered in snow, Budapest is a winter fairytale you must travel to. Called the Paris of the East, with the Danube river running in the middle with elegant boulevards and illuminated bridges, Budapest whispers romance from every corner.

Visit their Thermal Baths that are said to have healing powers, while there’s no scientific evidence to back up this claim, they do have a calming aura to them. Another famous attraction is the House of Terror Museum which features exhibits from the times of the Nazi rule. Formerly operated as a Police headquarter, the building itself is filled with tales of torture and oppression.

If you do not fancy any of this, simply head there for the Nightlife. Budapest loves to party! And has the one of the best clubs in Europe. Head over and dance the night away. 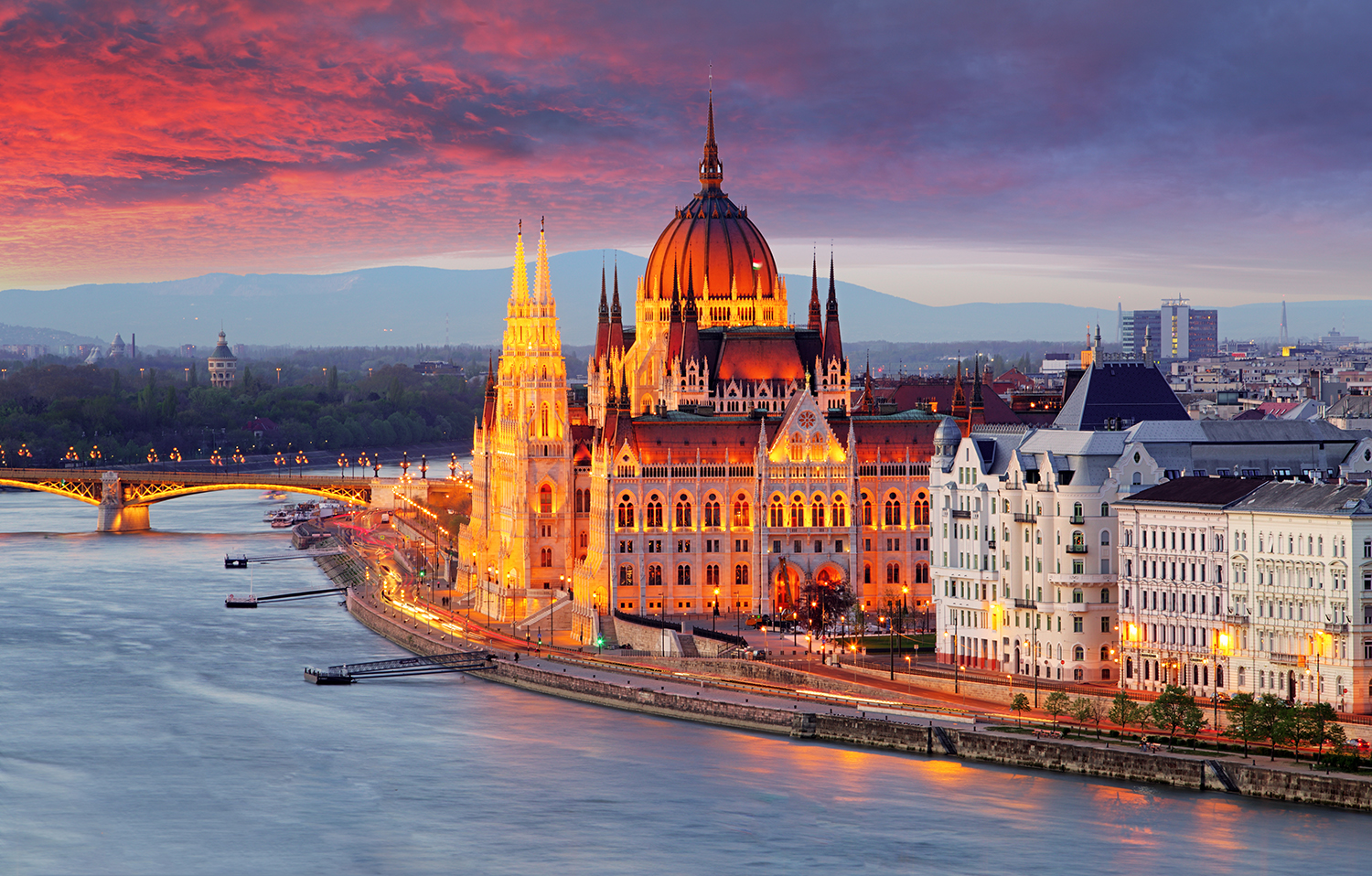 Moving on, trying to forget the past or looking for a new perspective? Visit Zagreb’s Museum of Broken Relationships. Dedicated to failed relationships, the museum displays personal objects of once lovers, each attached to a fond memory that has now lost meaning. 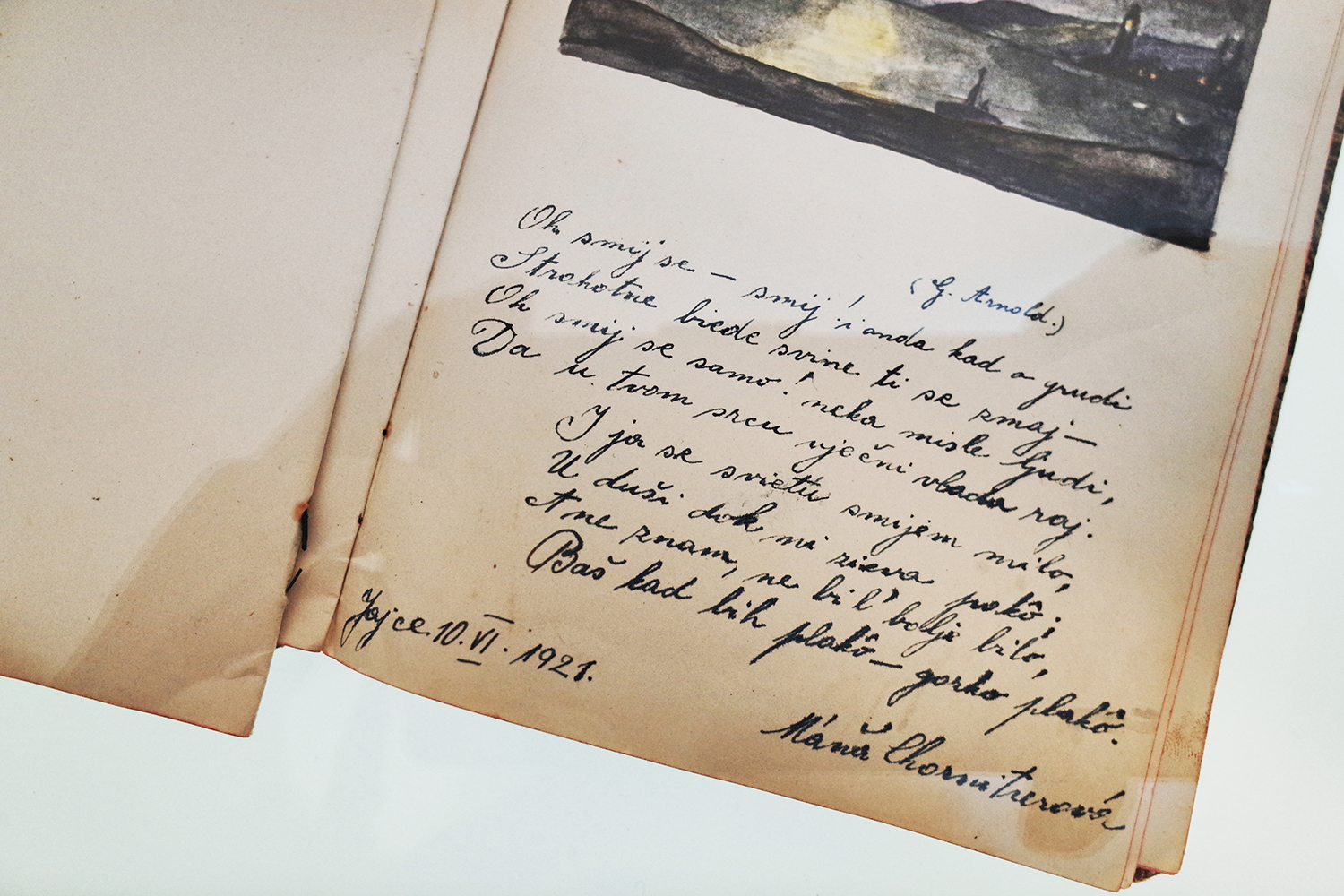 Look out for more travel and luxury news at The Luxury Report.