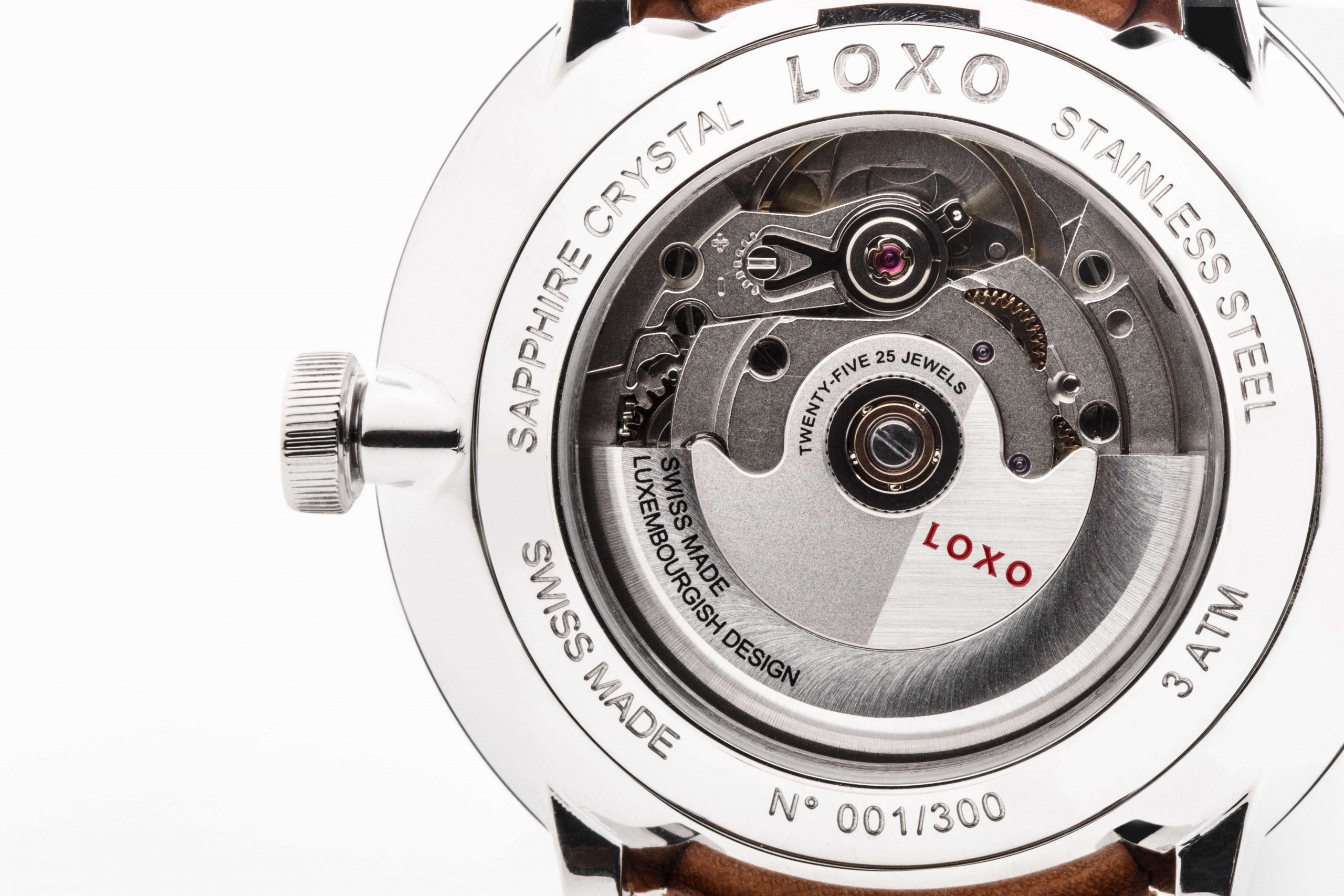 An interview with Georges Weyer, founder of Loxo Watches

The Loxo Model One combines the spirit and originality of Luxembourger design with the precision of Swiss engineering. The Luxury Report caught up with founder of Loxo Watches Georges Weyer to learn more about the origins of this inimitably stylish automatic watch.

When were you first aware of your passion for mechanical watches?

Georges Weyer: My first mechanical wristwatch was an automatic Alpina given to me by my godmother. As it was valuable, my parents would only allow me to wear it on special occasions such as holidays or celebrations. But aged twelve, I began attending boarding school where I always had to be on time, and my watch became essential, as I didn’t always hear the bell! For a very long time now, I have been accustomed to checking the time with a glimpse down at my left wrist.

While I admit that digital watches are practical, the feeling is never the same, and smartwatches have to be charged! I love the fact that all you need to do is place an automatic watch on your wrist.

Are you also a watch collector?

Yes, very much so. I collect watches for their innovative design, such as the Tank Basculante by Cartier, and the Reverso by JLC. I also appreciate watches for their interesting movement, such as the Omega Co-Axial. And not only do I still have my first watch, but I have my father’s watch, my grandfather’s, even my great grandfather’s pocketwatch. As well as others given to me by family members. All of these are of great emotional value.

How was Loxo Watches first conceived?

My passion for watches took me on many journeys. In Switzerland I became aware of how certain small manufacturers were truly innovating. This interested me, and I teamed up with one. At first I was quite conservative with regard to design but soon realised it was best to be bold and stand out from the crowd. It was then that I coincidentally met the designer Julie Conrad and became inspired by her ideas. Weeks later, I attended an exhibition where the artist Aude Legrand was presenting an installation on the topic of time. That was it, I had found my team! In 2017 we discussed the idea of creating a watch that not only tells the time, but also changes over time, in a slow and defined way.

But it would not be easy, as the passage of time should never compromise the watch’s reliability! After much testing we decided to paint the watch hands in such a way that the sun’s UV rays would slowly modify their colour from a bright red to a clear orange.

The process is inspired by nature, so each watch will become unique, depending on wear. Your watch will be unique to you, and in order to emphasise this individuality, all watches are numbered, and the series is strictly limited to 300.

In order to further adapt your watch to your own style and taste, you can change the leather strap or the bracelet without tools! Loxo Model One is for those who, like me, have a passion for mechanical wristwatches. Those thrilled by an item painstakingly assembled by an artisan craftsperson with ultimate precision. 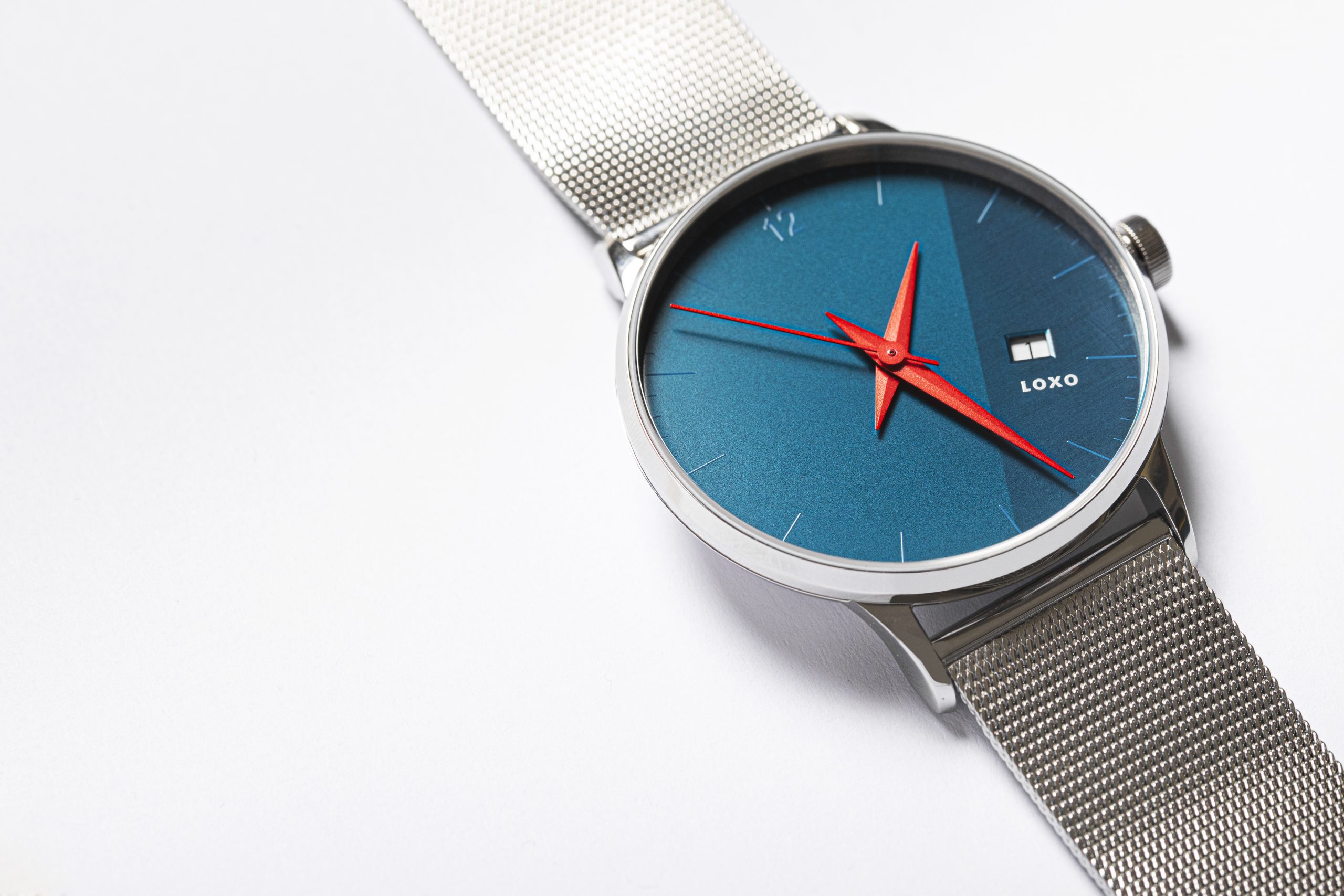 Where does the brand name originate from?

The term ‘loxodrome’ is used in navigation and was first introduced in 1537 by Pedro Nunes, a Portuguese mathematician. A loxodrome is a meridian line that turns around the globe, much like a great circle. The line forms a spiral, which looks very much like a watch’s mainspring. I saw harmony in the two concepts and Loxo was born.