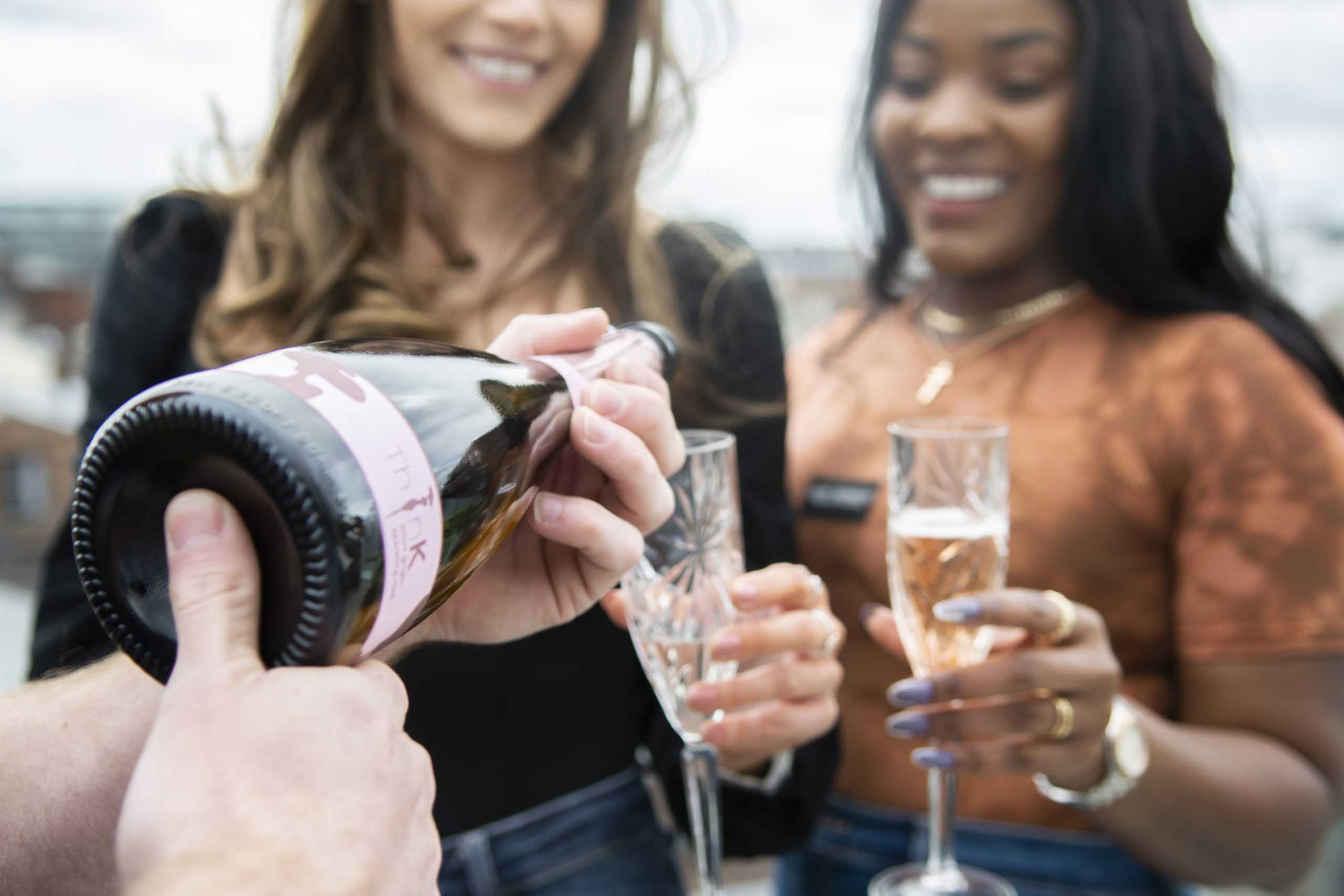 Katherine’s story began 2 years ago with nothing more than the desire to find a vegan prosecco and to drink more healthily.

No less than 3 years ago, Katherine Jones (31) was working as a marketing manager driving day in day out to the office from her home in Liverpool.

But on the weekends, with the earnings she scraped together to fund flights to Italy, she was meeting with winemakers from all over Treviso, Italy’s prosecco-growing region, with a view to creating her own prosecco – a plant-based, vegan, organic prosecco with reduced sugar content.

Against all the odds and in the arcane, hierarchical male-dominated world of wine, two years later Katherine has a hugely successful wine business ThinK Wine Group distributing her healthy wines across the UK. Her products have recently been lauded in the Independent, The Scottish Herald and other nationals.

She has recently caught the eye of the producers of Amazon Prime’s forthcoming reality show, The Social Movement in which young CEOs come together to compete and find solutions to global social problems. She still can’t believe she’s travelling to Miami to film in June and will have her face on a billboard all over the city!

Katherine’s ThinK prosecco and ThinK sparkling pink wine are vegan, organic, reduced sugar and were created by Katherine who was motivated to drink a healthier prosecco than anything she could find on the market.

An extraordinary tale of triumph over adversity, Katherine launched ThinK Wine in September 2019 intending to distribute through stockists across London and the UK. She quickly switched her business model when lockdown began and started to sell online, initially packaging and distributing from her home. Over the last year her business has gone from strength to strength to deliver vegan prosecco and sparkling wine to the nation.

Despite having no contacts or background in the esoteric word of wine, prosecco-loving Katherine started making regular visits to Italy in 2018 flying to and fro at the weekends whilst still working in a full-time job as a marketing manager commuting to Manchester from her home city of Liverpool.

More than 50 winemakers refused to entertain the idea of an unknown, unconnected English woman in her late twenties making a vegan prosecco, or any prosecco at all.

But Katherine’s tenacity eventually paid off when she came across an organic family-run vineyard in Treviso whose owners not only shared her values of sustainability but were willing to take a punt. Katherine quickly partnered with this highly regarded vegan and organic certified vineyard to create two reduced sugar sparkling wines; ThinK Prosecco and ThinK Pinot Grigio Sparkling Rosé.

The first Think Wine arrived in the UK 18 months later and Katherine sold her first bottle in September 2019.

Now in her second year of business, Katherine will star in a new Amazon Prime reality show, The Social Movement, that brings together CEOs with four days to change the world through philanthropy.

ThinK vegan Prosecco is made from the finest Glera grapes from the heart of Treviso, north-east Italy. ThinK have developed a Prosecco that is fresh, satisfying and luxurious.

(Katherine uses a protein extracted from green peas, making ThinK Wine 100% plant-based. The clarification process causes many wines not to be vegan friendly as they are often clarified using animal products, anything from fish innards and animal proteins to egg whites)

ThinK Pink Fizz is a delicious Pinot Grigio Sparkling Rose. Also vegan and organic with reduced sugar and a reduction in calories.

ThinK vegan Prosecco is made from the finest Glera grapes from the heart of Treviso, north-east Italy. ThinK have developed a Prosecco that is fresh, satisfying and luxurious.

Katherine has partnered with a highly regarded vegan and organic certified vineyard in the heart of Treviso to create two reduced calorie sparkling wines; ThinK Prosecco and ThinK Pinot Grigio Sparkling Rosé. Katherine was determined to partner with a vintner who cares about the land where ThinK’s grapes grow. The terroir, cultivated by the owner’s

ancestors to be passed on in time to their children, benefits from the use 100% renewable energy sources in the production of ThinK Wine; the ultimate celebration of nature and its produce. Our Vineyards work takes into consideration the entire ecosystem, respecting its rhythms and supporting nature. The vineyard is located in an area where its people are deeply connected to their roots, have preserved their traditions and the pleasure of hospitality and socialising, as well as their taste for food and great wine. ThinK vegan and organic wine is born in a land full of charm and culture.