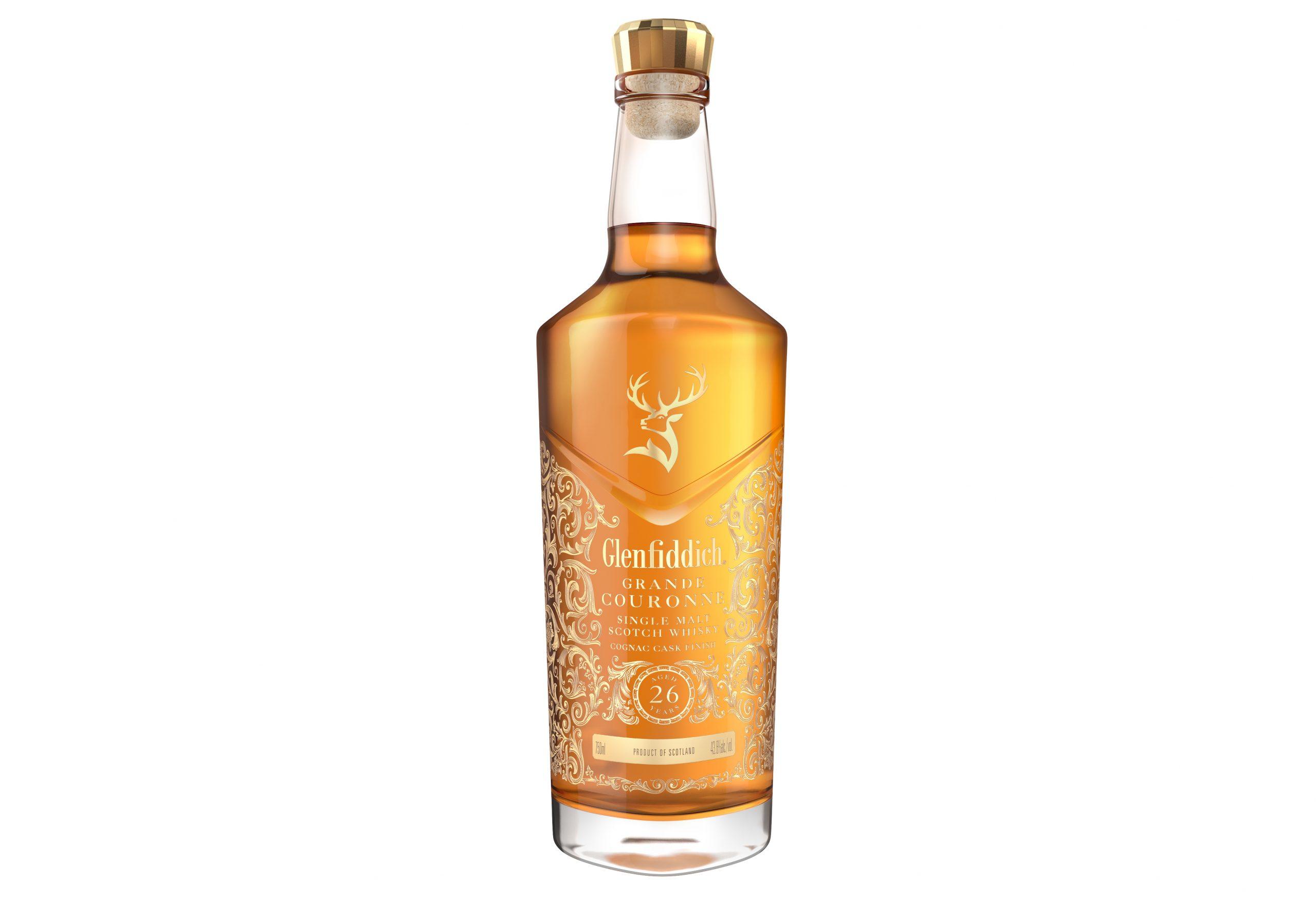 The spirit of innovation

Glenfiddich, the world’s most awarded single malt whisky, has unveiled Grande Couronne as the newest addition to its Grand Series. Grande Couronne is a 26 year-old whisky matured in American and European oak casks at the Glenfiddich Distillery in Dufftown, Scotland, before the crowning glory – an extended finish of up to two years in meticulously sourced French Cognac casks – provides a true taste of elegance.

The Glenfiddich Grand Series is a beautifully disruptive series of single malts that oozes opulence and is designed to elevate occasions and celebratory moments in a whole new way. Grande Couronne is the latest addition to the series, which includes Glenfiddich Grand Cru, which is aged for 23 years in American and European Oak casks and then finessed in French cuvée oak casks and Glenfiddich Gran Reserva. It is then mellowed for 21 years in bourbon casks before a final flourish in Caribbean rum casks.

Glenfiddich Malt Master, Brian Kinsman, commented: “The Grand Series perfectly encapsulates Glenfiddich’s spirit of innovation and our ability to experiment with aged liquid and intriguing finishes. Grande Couronne is the latest to exemplify that approach. It is the only Glenfiddich single malt that has matured in American and European oak casks and finished in rare French Cognac casks. The length of the finish, two years, is highly unusual and adds extra layers of sweet toasted oak and velvety aromas of café crème, brown sugar and soft spice.”

The bottle and packaging are adorned with an ornamental gold filigree, whilst exquisite artwork reminiscent of great renaissance paintings are revealed inside the box. Glenfiddich Gran Reserva’s bottle and packaging has also received a stylish redesign, echoing the vibrancy and warmth of the liquid.

The launch of the whisky was held digitally on the popular social networking app, Clubhouse. Viewers watched Paddle 8 founder Hikari Yokoyama, Soho House curator Kate Bryan and Glenfiddich ambassadors discuss everything from the approach of making whisky which, like art, is about technique mixed with a certain artistry, to how art and whisky both engage the consumer through more than just taste and sight.