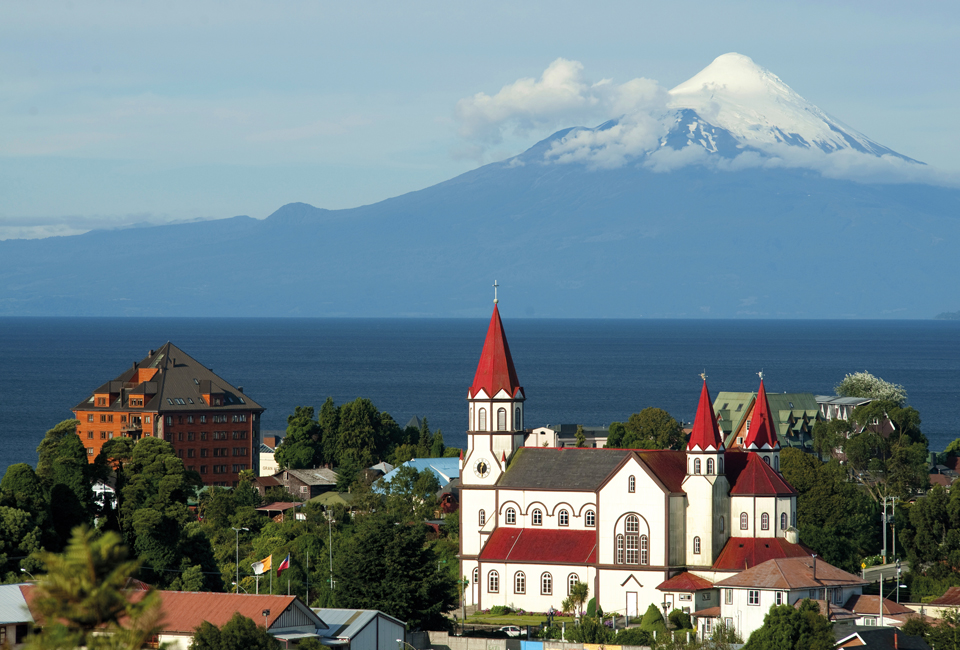 Takes your breath away

The south of Chile is undoubtedly one of the most amazing parts of Latin America. Characterised by the soaring Andes, their snow-capped peaks dominating the horizon, it’s a land of rushing rivers and tranquil lakes. All of which makes it a haven for outdoor-adventure enthusiasts and wildlife lovers.

So whether it’s uphill or downhill, land or water, there’s something here for you. And for after, the local culture, delicious food and warm hospitality is a real treat. With so much to see and do it’s hard to know where to begin, so here are Chile Travel’s four top picks from the south.

If you love to ski, hike and enjoy all that the mountains have to offer, then Corralco is the place for you. Just 120 km from Temuco, nestled at the foot of the Lonquimay volcano in the Malalcahuello National Reserve, Corralco has 31 slopes offering something for skiers of all levels. Meanwhile, the spectacular mountain landscape offers a wealth of hiking opportunities and, for botanists,1,000-year-old araucaria trees.

Pucón is located 112 km south-east of Temuco, along the banks of Lake Villarrica, and is a popular centre for adventure tourism. Here, amid the national parks you can find hiking, watersports, waterfall rappelling, kayak tours, skiing and snowboarding in volcanoes. Experiencing the indigenous culture is one of Pucón’s most fascinating aspects. And there’s no better way than through the delicious local cuisine, which is a cultural mix of Mapuche flavours, such as pine nuts sautéed in spicy merken and digüeñe empanadas. With delicious German pastries to follow.

If rafting is your thing, just 35 km from Pucón is the Trancura river, which has different levels of river rapids. Or trying hydrospeeding and race downstream through the rough and tumble of the rapids for over an hour.

To ease your aches and pains after all the excitement head for Pucón’s geothermal springs. In the Geometric Hot Springs, 20 different hot-spring pools await in a ravine amid native forests. Also, the Rio Blanco hot springs are a great alternative in the Huerquehue National Park. These are an absolute must after a day of trekking.

Don’t miss Pucón town itself for its open-air restaurants and arts and crafts fairs, where you’ll find an array of handmade products, such as the tradition of carving flowers from local wood.
Rainforests and colonial architecture

Located along the banks of Lake Llanquihue with an incredible view of the Osorno Volcano, Puerto Varas is one of south of Chile’s must-visit cities.

The town is renowned for its mid-19th century architecture, which was influenced by the Germans. Its picturesque cathedral was declared a national monument for its baroque and neoromantic style, and the city was declared a Traditional Zone in 1996.

Just 60 km is the Vicente Pérez Rosales National Park, which is part of the Southern Andes Temperate Rainforest Biosphere Reserve. This pristine pocket of Chile is home to natural wonders including the Saltos de Petrohué and Lake Todos Los Santos, as well as native species such as the pudú, the puma and the monito del monte.

From Puerto Varas you can head to Frutillar and  Puerto Octay. Both are known for their fusion of  German tradition and Chilean culture. Open-air restaurants, arts and crafts fairs, and local stores where homemade jam and sweets are the order of the day.

The island of Chiloé

Chiloé intrigues visitors with a culture rich in myth and legends. Charmed by the local houses, which are built on stilts, visitors come here to witness the beguiling Churches of Chiloé – 16 UNESCO-listed wooden churches. It’s possible to see Chiloé on a day trip from Puerto Varas, but three days are recommended.

On the west coast of the island is the Chiloé National Park. Here, on Rahue Beach a palaeontology site offers a point of interest along with native trees, such as the Chilean myrtle and fitzroya. It’s also the haunt of the Chiloe fox and river otter, as well as the common kestrel and rock cormorant. The park’s trails offer tranquil hiking and a great chance to learn more about Chile’s native flora and fauna.

The archipelago is also known for its food, with traditional dishes such as chapalele, a delicious dumpling, and curanto – a traditional method for cooking meat and seafood underground. All are delicious and popular with locals and tourists alike.

From the bigger cities of Castro and Dalcahue you can take a food tour of the region and enjoy the chance to cook a traditional curanto.