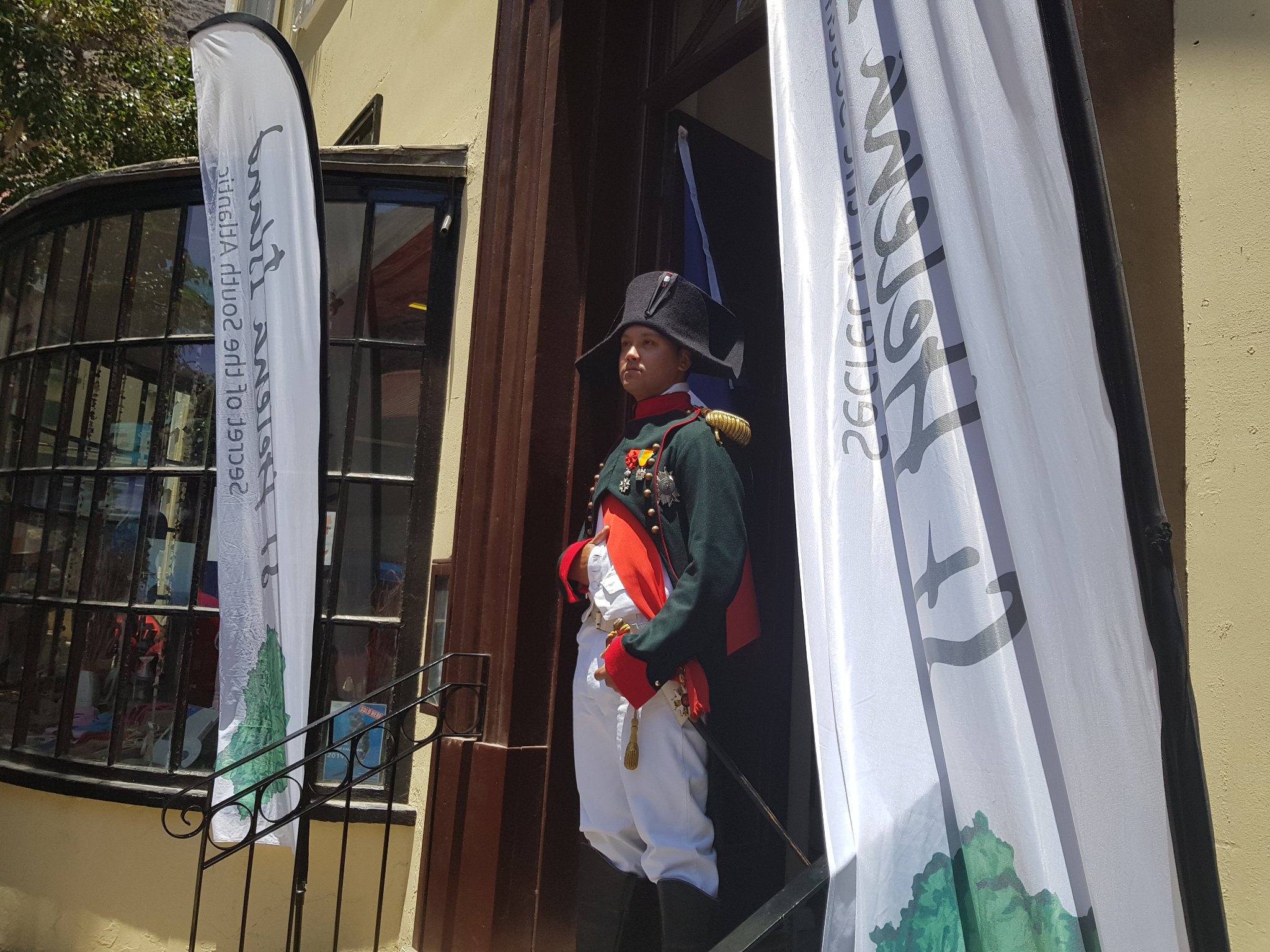 To commemorate the 200th anniversary of the French Emperor Napoleon’s death on the island in 1821, the island has recruited local Saint, Kenicke Andrews, as the island’s first Napoleon lookalike.

Having been exiled to St Helena in 1815 Napoleon lived on the island until he died in 1821. St Helena will mark the Bicentenary by commemorating the anniversary of the French Emperor Napoleon’s death on 5th May 2021, making it an important year for the island. Leading up to the Bicentenary year of Napoleon’s death, Kenicke will be called to represent events honouring the historical anniversary as the newly appointed Napoleon lookalike.

Chosen from a selection of 38 local and international candidates, 25-year-old Kenicke who is an essential member of the St Helena National Trust Blue Marine Team, is also a young local ambassador for the island. Fitting the selection criteria, Kenicke’s passionate interest in the island history and fascination of Napoleon, dates to his childhood where he played a Napoleon character in both primary and secondary school, making him the perfect candidate.

Kenicke made his debut entrance by ferry to mark the anniversary of when Napoleon first stepped ashore the island. Arriving at the main wharf landing steps he was greeted by an excited crowd. He was then led through lower Jamestown by a ‘crier’, past Porteous House, where Napoleon spent his first night on the island. Kenicke Andrews commented, “I am so proud to be able to represent my island as the new Napoleon lookalike. I’m over the moon that everyone came out to support me and to say ‘Bonjour’. I cannot wait to see what the Napoleon Bicentenary brings.”

For historian enthusiasts, 2021 is set to be one of the best years to visit the island, which is soaked in a rich history and holds key sites associated to Napoleon, including his tomb.

To book flights to St Helena for the Bicentenary, please visit flyairlink.com