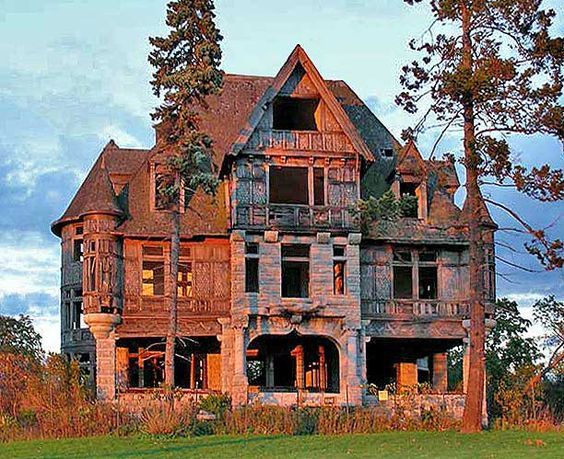 Spooktacular places to visit this Halloween

Eerie mansions and spooky castles that were once home to super wealthy, now remain deserted and lurk with history of a dark past. Their gruesome stories and alleged ghost sightings are guaranteed to give you goosebumps and shivers down the spine.

Built around 1819-1825 this majestic castle has its roots to the British Royal Family. The castle is now open to public with tours available. Various witnesses have reported eerie footstep noises on the upper deserted areas of the castle. Windows and doors randomly burst open while some claim to have seen a lady dressed in Red with piercing blue eyes. Scared yet? No? If you think you’re brave enough why not head over and take a tour? You can also spend a night at the castle to really test your guts.

Take part in vigils around the castle or stroll in the countess’s tower which is known to have the most ghost hauntings and paranormal activities. Perhaps if you’re lucky (read unlucky) the Countess may even visit you in person. 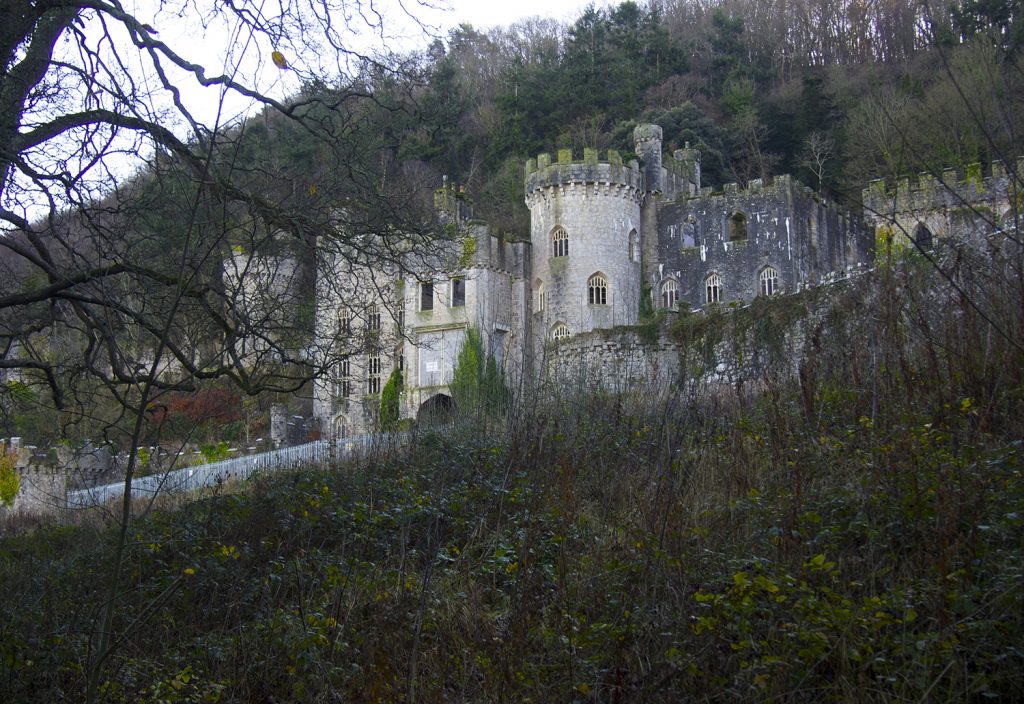 This grand mansion in the French Quarter is a famous New Orleans landmark. It was once owned by Madame Marie Delphine LaLaurie, one of the history’s deadliest serial killers, notorious for torturing and killing her slaves. When a fire broke out in the house, she fled to Paris. That’s when the neighbours discovered the horrors that had been going on in the premises. 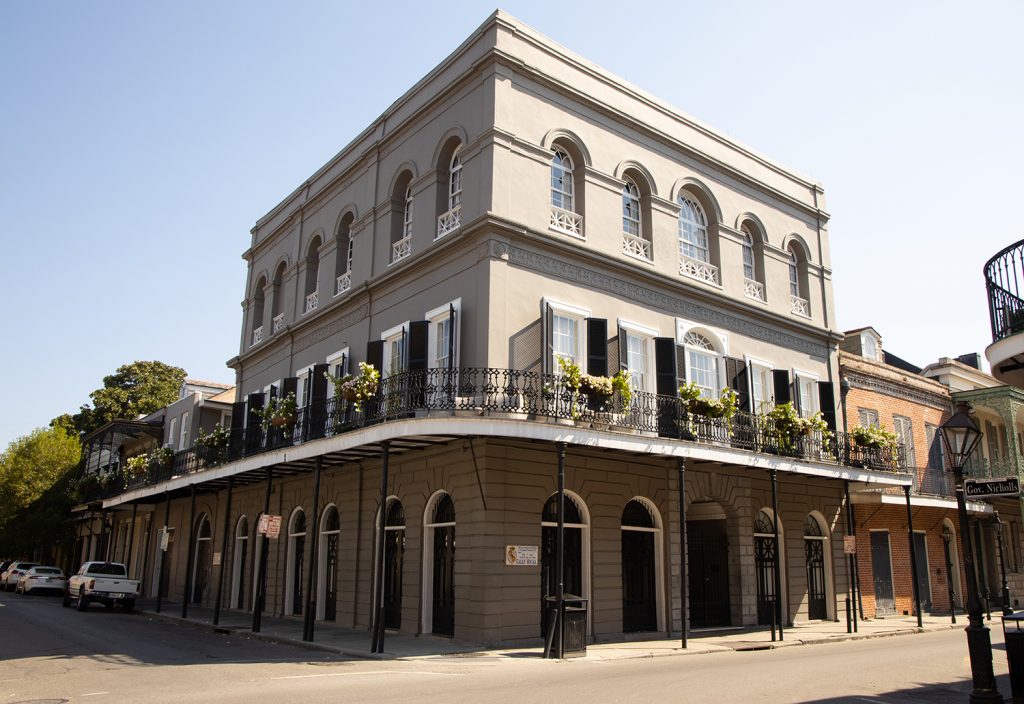 Rumor has it that a 70-year-old slave cook who had been chained to the stove by LaLaurie, started the fire. The building now is a famous tourist destination for haunted history tours. However, people are not permitted to go inside. 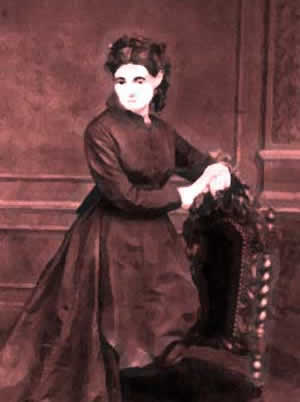 This magnificent castle right in the heart of London will scare the bejeesus out of you. Located at Tottenham, it is tainted with a dark past. On a dark winter night, you might catch a glimpse of the ghostly silhouette of Lady Constantia Lucy staring out the window. She killed herself by jumping off the castle’s balcony along with her baby. People say that it had much to do with her husband who had kept her lock and key in a tiny room. The castle is open to public and houses a mini museum. Guided tours can be booked here.

Feeling a little spooky yet? Check out this poem on Lady Lucy. 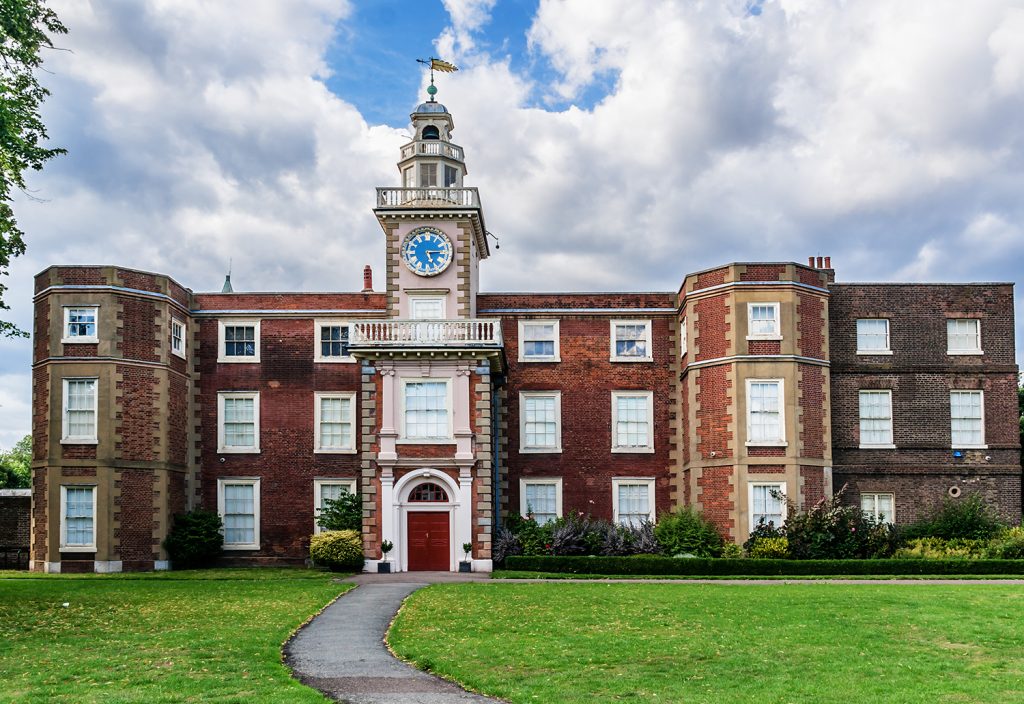 If you thought the Red Wedding from Game of Thrones was gruesome, think again. This castle built during the 13th century captures the true essence of Valar Morghulis ‘All men must die’. It is said that in this very castle one brother plunged the sword into his brother’s chest (a preist) who at the time was holding a mass in the chapel. The chapel now called the ‘Bloody chapel’ is said to be haunted with the priest’s spirit. Workmen also found a dungeon in the castle filled with truckload of human skeletons. This dungeon was used to torture prisoners at the time in the most gruesome ways possible. 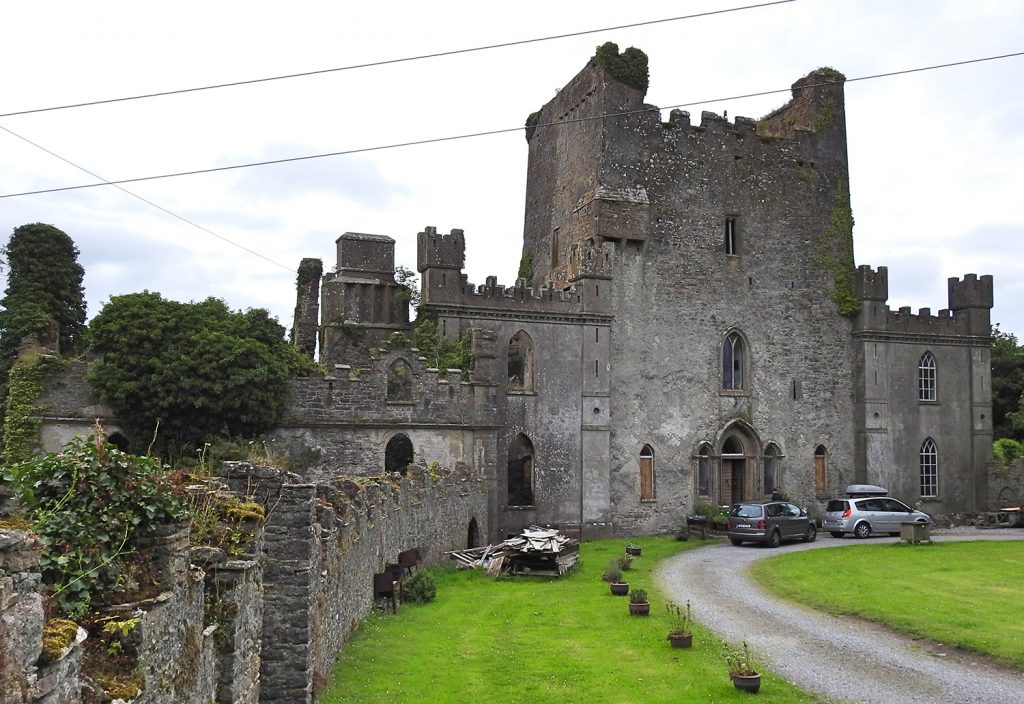 Built during the 17th century, the Bhangarh fort is infamous for being the most haunted place in India so much so that the Archaeological Survey of India has forbidden access to it after sunset. The fort is sprawled with two legends which made the local villagers move elsewhere. The fort remains completely deserted since 1783. 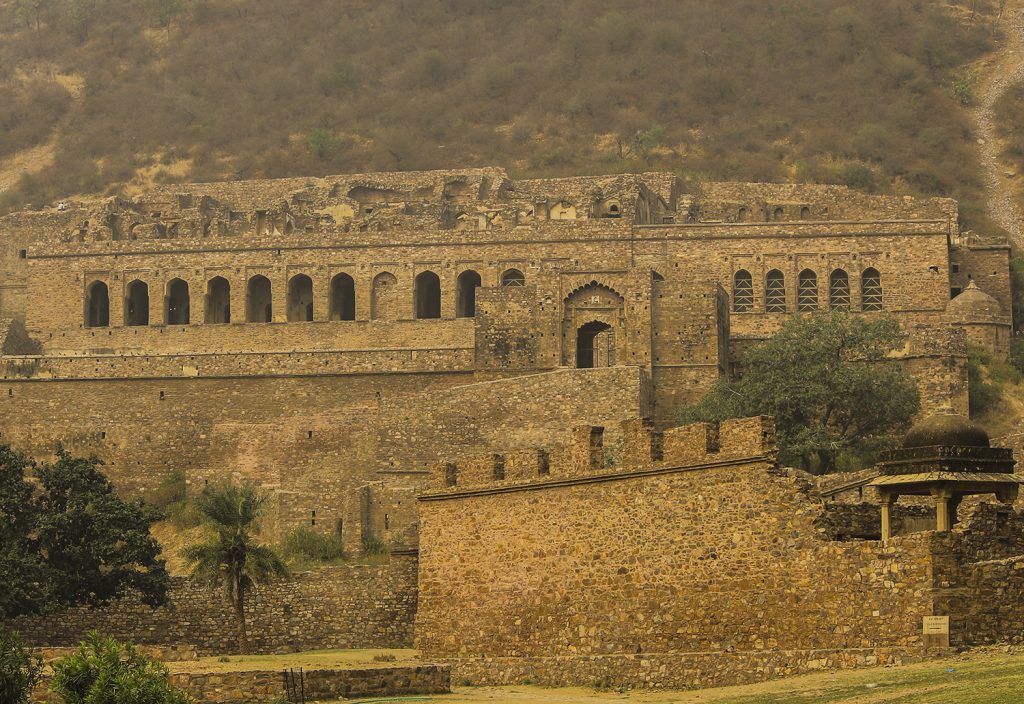 The first legend says that a king named Madho Singh raised the roof of the fort after obtaining permission from a holy man called Bala Nath who gave the permission on the condition that the shadow of the fort must never fall upon his abode. This condition was not honoured by one of the successors of Madho Singh, hence causing the fort to be engulfed in the curse of Bala Nath and doomed to eternity. 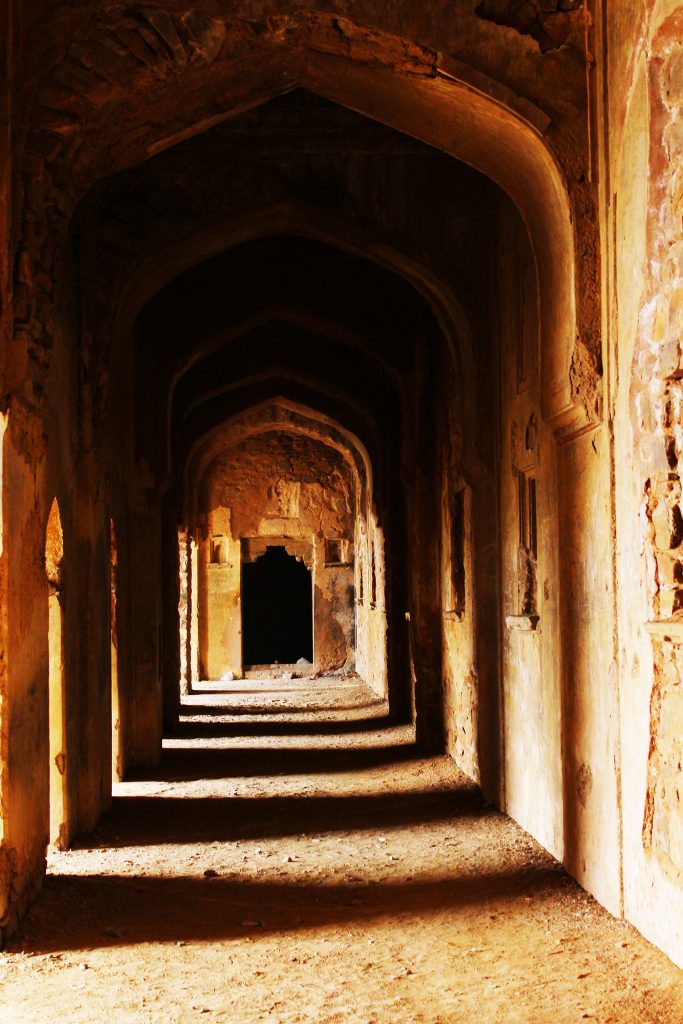 Another legend claims that a wizard Singhiya fell in love with the princess Ratnavati of Bhangarh and in order to make her fall in love with him, he bewitched her perfume. However, Ratnavati came to know of his evil plans and poured away the perfume on a massive stone boulder that crushed the wizard. Before breathing his last, he cursed the fort, condemning the inhabitants to death. The fort has been haunted since then. Locals believe that Ratnavati must come back reincarnated in a new body to lift the curse from the fort. 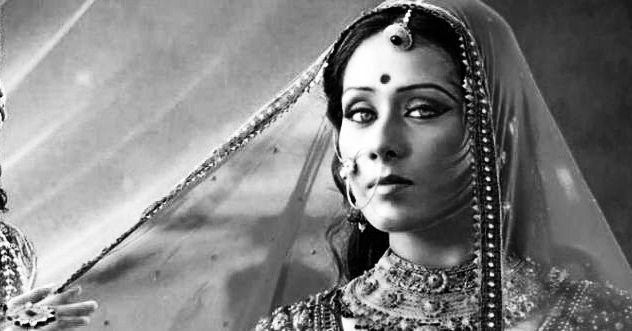 Currently it is called ‘House of Ghosts’ and can be visited with a tour guide for those who don’t have a faint heart. But be sure to visit during the daytime as locals are convinced that those who go there by nighttime, won’t live much to see the daylight.

Carleton Villa has remained inhabited for over six decades! Constructed in the 1890s, the property belonged to William O. Wyckoff who made a fortune out of selling Remington typewriters. Unfortunately, he never got to enjoy the beautiful villa as he died on his first night in the mansion in 1895 from a sudden heart attack. His wife died of cancer a month before he moved in. The words “Help Me” are scribbled on a ceiling of the villa’s story. Would you fancy buying it? The Villa now stands deserted on an island near Cape Vincent and is up for sale for $495,000 US. 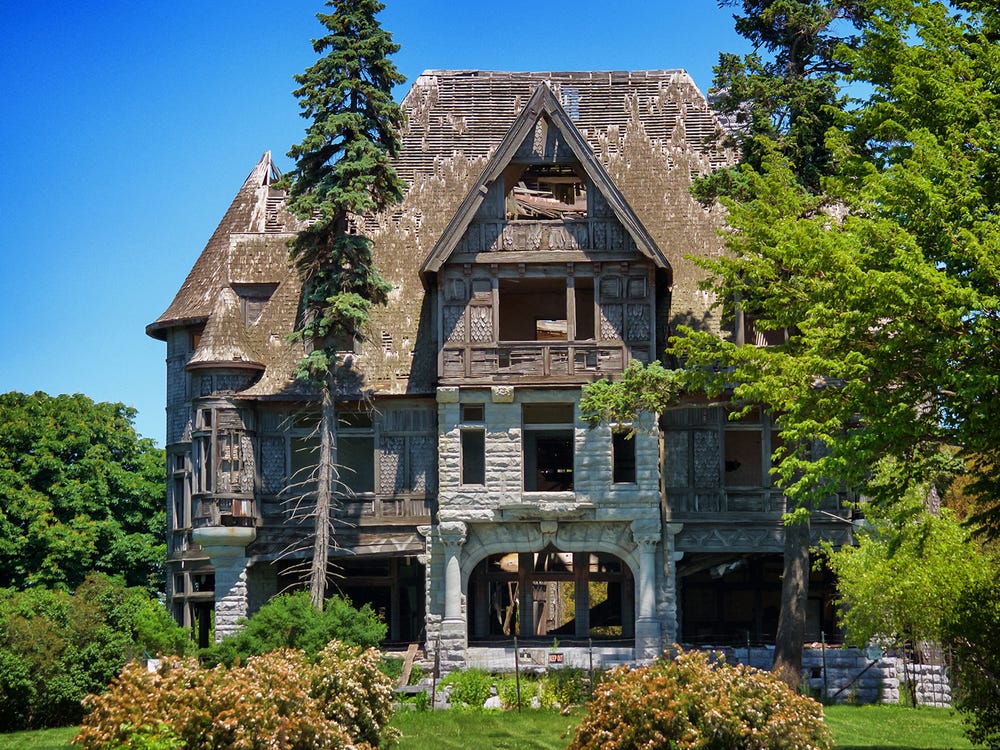 We witch you all a Happy Halloween!