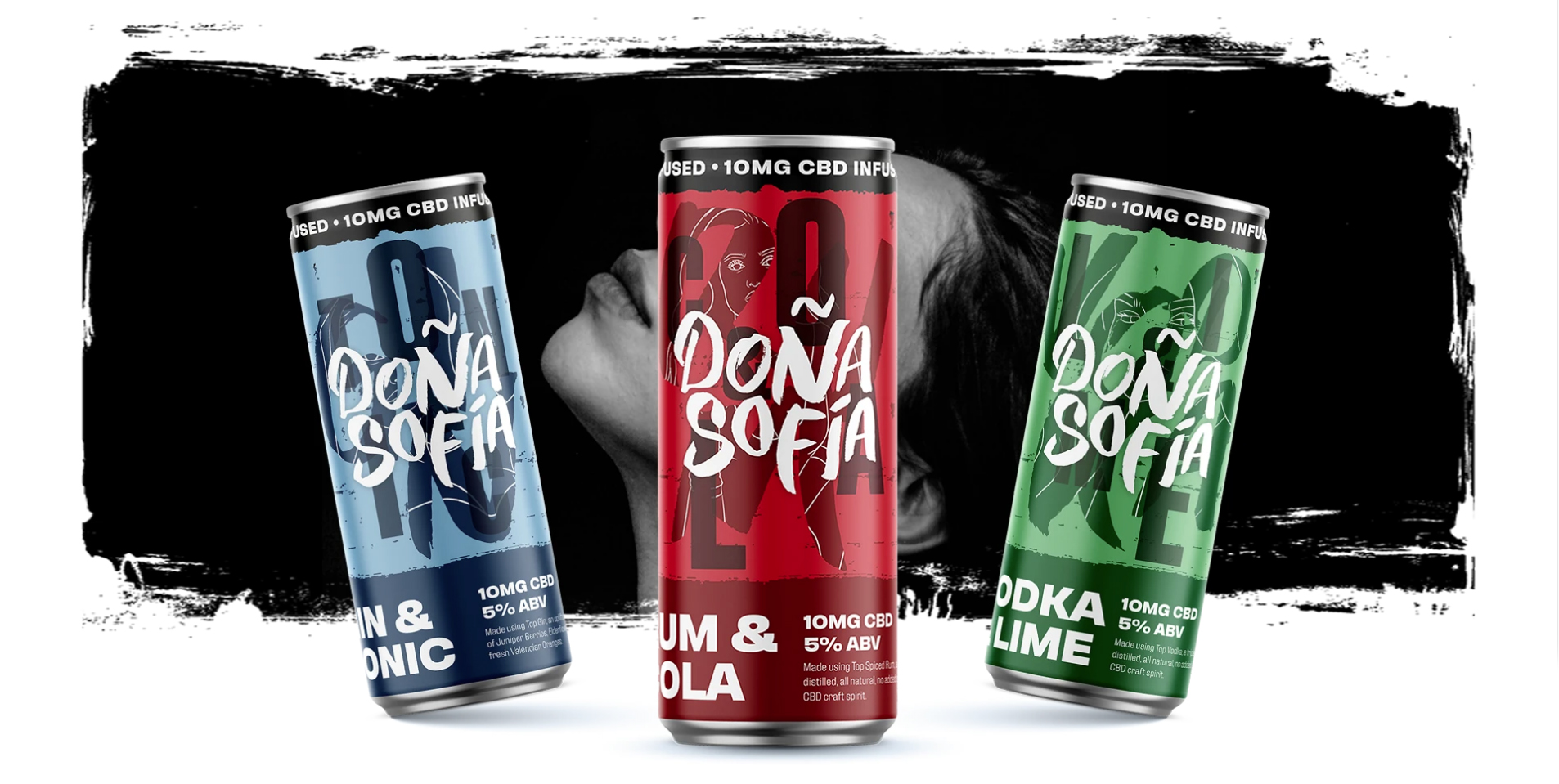 Hailed for its great taste and affordability, start-up CBD brand, Doña Sofía, launches the U.K.’s first and only CBD infused ready to drink cocktail. The first three in the range, including Gin & Tonic Vodka & Lime, Rum and Cola. The brand hopes to inspire the new generation of rebellious socialites, artists and cultural inspirators.

Doña Sofía take its name from a leading socialite in 20th century in Barcelona, known for frequenting revolutionary parties (attended by non other than Gaudi and Picasso) amalgamated the artistic spirit of the city. And with that same rebellious spirit, Doña Sofía drinks are currently inspiring the cocktail market with a range of CBD infused cocktails launching this month in the UK and Europe, with more flavours to be released later in the year.

Doña Sofía’s ethos of daring to be different, coupled with taste and affordability, it is evident that in this range which is designed for a modern lifestyle, so will appeal to those wanting an escape from the normality of current life, or, for those keeping their mind refreshed and focused in lockdown, the brand also will be releasing a range of mocktails in the near future.

Whether you are looking to release your inner self or focus on your wellbeing, whatever route that may take in the coming months. Optimising yourself worth is prominent with every consumer and Doña Sofía have conceived their CBD drinks to retrofit your lifestyle for the future.

Flavours of Doña Sofía come in Rum & Cola, Gin & Tonic and Vodka & Lime, with non-alcoholic versions of the Margarita, Martini and Cosmopolitan soon to join the family.

The infusion of CBD adds a complimentary edge to these classic combinations, the drinks are sure to recollect and conjure the artistry and spirit that their trailblazing namesake inspired in those heady days in Barcelona.