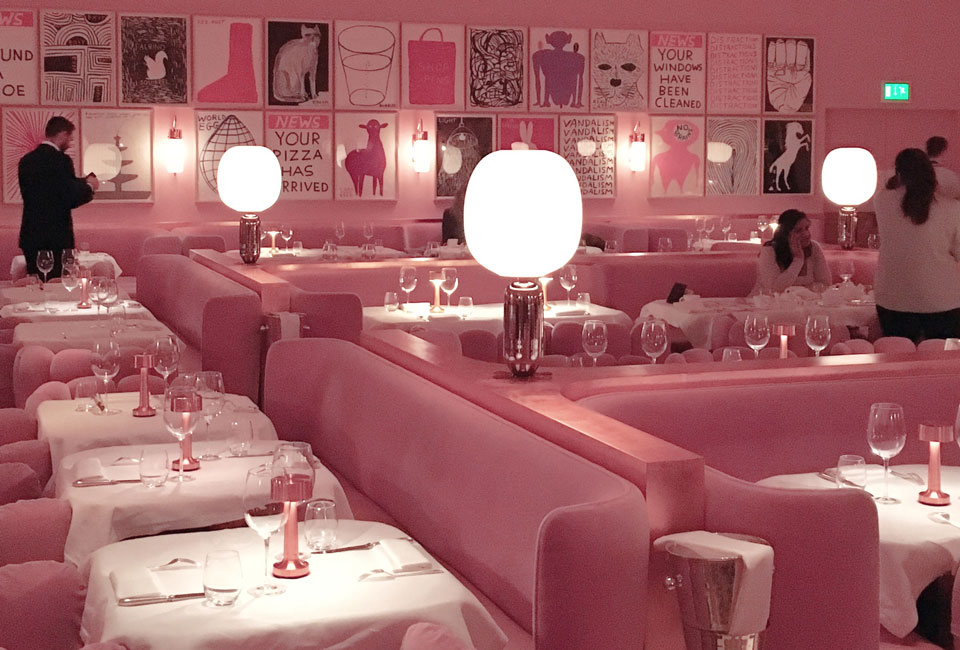 I’d heard lots about Sketch London before I finally got the chance to go. It’s been all over my social media for a while now. I arrive on a cold, dark Thursday evening, and looking from the outside, Sketch looks very cosy and inviting. It’s a large townhouse painted white and very much standing out on an otherwise dull London street.

As we enter through the thick black curtains over the door, feeling very exclusive, our eyes are drawn to the white painted game of hopscotch in the grey tiled floor. Also catching our eyes are the other intriguing neon art installations lighting up the very large, dark hallway.

Sketch is spread over four floors of restaurants and bars. There’s the Lecture room and Library upstairs which serves as a very opulent looking, dominantly red in colour, à la carte restaurant. Then there’s the Glade restaurant, which looks very dark and luxurious. 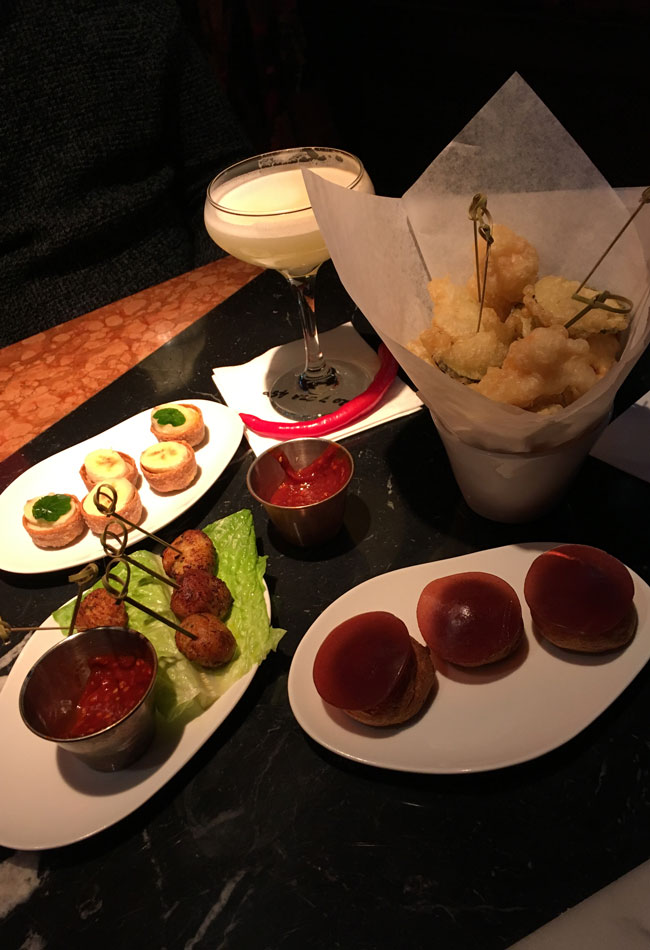 The Gallery, which has the famous all-pink interior, serves afternoon tea and has a bar. It’s called The Gallery as they hold actual art exhibitions here. The walls are covered in the work of Turner Prize nominated artist David Shrigley, whose mostly monotone original drawings clash perfectly with the pink feminine setting.
Sketch’s interior is all the work of exquisite interior designer India Mahdavi who has designed a catalogue of work at some of the most well known bars, hotels and restaurants.

The actual building of number nine Conduit Street, which is now known as Sketch is a Grade II listed building designed by Scottish designer James Wyatt in 1779 when it was the private residence of a Mr James Viner. It was home to the suffragette movement society in the early 20th century, then in the late 20th century went on to be used by Christian Dior to host his collections. The restaurant as it’s now known was conceived by the French master chef Pierre Gagnaine and restaurateur Mazouz Mourad, opened in 2003 as Sketch London with a cuisine described as ‘New French’.

We eat in the room known as The Parlour, which is a cosy and chilled bar serving Tapas food and is located on the ground floor and extends far back to a neon lit seating area. We’re seated at the front, near the bar with a view outside on to the busy street. There are heavy sumptuous curtains dressing the grand windows.

We order a selection of Tapas, small but delicious bites, including crab cakes, gougéres, tartlets and tempura.
Then, for drinks, the cocktail bar offers a good selection of classic cocktails. Plus a large selection of their own concoctions, all using quality alcohol and ingredients.
I’m normally a Mojito girl, but I go for a ‘Drunken Bee’ which consists of Tanqueray Gin, smoked orange syrup, lemon and Boston bitters. Now, I’m really not just saying this, but it’s quite possibly one of the most delicious cocktails I’ve tasted. Mixed by the lively, friendly bar staff and served with mischievously ‘phone number’ printed napkins. 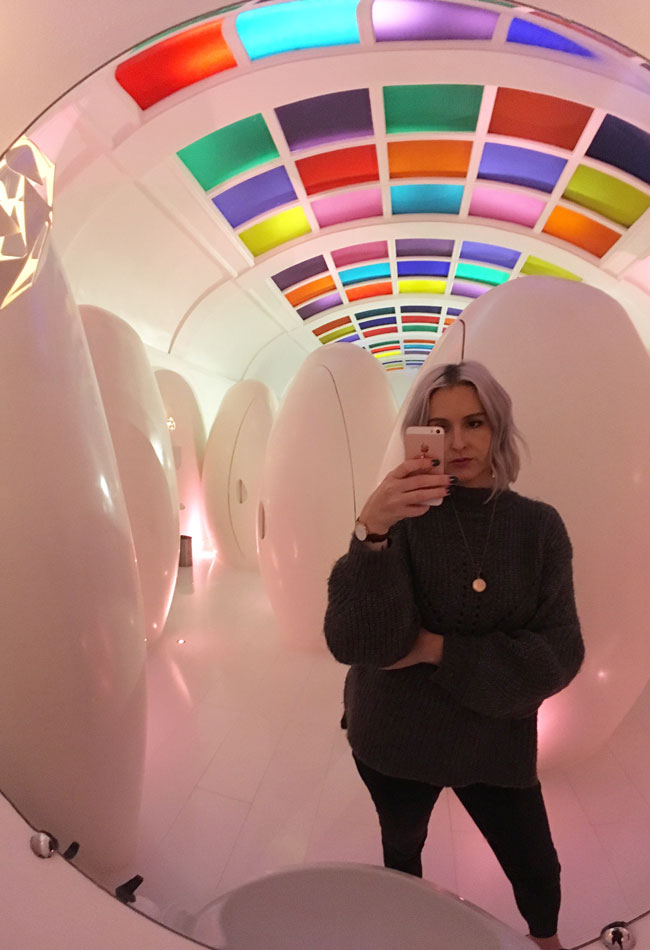 When it’s time to use the bathroom, I’m given directions ‘Through The Gallery to the door at the end, then follow the pink lights up the stairs!’ This leads to the trademark bathroom here at Sketch, which has unusually designed individual toilet ‘pods’ – free standing white egg shaped rooms – very futuristic looking! The curved ceiling is a colourful grid of rainbow coloured square lighting. I proceed to take my coveted ‘mirror Sketch bathroom selfie’ and I’m ready to leave for the evening.