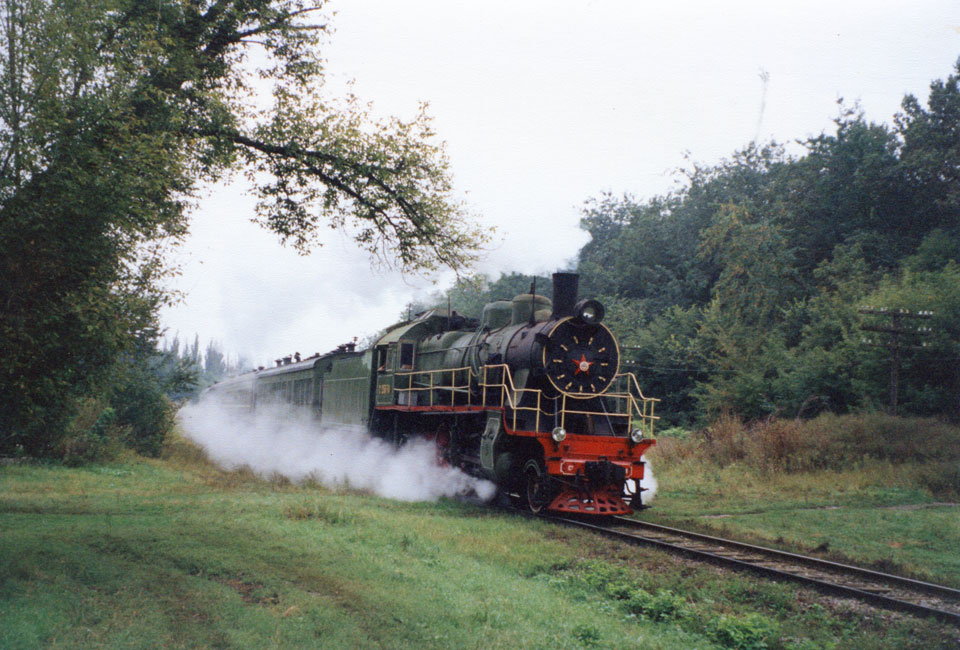 Russia & the Caucasus by steam and untouched Siberia

Golden Eagle Luxury Trains, the world’s leading operator of luxury rail tours by private train, continues to pioneer railway journeys to some of the world’s most intriguing destinations. Introduced for 2018 aboard the gleaming Golden Eagle private train are two wholly unique and fascinating journeys: the BAM Explorer which uncovers little-visited Siberia along the lesser-known railway line to the north of the Trans-Siberian railway; and Caucasian VI, an epic 15-day passage by steam, covering 3,500 miles from Moscow to the North Caucasus, hauled by 21 restored Soviet-era steam locomotives. With Russia and its neighbouring countries changing so rapidly, now is an exciting time to visit.

From Siberia’s grand wilderness and the Nomadic lands of Mongolia to the ancient landscapes of Persia, rail cruising allows access to the very heart of these remote and otherwise largely inaccessible regions. The experience is care-free aboard the Golden Eagle luxury hotel-on-wheels, with meticulously planned itineraries, fine dining menus, fully guided sightseeing, and on board activities such as vodka tastings and Russian language lessons.

Trans-Siberian BAM Explorer
Running parallel to the north of the famous Trans-Siberian line, the Baikal-Amur-Magistral (BAM) railway visits areas rarely experienced by foreign travellers along Russia’s final frontier. Extraordinarily this engineering feat, which took 60 years to complete across some of the world’s most inhospitable terrain, was constructed in almost complete secrecy.

Step aboard the Golden Eagle in Vladivostok to head north to meet the eastern terminus of the BAM mainline at Sovetskaya Gavan, where the rail adventure to discover the lesser-known communities and outstanding untouched beauty of Siberia begins. Visit Vanino and Vysokorgonaya – both linked to the goldfields; Komsomolsk, the gulag labour camp capital of the Russian Far East; Tynda, the largest town in the region with its museum offering a fascinating insight into the building of the BAM railway; Nerchinsk which leads a forgotten existence since being bypassed by the Trans-Siberian line; and Sretensk, another community surviving far from the beaten track despite its isolation. The Golden Eagle then returns to more familiar ground on the main Trans-Siberian line to Irkutsk and the stunning Lake Baikal branch line, before arriving in time for the spectacular Naadam Festival in the Mongolian capital of Ulaan Baatar. Price: from £12,895pp, including 4 nights’ hotel accommodation (1 in Vladivostok, 3 in Ulaan Baatar) and 10 nights’ on the Golden Eagle. Departs: 29 June 2018. 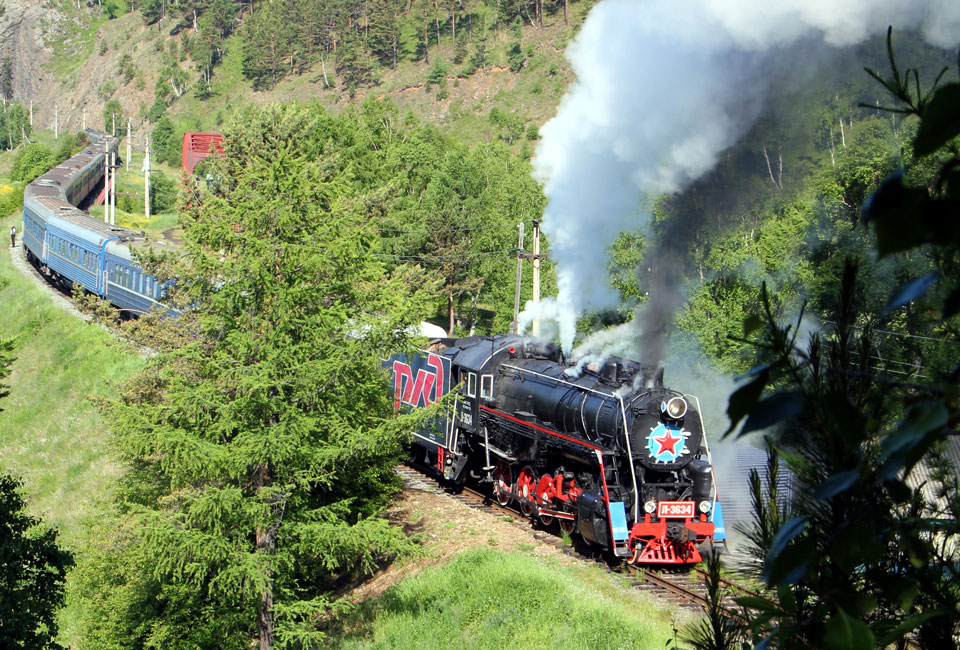 Caucasian VI
This impressive one-off steam journey offers a constantly changing window on a rarely explored part of south-west Russia and returns Golden Eagle Luxury Trains to the area of its very first rail tour of Russia in 1992. The Golden Eagle will be hauled throughout by 21 different Soviet-era steam locomotives, covering 3,500 miles from Moscow down to the North Caucasus and along the warm waters of the Black Sea coast, before looping back to the Russian capital.

After sightseeing in Moscow, which includes a private viewing of the Kremlin, the train will venture south hauled by a selection of stunning P36 locomotives, to the historic city of Saratov on the banks of the Volga River, and Astrakhan, Russia’s Caviar capital. Moving west, explore the captivating cities at the foothills of Caucasus Mountains, including Grozny in Chechnya, as well as the Mineralniye Vodi area, a former holiday playground of the Soviet elite. Further highlights of this unique steam-hauled tour include a picturesque narrow gauge railway journey through the remote Guamsky Canyon; meandering along the scenic coastal ‘Russian Riviera’ line to Sochi for a tour of the Winter Olympic city; a trip on the miniature Gagarin Children’s Railway around Nikolai Ostrovsky Park; and visiting Volgograd (the former Stalingrad) where one of the most important Second World War battles took place. Price: from £9,995pp, including 2 nights’ hotel accommodation in Moscow and 12 nights’ on the Golden Eagle. Departs: 29 September 2018.

Trans-Siberian Express: One of the world’s greatest railway journeys, from Moscow to Vladivostok.
Trans-Mongolian Express: Rail it from Moscow to Ulaan Baatar to enjoy Mongolia’s Naadam Festival.
Winter Wonderland: The Trans-Siberian route in winter, when the scenery is staggeringly beautiful.
Arctic Explorer: Embark on a rail adventure deep into the Arctic Circle in search for the Northern Lights, starting in St Petersburg and ending in Moscow.
Caspian Odyssey: From the Armenian capital of Yerevan, travel through the South Caucasus and trading posts of the Silk Road to Almaty in Kazakhstan.
Silk Road: Retrace the ancient trading routes on this epic journey stretching from Moscow to Beijing, passing through Kazakhstan, Uzbekistan and Turkmenistan, reaching areas only accessible by train.
Persian Odyssey: Travel from Moscow, via the Silk Road, to Iran’s capital, Tehran on this pioneering journey, passing through Kazakhstan, Uzbekistan and Turkmenistan en route to Persia.
Heart of Persia: Beginning and ending in Tehran, this 14-day discovery centres wholly on Iran, visiting places that have long been off the tourist map; it also includes an overnight trip on an Iranian pilgrimage train.

Prices above are per person, based on 2 sharing a Silver Class cabin, and include all drinks with meals (inc. a generous allowance of quality wines), fully guided off-train excursions programme, porterage, arrival and departure transfers, services of a Tour Manager and gratuities. Hotel accommodation is 5-star (4 in Vladivostok). Flights are extra.