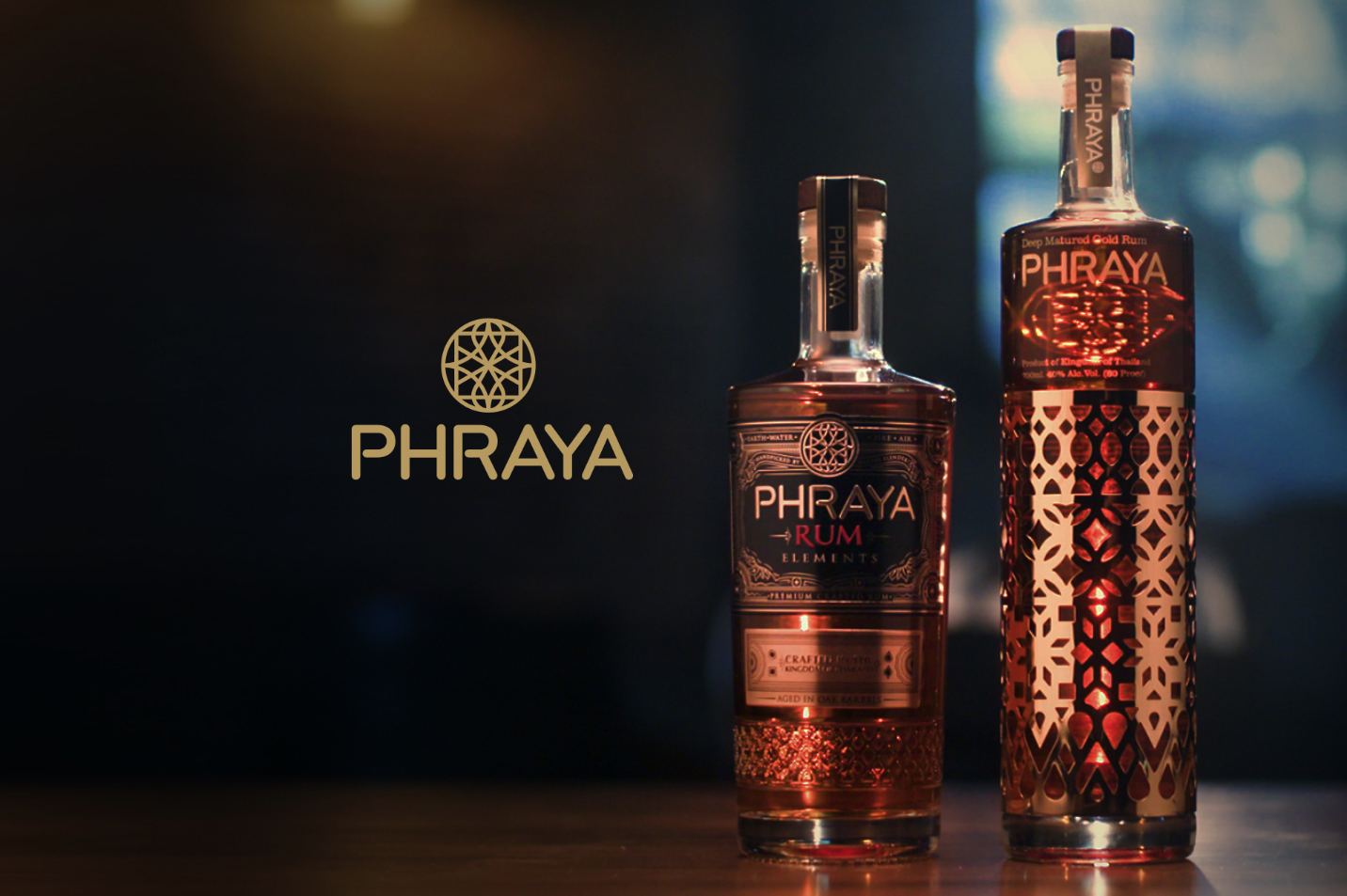 The word Phraya evokes luxury and sophistication. A traditional Thai word that refers to the highest rank bestowed upon a person by the king, it is a fitting title for one of the world’s finest spirits, Phraya Rum.

Unlike any other in the world, Phraya rum sits in a league of its own. This modernist liquid gold is considered to be the only luxury Asian rum and comfortably sits alongside some of the world’s finest offerings.

Crafted from locally-sourced sugarcane and matured using age-old techniques. Phraya Deep Matured Gold Rum is a product of innovation and luxury, distilled in column stills and aged in charred oak barrels that sit over river-mouth lagoons. The lagoons’ cool waters help to slow down the maturation process, resulting in Phraya’s distinctive amber colour and depth of flavour.

Distilled, aged, blended and bottled at Thailand’s oldest and most respected rum distillery, SangSom Distillery in Nakhon Pathom, Thailand’s oldest city. Phraya is shaped using a unique maturation process, developed to complement the climate of Southeast Asia — a method that has resulted in the rum’s distinctive depth of colour, aroma and flavour.

The production process takes seven to twelve years and was inspired by ancient philosophies and the world’s four elements: earth, water, fire and air. Each plays a vital role in the creation of Phraya:

Phraya it is smooth, rich and perfectly balanced with aromas of vanilla, honey, raisins and coconut, as well as hints of clove, Phraya Deep Matured Gold Rum is best served neat, in order to savour its delicate sweetness. The flavour is reminiscent of crème brûlée and butterscotch, with an underlying touch of pineapple and citrus, ending with playful notes of vanilla.