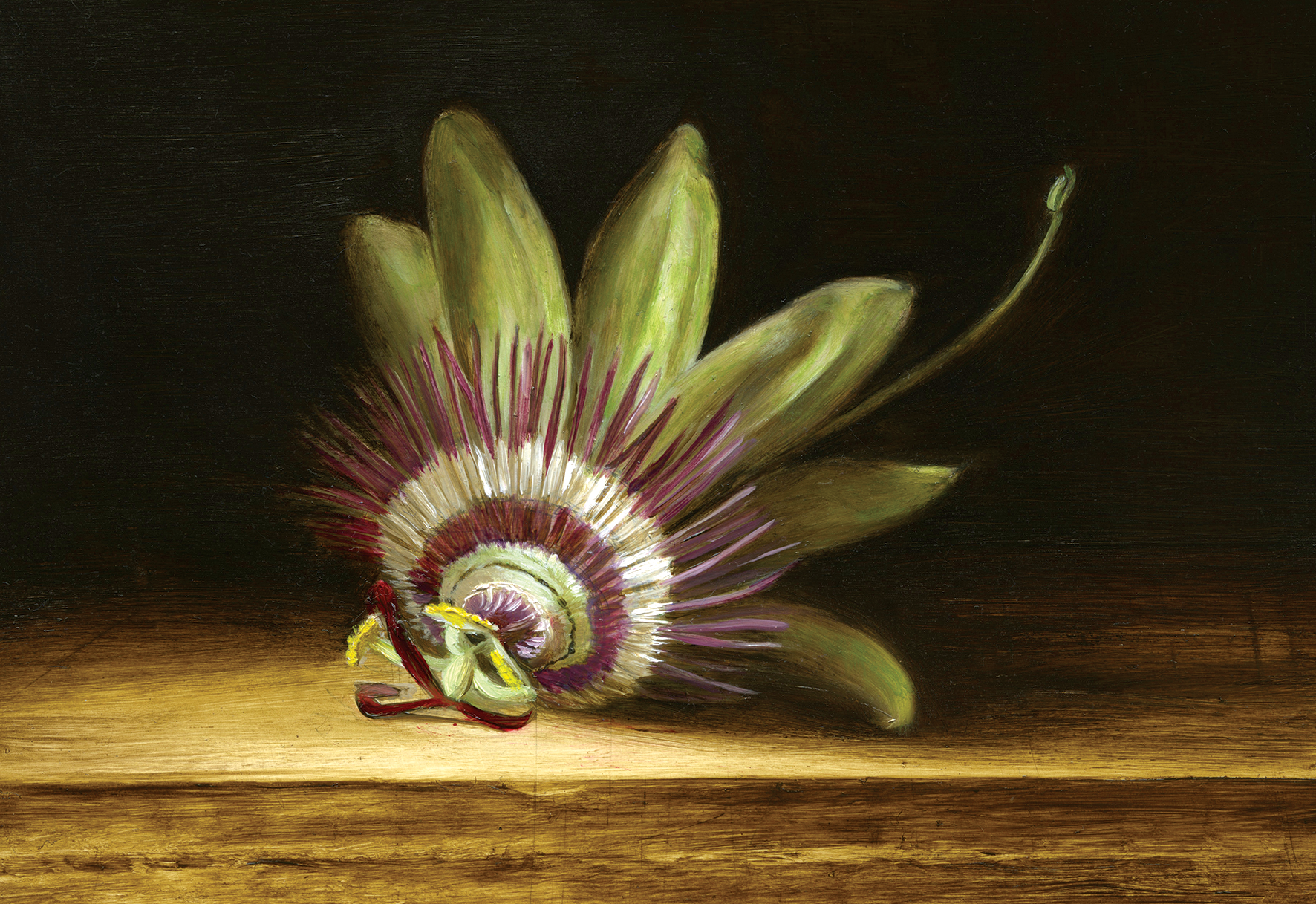 Crafted entirely using the techniques of 17th century Holland, the exquisite paintings of Tanja Möderscheim are an inspired homage to days gone by

Tanja Möderscheim’s small, intimate paintings and large statement pieces are increasingly seen as desirable fine objects, collected to complement country and city homes. Setting these paintings apart is the artist’s dedication to meticulously crafting her work in a 17th century Dutch style, using the techniques and pigments used during the Dutch Golden Age. Noted examples are the lead-tin yellow in Rembrandt’s golden highlights and the valuable Afghan lapis lazuli in Vermeer’s dresses: these are among the pigments on Möderscheim’s palette.

The paintings communicate a simple enjoyment of beauty and light. Beneath many paintings, however, lies a story of heritage and tradition. Möderscheim celebrates her Dutch heritage by painting antique Delft Blue vases and 16th-19th century tulips. Each year she grows a large collection of heritage tulips – sourced from the gene bank Hortus Bulborum – in her garden; her oldest tulips originate from the late 1500s. Other paintings show game birds traditionally reserved for the aristocracy, such as the red-legged partridge. Often these paintings feature falconry paraphernalia as a nod to 17th century Dutch hunting practice. However, the artist also simply delights in painting the beauty of fruit in raking light – a subject often depicted by artists in 17th century Holland.

The artist does not just celebrate the traditions of centuries past – homage is also paid to today’s artisans and vendors. A shining example is her beautiful study of the Cantaloupe melons sold in the market squares of Provence in France. She has also collaborated with the BBC Food and Farming Awards and members of the Collège Culinaure de France

As homage to heritage and tradition or simply enjoyed for their beauty, these Dutch paintings are increasingly collected by purveyors of the finer things in life.