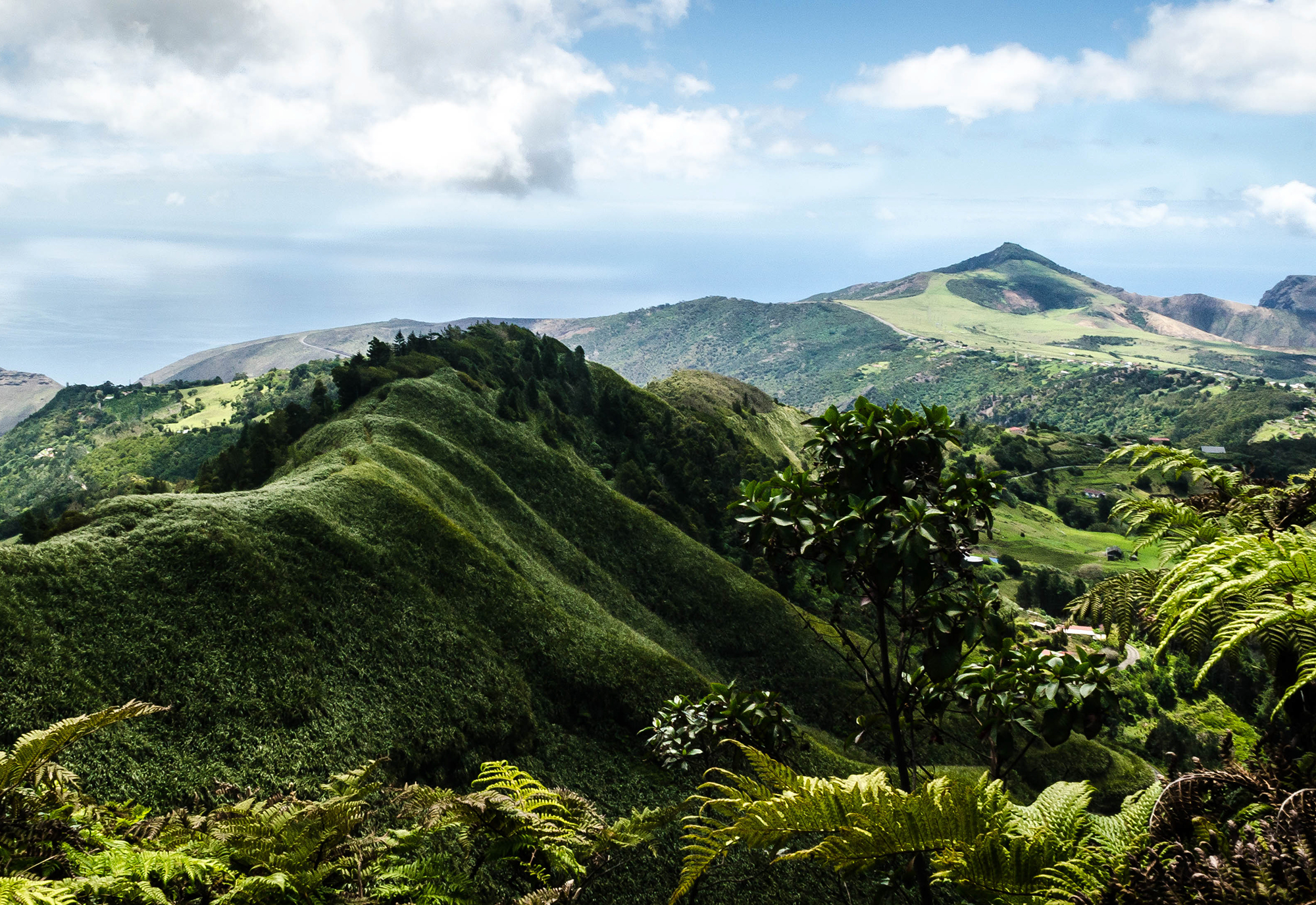 Rising 823 metres above sea level, the panoramic vista from Diana’s peak on the island of St Helena defies superlatives. From dense cloud forests to sheer, rugged cliffs and views out over the vast Atlantic, the hike to the top is one of the most rewarding on the planet. Measuring 122 sq-km, St Helena is a British Territory in the middle of the Atlantic, 1,920km east of Angola and some 3,260km due west of Brazil. The island’s compact size makes you feel like you are standing on top of the world as you scan the horizon for continents beyond. On St Helena, volcanic landscapes meet virgin cloud forests to create an otherworldly landscape that borders on the incomparable.

Spare a thought for Joao Da Nova, the Portuguese navigator who first came upon the island in 1502. Named after the Empress of the Roman Empire, whose birthday was on the day the island was discovered, St Helena Island would ironically become a patron to its nautical pilgrims. As a paradise abundant with vegetation, fresh water and a relatively safe anchorage, St Helena quickly became one of the most contested pieces of real estate on the planet, its location aiding prosperous voyages from the Far East and Europe.
The stakes were raised in the early 16th century, as frequent hostilities ensued between the Portuguese, Dutch and English, all laying claim to the island. This resulted in bloody battles, and after a series of salvos, it would be the English who would shape St Helena’s future.

Utilising the precarious cliff faces, under East India Company rule, the English began to fortify the island to protect the St George’s flag. With 400 settlers arriving in 1659, the first permanent village was established in the capital, Jamestown, where St James Church was built. Today this iconic place of worship represents the oldest Anglican Church in the southern hemisphere.

The 4,700 Saint Helenians – or ‘Saints’ as they are commonly referred to – play a big role in making the island so special. With origins spread as far as China, Malay, Africa and Europe, the diverse cultural mix is one of charming warmth and curiosity. Although primarily of British descent, the faces of St Helenians reflect the cultures of the world.
Slave blood runs deep too, with most of the settlers and military of the past being supported by slaves from West Africa or of Malagasy origin. Some never returned home, even after the pioneering movement of ‘slaves born free’ was sanctioned by Governor Sir Hudson Lowe on Christmas Day of 1818.

Resting place of an emperor

October 15, 1815 was the day that means St Helena will forever be etched in history. Arriving as a military prisoner aboard the HMS Northumberland was fallen French emperor Napoleon Bonaparte, who would for the last time set foot on foreign soil. For the English, and the island, this was a time of economic boom, and the additional security forces that were brought in to guard Napoleon would boost the population almost double. Napoleon is said to have found his prison home a great disappointment, a far cry from the palaces of his glory days.

His death on the 5th May, 1821 was shrouded in theories of foul play, with arsenic poisoning suspected. This was fuelled by Napoleon writing three weeks prior, “my death is premature, I have been assassinated by the English oligarchy and their hired murderer”.

Whilst forensics proved the presence of arsenic in the wallpaper of his prison home, and traces in his hair, modern scientists concluded that it was insufficient to have killed him. It was likely that it was not slow poisoning he died from but cancer of the stomach.

Napoleon was laid to rest in a spot of his choosing – Sane Valley, surrounded by geraniums, where his body would remain until it was repatriated 25 years later.
The island’s short-lived prosperity would end at this point. The population shrank back to previous numbers, and the East India Company would soon hand over to the British Crown – Napoleon’s prison home at Longwood House was nothing more than an animal pen until it became French property in 1858.

Restored to its former glory, Longwood House is today perhaps the most visited and poignant museum on St Helena and a key attraction with its well-preserved furniture and over 900 original artefacts. 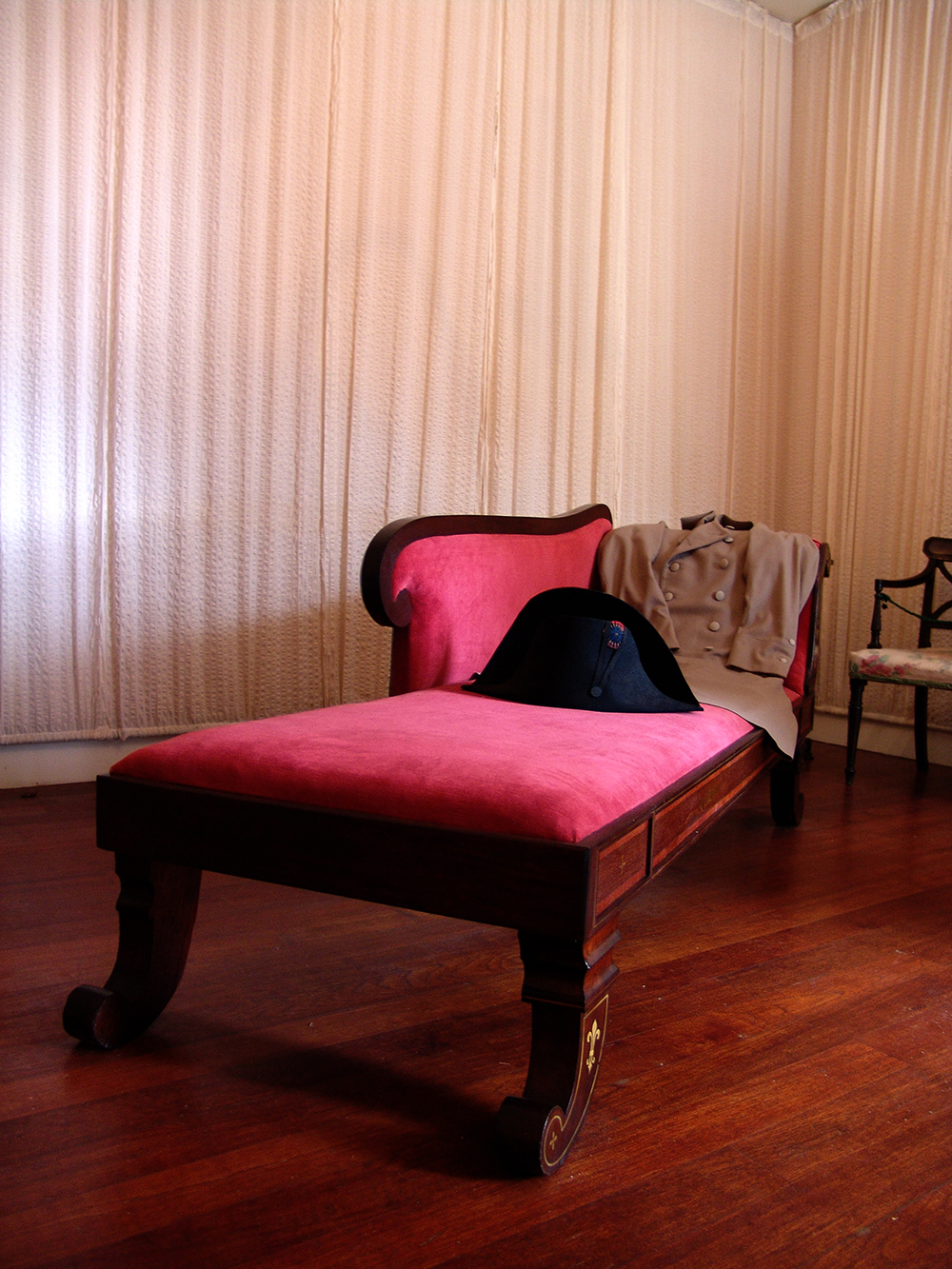 Today, St Helena combines the richest heritage, culture and history with stunning adventure and ecotourism opportunities. A unique ecosystem, St Helena is focused on a creating a legacy of conservation and much has been done to revive endemic species from the brink of extinction. Environmental organisations work passionately, propagating seedlings and reintroducing them to their natural habitats.

The Millennium Forest – a community-based campaign – marked the turn of the century by teaching future generations the importance of regeneration by replanting an entire endemic gumwood forest. It is estimated that over 10,000 trees have been planted since the project was launched – many of these are dedicated to the memory of loved ones.
The rich waters surrounding St Helena support a diverse array of marine life, including many native species of fish, migratory humpback whale, the majestic whale shark and hawksbill turtle.

During the summer months, particularly January and February, the whale sharks are drawn to the island. The strictly regulated interactions with these magnificent beasts are a huge attraction for any visitor, but it is the scientific interest that makes St Helenian encounters all the more unique. As the only known place in the world to have equal ratio of male and female adults, researchers believe St Helena offers a unique insight into the whale shark mating cycle. There is a range of tours available for those keen to get out on the water and explore the island’s incredible marine life.

St Helena offers spectacular hiking opportunities for people of all fitness levels. The trails comprise a network of 21 ‘post box walks’ that filter off the main roads, providing a gateway to the island’s stunning interior. The hikes vary in intensity, but all offer breathtaking views. A post box at the end of each hike provides the opportunity to sign a visitor book and collect a bespoke stamp.

There are less challenging trails too, such as the Boundary Walk – part of the 12 mile perimeter area that Napoleon was free to roam. 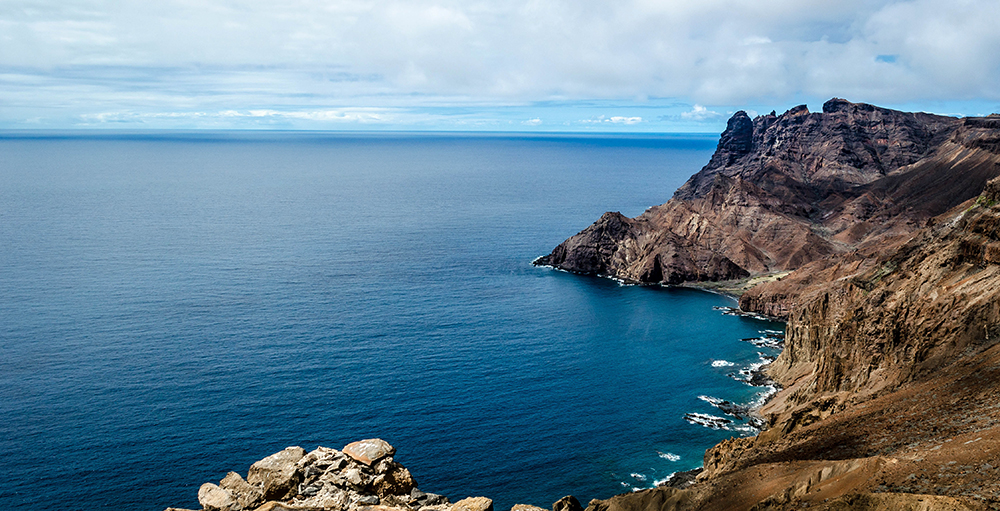 Another great way to learn about St Helena’s terrain is a relaxing tour of one of the coffee plantations. Known for its beautifully balanced notes of citrus, honey, berry and stone fruits, the island’s coffee is one of the many unique treats on offer. Or how about visiting what is perhaps the world’s most remote distillery? The island’s gin is sourced from the local juniper berry; or maybe try Tungi, which is made from the abundant prickly pear. Enjoying a sundowner at the Great High Knoll Fort is also a St Helena essential.

St Helena Tourism is ready and waiting to make sure you get the most out of your trip. With hiking maps and information on diving, or astronomical observatories and museums, as well as advising on an outstanding range of accommodation. Be sure not to miss the island’s 7 Wonders, including the legendary heart-shaped waterfall and High Knoll Fort.

St Helena is an incredible place to explore and is tailor-made for those looking to get off the beaten track. From world-class scuba diving, to incredible hiking trails, it is an adventure island destination to rival the very best. The history is fascinating, and whether exploring old forts or the final resting place of Napoleon, St Helena is rich with intrigue. The night sky is as pure as it gets, allowing stargazers a rare opportunity to explore the great beyond and follow in the footsteps of legendary astronomers Halley and Maskelyne.

There are few places on the planet where travellers still get a sense of discovery – to visit St Helena is to visit a another world.