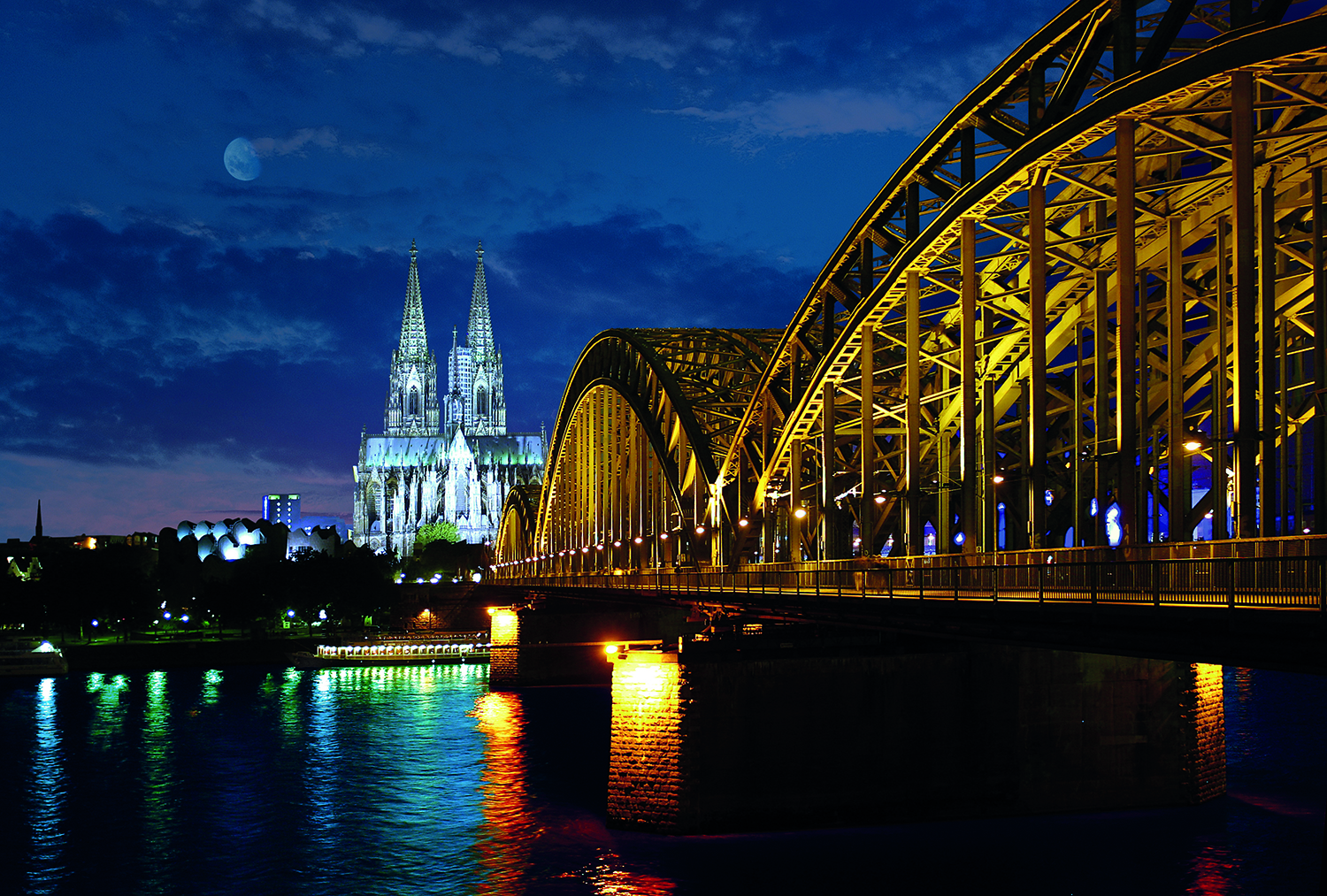 Cologne takes the title of the largest city on the Rhine, the river that runs like a vein through the heart of Germany. The city has now spread to both sides of the river, the left side being the original settlement of the Romans around 2,000 years ago. It is, without a doubt, swiftly becoming a hotspot for tourists, due to the counterpointing of old and new that now exists there. Museums and shops abound, supplying visitors with a myriad of artistic and historic triumphs, as well as a wealth of high-end shopping opportunities.

Traversing Cologne’s unique neighbourhoods could not be easier, the city can be conveniently divided into individual districts. And among them are those that hold the keys to the spectacular sights and attractions of the city. Ehrenfeld is often referred to as the ‘cool’ district, sitting just north west of the Rhine, the Neptunbad Spa and Wellness Centre can provide much needed respite. Innenstadt holds the centre of the city, home to the sublime Cologne Cathedral and high-street shopping districts. Nippes is a chilled-out area, in which you’ll find the expansive Cologne Zoo and Railway Museum.

Cologne is brimming with inviting bars and restaurants for you to put your feet up in the midst of your exploring. Gilden Im Zims sits in the heart of the bustling Heumarkt with a beautiful facade that was built around the year 1568. Guests can sit outside and admire the square or find room on the four levels that the building is comprised of. Here, patrons can become well-acquainted with the signature Cologne beverage named Kölsch. A light, elegant beer served in a small glass. The servers can be seen floating special trays (or Kranz) full of Kölsch through the crowds, these waiters are lovingly known as Köbes. 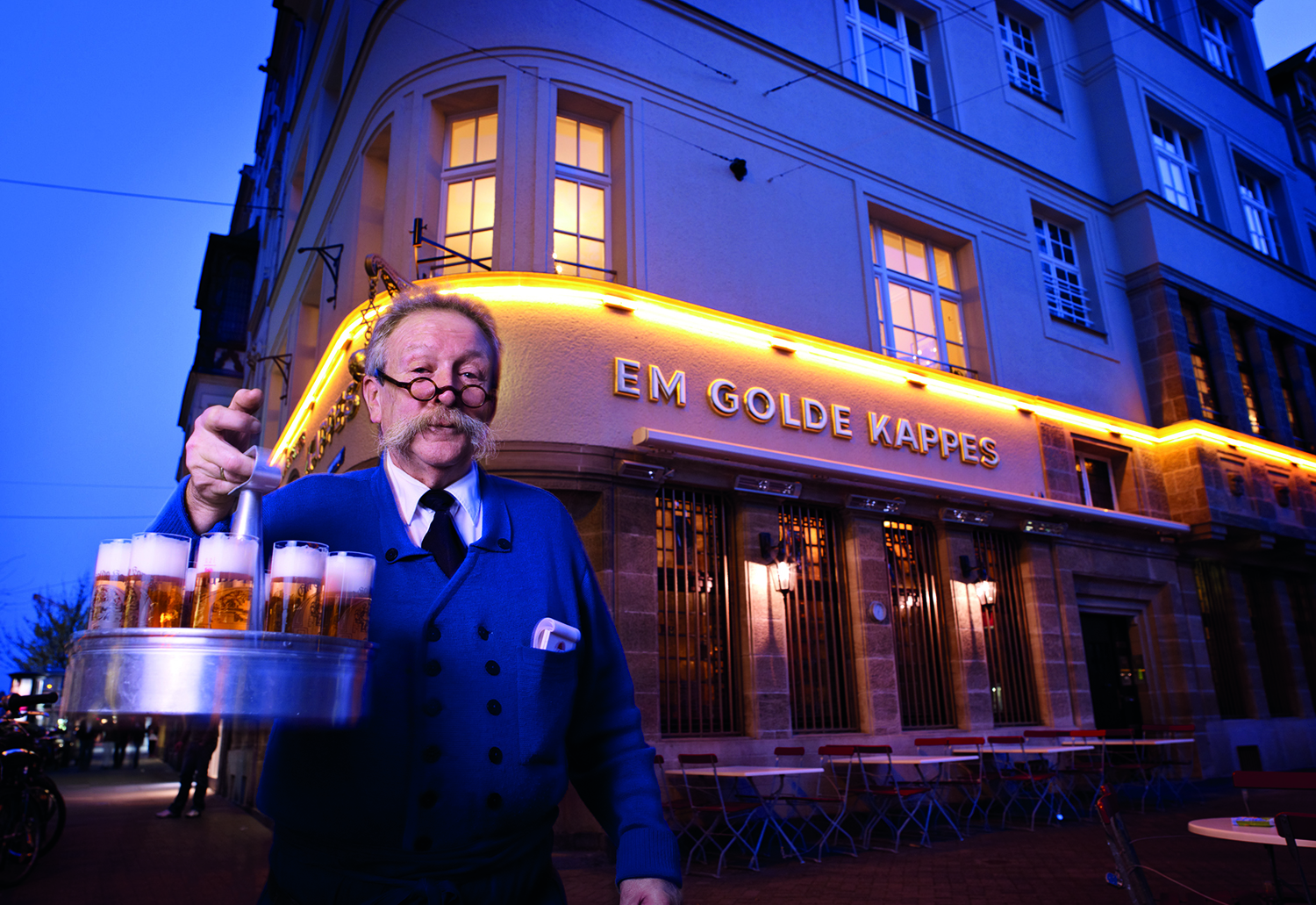 Museum Ludwig certainly draws a justifiably large amount of attention. Home to the largest Pop Art collection outside of the USA, Andy Warhol and Roy Lichtenstein are some of the artists that have work residing there. The contemporary feminist artist Nil Yalter recently curated an astounding collection of artworks entitled ‘Exile Is a Hard Job’, and an exhibition entitled “Transcorporealities” that is the fifth instalment in the HERE AND NOW series curated by the museum is set to start on the 21 September 2019. If you prefer a more easy-going artistic experience, the LANXESS arena might be the place for you. The 20000-capacity arena has housed just about everyone, from Luciano Pavarotti to Kylie Minogue.

Whilst making your way through Cologne, if you look skywards, you will regularly be met with the same, awe-inspiring sight. The Cologne Cathedral’s twin spires pierce the skyline. The gothic church was named a World Heritage Site in 1996 and holds within it the Shrine of the Three Kings. It is the third tallest, twin-spired church in the world, standing at 157 metres, and is Germany´s most visited tourist attraction with 6 million visitors a year. The church was originally built in 1248, but is not without its modern touches, featuring a stained-glass window of contemporary design by Gerard Richter. Those who venture below ground will find remains of ancient Rome, including walls, coins and decorative mosaics. Another attraction that is popular among tourists is the Schokoladen Museum located in the Rheinau Harbour. Guests are treated to an informative tour through the five-thousand year history of cocoa, as well as a glimpse into the process of harvesting and shipping it. They will also get the chance to see it made and packaged, and marvel at the impressive chocolate fountain that resides within the exhibition space. 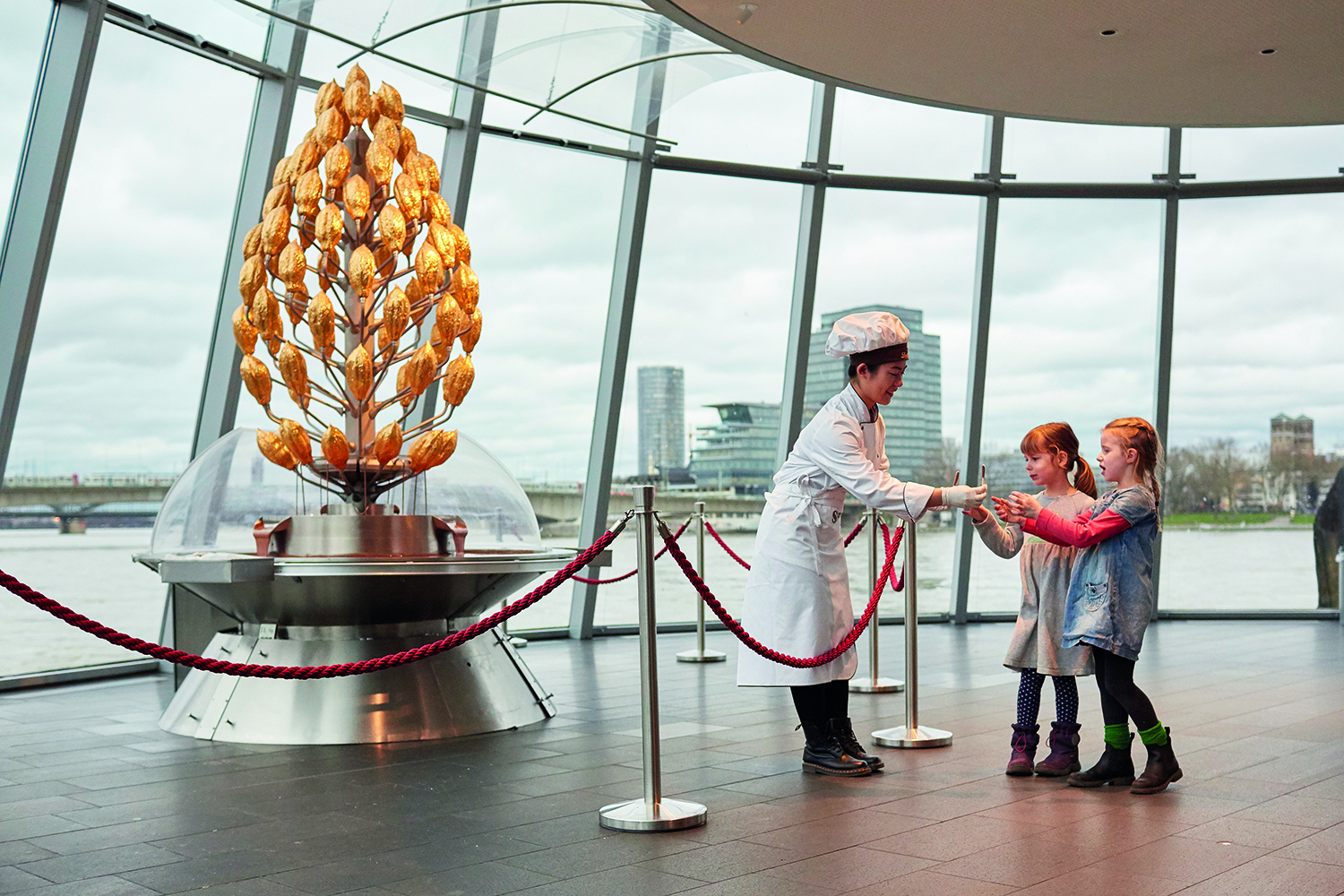 Cologne is one of the most popular shopping locations in Germany. Many prestigious, international brands reside in the pedestrianised thoroughfare of Schildergasse. The street is home to restaurants and shops alike, treating tourists to a smorgasbord of retail opportunities. But it is not only a place of commercial wonder, it is also home to stunning architecture. For instance, the Weltstadthaus (dubbed Walfisch due to its whale-like appearance) is home to German fashion chain Peek & Cloppenburg and was designed by talented architect Renzo Piano. However, your shopping need not be confined to the obvious commercial areas. It seems around almost every corner in Cologne there is a vinyl shop delighting in musical curios, or a beautifully quaint craft shop offering though-provoking items of artistic merit.

Cologne truly is a place like no other. The German city manages to have an appeal, both as a spectacular shopping hub with incredibly popular tourist attractions, as well as a bohemian paradise with artistic sensibilities. And with a catalogue of artistic happenings, sporting events and culinary celebrations on the horizon, there is no time like the present to visit.