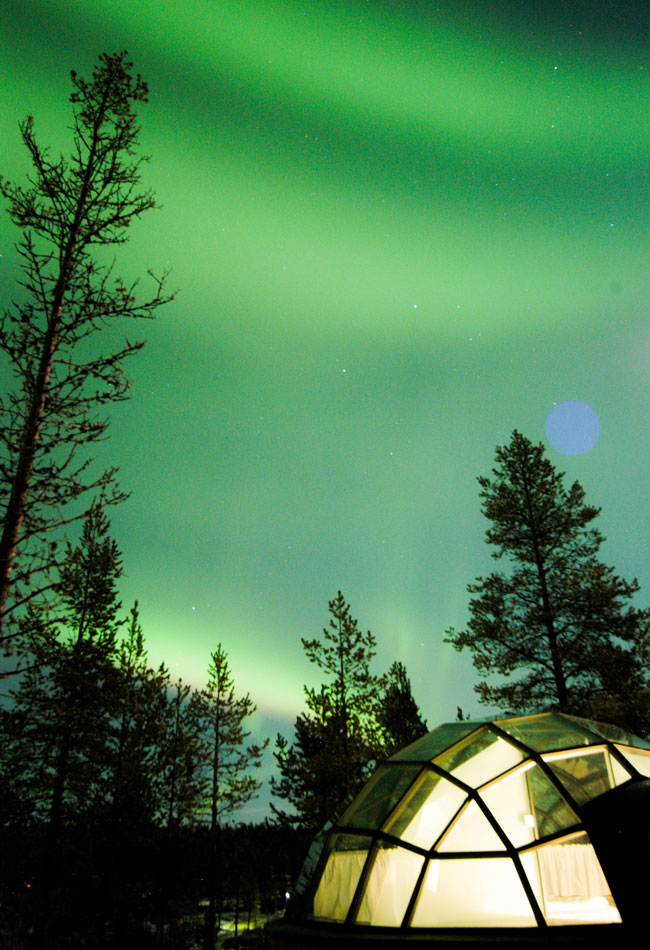 Kakslauttanen Arctic Resort is an enchanting, otherworldly destination located 250km north of the Arctic Circle in Finnish Lapland – just a four-hour drive from the Arctic Ocean. Since 1974, this family-run resort has been offering year-round magic and adventure in the pristine Arctic wilderness. Kakslauttanen is world-renowned for its iconic glass igloos and the magical Northern Lights – but there are plenty of other secrets to discover. From reindeer and husky excursions, to meeting Santa or panning for gold, there is so much to do at any time of year. The Urho Kekkonen National Park is on your doorstep, which means you’ll be surrounded by some of the purest nature on the planet – the water is so clean that you can even drink straight from the streams. The region is steeped in the rich culture of the indigenous Sámi people. Kakslauttanen has a deep appreciation for this local heritage – nearly everything at the resort has been created right here by local craftsmen and artisans over the past 40 years. Kakslauttanen Arctic Resort is an ode to the region’s heritage and invites you to experience the magic of Lapland.

Kakslauttanen is one of the best places in the world to experience the Northern Lights. Up in the north, the season is eight months long, from late August until late April. As long as it’s dark and the skies are clear, there’s always a chance to marvel at the miraculous aurora. What makes Kakslauttanen Arctic Resort so special is that you can enjoy the most amazing viewing experience from the resort’s glass igloos. The first igloos were built in 1999 when founder Jussi Eiramo wanted to give his guests the chance to admire the Northern Lights from the comfort of their beds – the rest is history. The igloos are made of thermal glass, so even though it might be icy cold outside, inside it’s always warm and cosy. With no light pollution, you can simply lie back and enjoy nature’s very own firework display. Even without the Northern Lights, a night under the Arctic sky is still an unforgettable experience.

There are four seasons in Lapland, each with its own unique range of experiences to enjoy. They range from the extremes of the polar night, when the sun doesn’t rise for weeks and the temperatures can hover around -30C, to the summer, when the sun never sets, creating endless magical days.

There are few places like Lapland, where such contrasts and extremes exist – at Kakslauttanen Arctic Resort you have the chance to experience it all year round, from the lap of luxury.