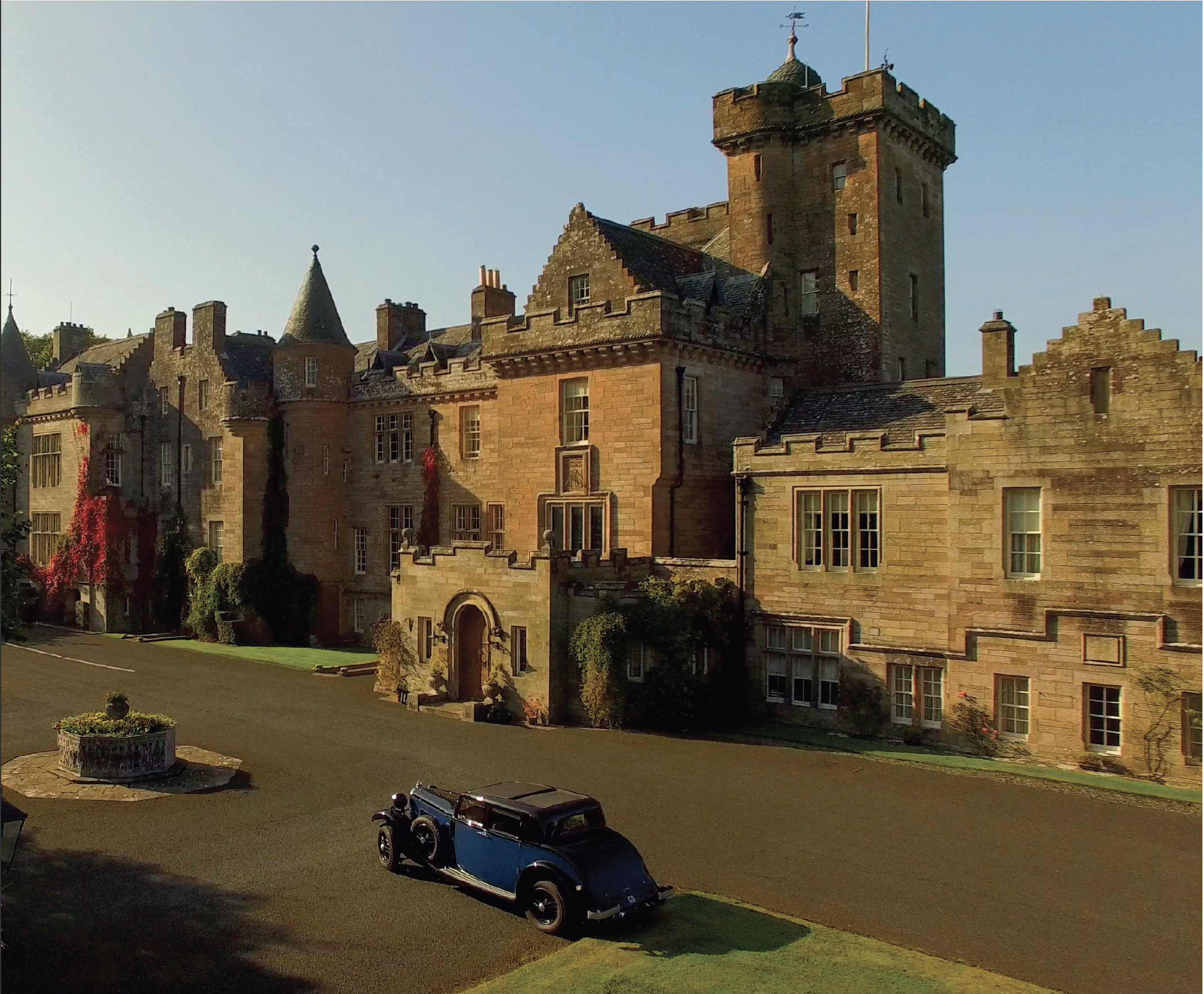 With Luxury Scotland, you can be immersed in the nation’s fascinating past, while creating new memories in this stunning selection of rural retreats

Scottish stories have long drawn visitors to its shores, flocking to its rugged landscape, beautiful beaches, and ancient cities to explore the settings that have inspired war heroes, poets, authors, and royalty alike. Every culture has its stories to tell, but Scotland has a particularly rich heritage of storytelling to celebrate. Luxury Scotland represents a collection of 26 of the finest, most luxurious properties in Scotland. Offering only the very best in Scottish hospitality, the exclusive group includes world-class golf venues, iconic country house hotels, the world’s most luxurious railway train, and Fingal, the sister ship to The Royal Yacht Britannia. With Luxury Scotland you can beat one with the many stories that this historic nation has to tell.

The seat of WWIl history

At Knockinaam Lodge you can sit in the armchair where Winston Churchill planned the D-Day landings. Positioned beside Portpatrick on the Dumfries & Galloway coast overlooking the Irish Sea, Knockinaam Lodge quietly boasts one of the most historic stories of all time. During World War Il, the hotel was owned by the Orr-Ewing family, who had a family connection in the Chamberlain War Cabinet, including Winston Churchill. It was here in early 1944 that Churchill and former US president Dwight D. Eisenhower allegedly met in the front room overlooking Port of Spittal Bay to plan the D-Day landings. It has since been converted into a luxurious hotel with 10 bedrooms and AA 3 Rosette restaurant. Nestled in a private cove, the location and facilities make this a true retreat from the hustle and bustle. reservations@knockinaamlodge.com

The retreat for George Orwell’s 1984

With a rich history that dates back to 1870, Glenapp Castle is a Scottish baronial style property offering a grand and elegant escape. In addition to its stunning location on the Ayrshire coast, the castle is renowned for offering an abundance of indoor and outdoor activities, which includes the unique Hebridean Sea Safari. Designed to create the very best 5-star castle hotel experience, together with days and nights in the wilds of the Hebridean islands, guests not only visit distant inns, coastal castles and rare marine life, but are also whisked off to the remote island of Jura. Jura boasts a white-washed house, where George Orwell was looking for a remote retreat unreachable by vehicle in order to write 1984. He described it as “in an extremely un-get-atable-place” – somewhere he could write what would be his final and most famous novel. info@glenappcastle.com

Where the Land Rover Was Born

Set in the dunes of Islay, Queen of the Hebrides, The Machrie Hotel and Golf Links enjoys an enviable location, nestled beside seven miles of pristine beach in the Inner Hebrides. Renowned for its vast landscapes, rugged terrain and the production of some of the finest whisky in the world, Islay is where an automotive icon was given its name. Islay became the undisclosed testing ground for Land Rovers in the late 1940s, because the incredible landscape inspired the name “land rover” from the original name “rover”. The Machrie sits on seven miles of private beach and features 47 beautifully designed rooms, suites and lodges, offering guests the perfect place to unwind in a truly inspiring landscape. reservations@themachrie.com

Visit the hunting lodge of the Earl Of Lovelace

It would be hard to imagine a more impressive estate than 19th-century Baronial manor, The Torridon. Set amidst fairytale surroundings,the resort borders the calm waters of Upper Loch Torridon to the north, and the dramatic peaks of the Torridon Hills to the south. William King-Noel, the first Earl ofLovelace, built it as a hunting lodge in 1887. Lovelace was an English landowner, Lord Lieutenant of Surrey and a distinguished scientist. He gains a footnote in history for marrying Lord Byron’s only legitimate daughter, Ada, who went on to write the first computer algorithm.

For guests looking to be inspired by The Torridon’s surroundings, the on-site outdoor team coaches and guides small groups of up to six guests through sea-kayaking adventures, loch-snorkelling excursions and hilly hikes, giving them the opportunity to witness sea eagles, seals, otters and all manner of other wildlife from new perspectives. www.thetorridon.com