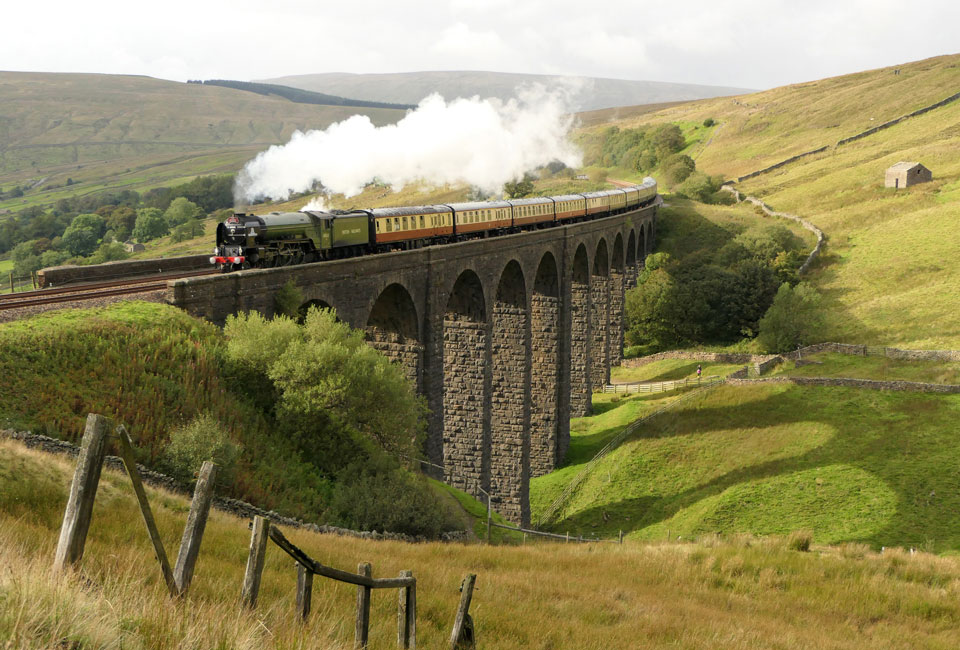 Tickets have gone on sale for Britain’s most exclusive ever steam rail tour. A once-in-a-lifetime opportunity for 38 passengers to mark the 10th anniversary of the Tornado steam locomotive is being offered exclusively by Golden Eagle Luxury Trains on a two-week round-Britain steam tour next year (2018). The celebrity A1 Peppercorn pacific steam locomotive will haul the 10 sumptuous and intricately designed carriages of the prestigious Belmond Royal Scotsman on a journey that is peppered with cultural highlights, including special access to otherwise private locations.

Starting on 14 October 2018, the 2,200 mile journey stretches from the Highlands down to Penzance, and covers some of the country’s most popular cultural destinations including Chester, Oxford, Stonehenge and Bath.

Built in Darlington and entering traffic in 2008, the much-loved Tornado is a main line, coal-fired steam locomotive that took some 14 years to build. In April 2017, it was remarkable for becoming the first steam locomotive to officially reach 100mph in over 50 years on British tracks. It will be only the second time that Tornado has hauled a sleeper train, the first being the Royal Train in 2012, with HRH Prince Charles aboard. While the lion’s share – some 2,000 miles – will be hauled by the celebrated engine, other steam engines will get a look in, too. Among them King Edward I and Royal Scot, plus those on various preserved lines.

This is a UK debut for Golden Eagle Luxury Trains – best known for its long distance adventurous routes not offered by any other operator. Commenting Tim Littler, President and Founder of the luxury rail specialist, said: “For some years we have wanted to create something wonderful and unique in the UK, so we are more than delighted to be pairing what is the most luxurious British train with this amazing new-build locomotive, and showcasing the very best of Great Britain.”

With its en-suite cabins, plush beds and tartan furnishings, Belmond Royal Scotsman forms the perfect country house-on-wheels from which to savour this ultimate tour. Ranking among the world’s most luxurious trains, the mahogany-clad, Edwardian-styled cars are based on the old Pullman coaches and include the sublime Bamford Haybarn Spa (from Daylesford), a first class Observation car, and two Dining Cars. 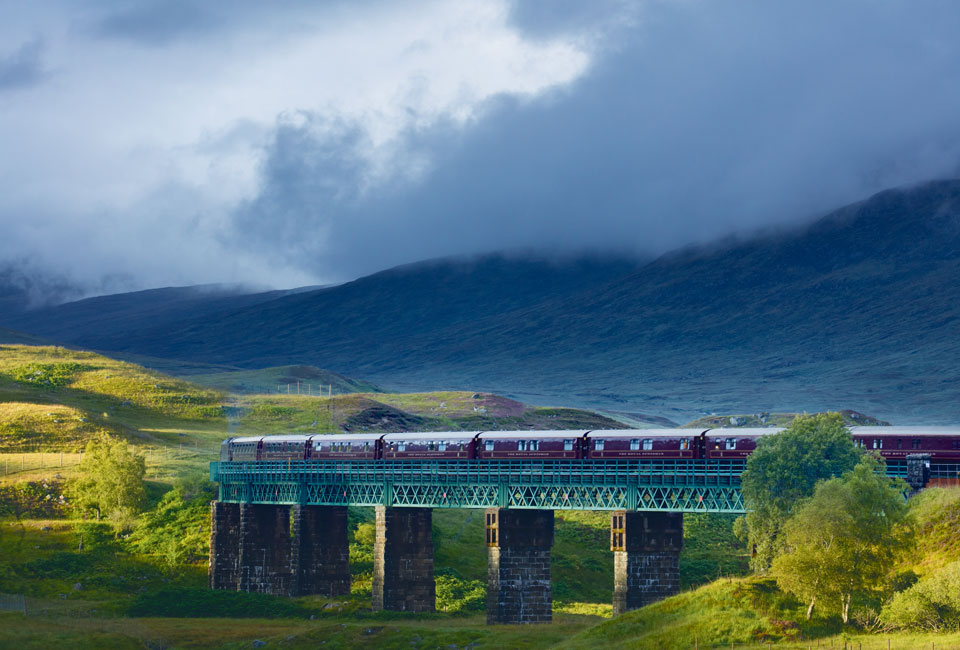 The best of Britain steam tour

Of course the rail journey itself is the star of the show, whether enjoying a nightcap on a rare night-time-steam-hauled trip, lunching on board while travelling on the Highland Mainline, traversing the Severn Valley Railway resplendent in its autumn colours, or soaking up the stunning scenery of the Welsh Highland Railway through the Aberglaslyn Pass. However, there are exciting excursions aplenty and three black tie dinners, woven within the itinerary.

The tour begins in Edinburgh with razzmatazz as the passengers are escorted by a piper from the Balmoral Hotel to the waiting train at Waverley Station. Hauled by the Tornado, the train will steam out of the city, heading for the Highlands. Dinner that night is in Nairnshire at the 14th century Cawdor Castle, the inspiration for none other than Shakespeare’s Macbeth in which the title character is made ‘Thane of Cawdor’. Here it is likely that the Dowager Countess, Lady Cawdor herself will host a private dinner for passengers. Other Scottish highlights include: a vintage train ride to the end of the private Strathspey Railway for a private tour of the J&G Grant’s Glenfarclas Distillery, where a whisky tasting and dinner will be hosted by the company Chairman John Grant; and a visit to Edinburgh Castle to see the Scottish Crown Jewels, followed by a private banquet dinner in the castle grounds.

Guests will breakfast along the Settle and Carlisle Railway, a masterpiece of engineering over the roof of England, before visiting Chester and dining privately at the magnificent Peckforton Castle. In North Wales, the tour takes the scenic branch line to Blaenau Ffestiniog followed by an historic narrow gauge train to Porthmadog on the Cambrian Coast. Then it’s on over the Aberglaslyn Pass to Caernarfon, before re-joining Belmond Royal Scotsman in Holyhead for an evening run along the North Wales Coast.

The following day travelling south along the English and Welsh Border with Tornado at the head, the tour visits the spa city of Bath with all its Roman and Georgian glories. It passes through Devon and Cornwall with King Class Locomotive King Edward I double-heading with Tornado over the challenging terrain to Penzance. After dining at one of the finest restaurants in Cornwall, the tour’s return through the county takes in the beautiful branch line to Fowey, a rare treat with steam, and still used today for China Clay traffic.

Journeying north through Dorset and Wiltshire, there are excursions to Salisbury and nearby Stonehenge, as well as to Oxford and York. It is a fitting finale that while the last evening together is spent enjoying a private dinner amid the steam giants of the past at the National Railway Museum, the last night on board is spent with the train berthing on the Stockton and Darlington Railway. It was here, right in the cradle of the railways, where the public passenger railway began in the 1820s. Passengers will not only have the opportunity to see George Stephenson’s Locomotion No. 1 which, almost 200 years ago, made railway history when it hauled the world’s first public train from outside the Mason’s Arms pub in Stockton, but also the A1 Trust’s workshop where Tornado itself was built.