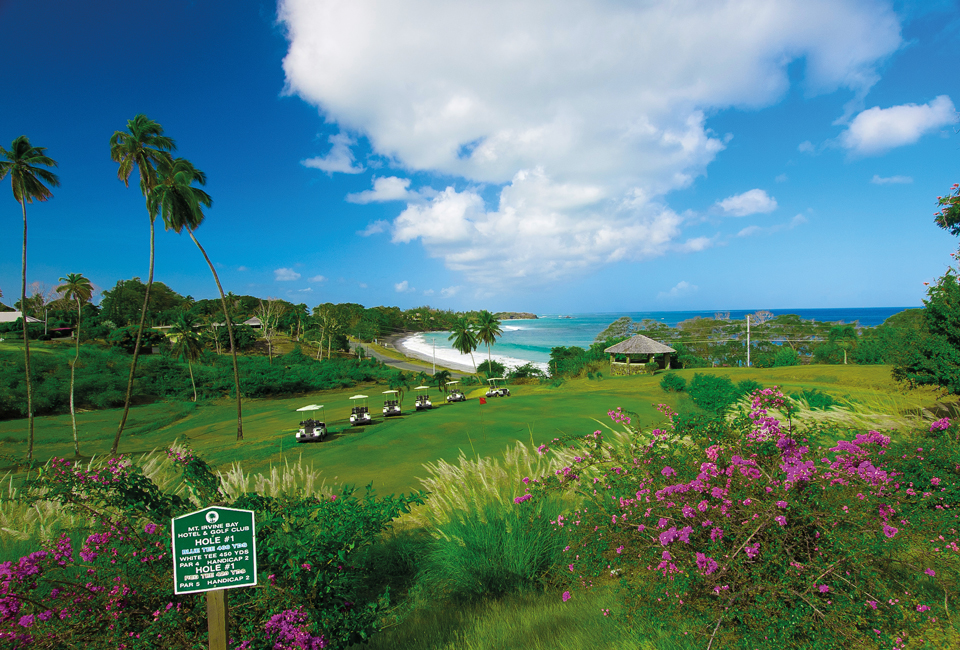 Most golfers are familiar with popular Caribbean golfing destinations, such as the Dominican Republic, the Bahamas, and Barbados. Less is known about the smaller islands. Some feature spectacular courses, and some have a fascinating history behind them – Tobago and the Mount Irvine Course have both.

The year was 1963. Hurricane Flora, one of the deadliest Atlantic storms in recorded history, devastated the tiny Caribbean island of Tobago. Eighteen people were killed as Flora flattened 2,750 of Tobago’s 7,500 houses and damaged 3,500 others. Half of the island’s coconut trees were destroyed, while many more were severely damaged. Hurricane Flora resulted in $30m worth of crop and property damage.

Irishman, Pat Coughlan, a Tobago-based coconut farmer and landowner, was left in a quandary. His entire coconut crop was destroyed, hundreds of acres of land reduced to waste. He weighed up the merits of replanting the land, perhaps with a different crop. And then he had an ambitious, yet brilliant idea – build a golf course. Embarking on such a venture must have raised eyebrows at the time: a golf course on an island that didn’t even have a hotel?

Coughlan was undeterred. In 1968 he opened the Mt Irvine Golf Course for use by family and friends, with the 19th green strategically placed in his own garden on the edge of the golf course. Commander John D. Harris, England’s leading golf architect at the time, designed the course. It has long been regarded as one of the finest in the Caribbean and is considered by many to be Commander Harris’s best work.

Commander Harris designed a par-72 PGA standard 18-hole course spread over 127 acres. The course features spectacular views of the Caribbean Sea. The golf club is located on a beautiful stretch of the Caribbean coastline, surrounded by valuable real estate. The course retains many charming features of its plantation heritage, including a small sugar cane silo dating back to the 19th century, now used as a refreshment station.

Coughlan opened the golf course to the public in 1969 and started on his next project – building a 105-room resort hotel next to the course. He teamed up with Malaysian company, Kulim Berhard, and by 1972 the Mt Irvine Bay Hotel & Golf Club opened its doors.

The popularity of the golf course, and by extension the hotel, was almost immediate. The course was selected in 1969 to host one of the tournaments in the UK television series “Shell’s Wonderful World of Golf” and also twice hosted the Johnnie Walker International Pro-Am. The club leaderboard is filled with legends of the game from the 1970s and 1980s, including Tony Jacklin, Thomas Horton, Jean Garaïalde and Angel Gallardo. It is no surprise that “Golf Digest” rated the Mt Irvine Golf Course one of the 50 best golf courses in the world outside of the USA.

Australian golfer and entrepreneur Greg Norman commented on the stunning view from the signature seventh hole, a par-3, during his visit to the course in August this year. What began as one man’s hobby has not only thrived but is also the main contributor to making Tobago a golf destination.

Almost 50 years after it was opened the Mount Irvine Golf Course retains its iconic status. Under the astute management of General Manager Jason Patterson, himself a keen golfer, the course has undergone extensive work in the past year to prepare for tournaments in 2019. While the layout of the course is relatively unchanged, much is being done to maintain the quality of the greens, revamp the water features and improve irrigation. 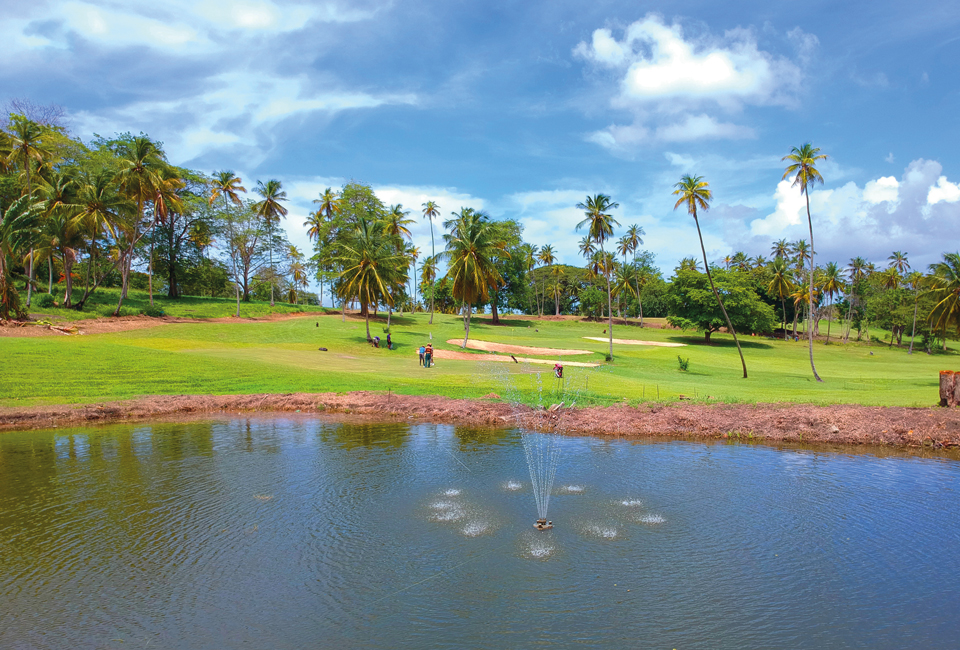 Although he passed away many years ago, the spirit of Pat Coughlan lives on. Coughlan’s granddaughter and great-granddaughters stayed at Mount Irvine Bay Resort this July, after several years’ absence from the island. The family house had been sold many years prior and the 19th green was no more. It must have been an emotional visit, and granddaughter Millie Kohler granted the hotel and golf course possibly the highest accolade received to date: “Grandpa would be pleased.” Θ