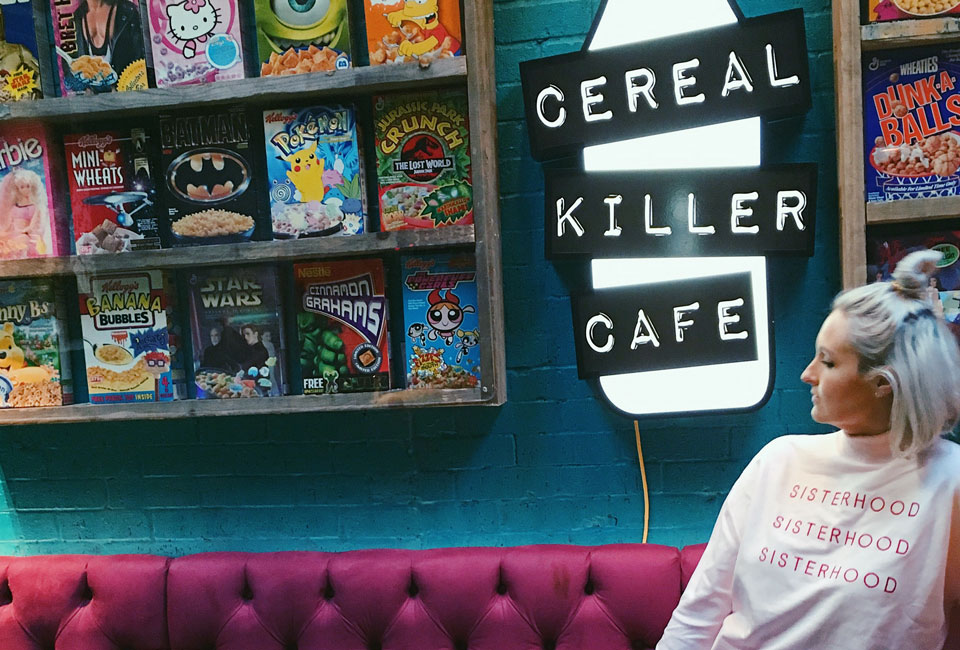 As far as quirky goes, Cereal Killer Cafe in Brick Lane is way up there.

The first of its kind in the UK, this cereal themed cafe is designed to resemble the nineties teenage bedroom you may or may not remember.

It’s a treasure trove of nineties nostalgia, with walls strewn with Beanie Babies, Spice Girls, toy Trolls, and a wall full of VHS.

This business idea was the brainchild of identical twin brothers Alan and Gary Kerry, originally from Belfast, Ireland.
They came up with the concept after craving a sugary cereal fix one lunchtime following a late night out. They then opened the cafe in 2014.

Looking quite small from the outside, this place stretches out to a back seating room where the bedroom scene really comes into play.
With simple metal framed single beds as seats and nineties cartoons playing on small old fashioned TV’s sitting on makeshift multicoloured milk crate tables. 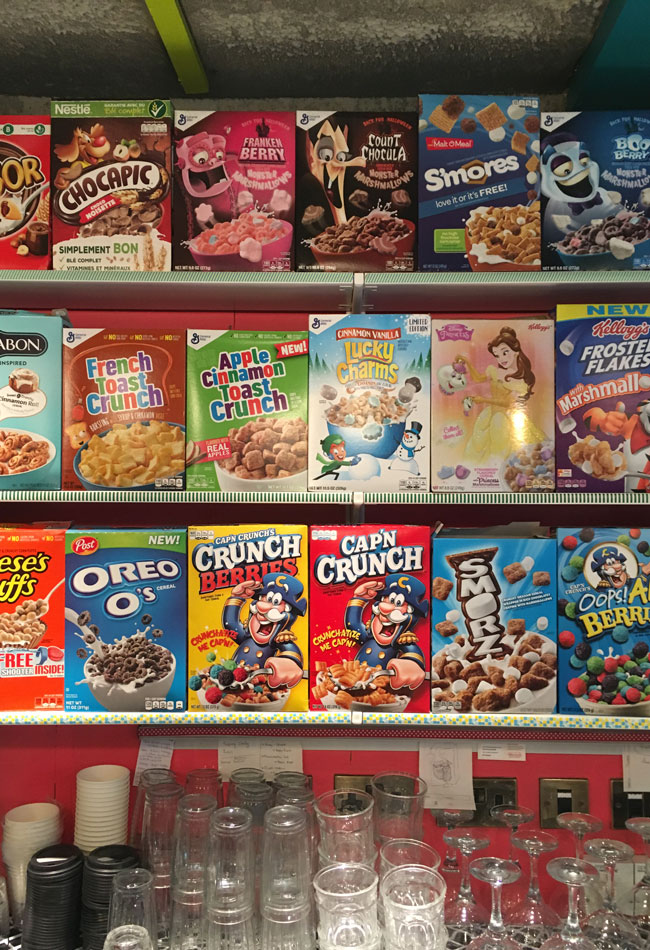 Thinking back, who didn’t love Saturday mornings as a kid watching cartoons, eating your favourite sugar cereal? And probably whilst wrapped up in your duvet with your favourite characters on them. Well the duvets here on the day I visit are of Pamela Anderson from Baywatch, and that slightly annoying Noel’s House Party character Mr Blobby.

Anyway, back to the menu. With over one hundred British and American cereal varieties, you’ll be spoilt for choice! The way it works is, you choose a bowl size, choose your cereal, your milk, and then add any toppings you’d like. The toppings range from a comparatively healthy fresh or dried fruit, to full blown sugar overload toppings like crispy M&M’s, Malteasers, party ring biscuits and plenty more. If you’re struggling to decide, you could opt for one of the pre designed cereal cocktails. I go for ‘Chocopotomus’ which consists of chocolate Krave cereal, Cocopops, a Kinder Happy Hippo and chocolate milk.

On Fridays and Saturdays The Cereal Killer Cafe stays open until evening time when you can order sweet cereal themed alcoholic cocktails such as ‘Drunk Leprechaun’ or ‘Aye Aye Cap’in Crunch’.
If you do find yourself here on a Friday night, you’ll be entertained by resident Geri Halliwell drag impersonation act, plus all the nineties tunes you can handle!