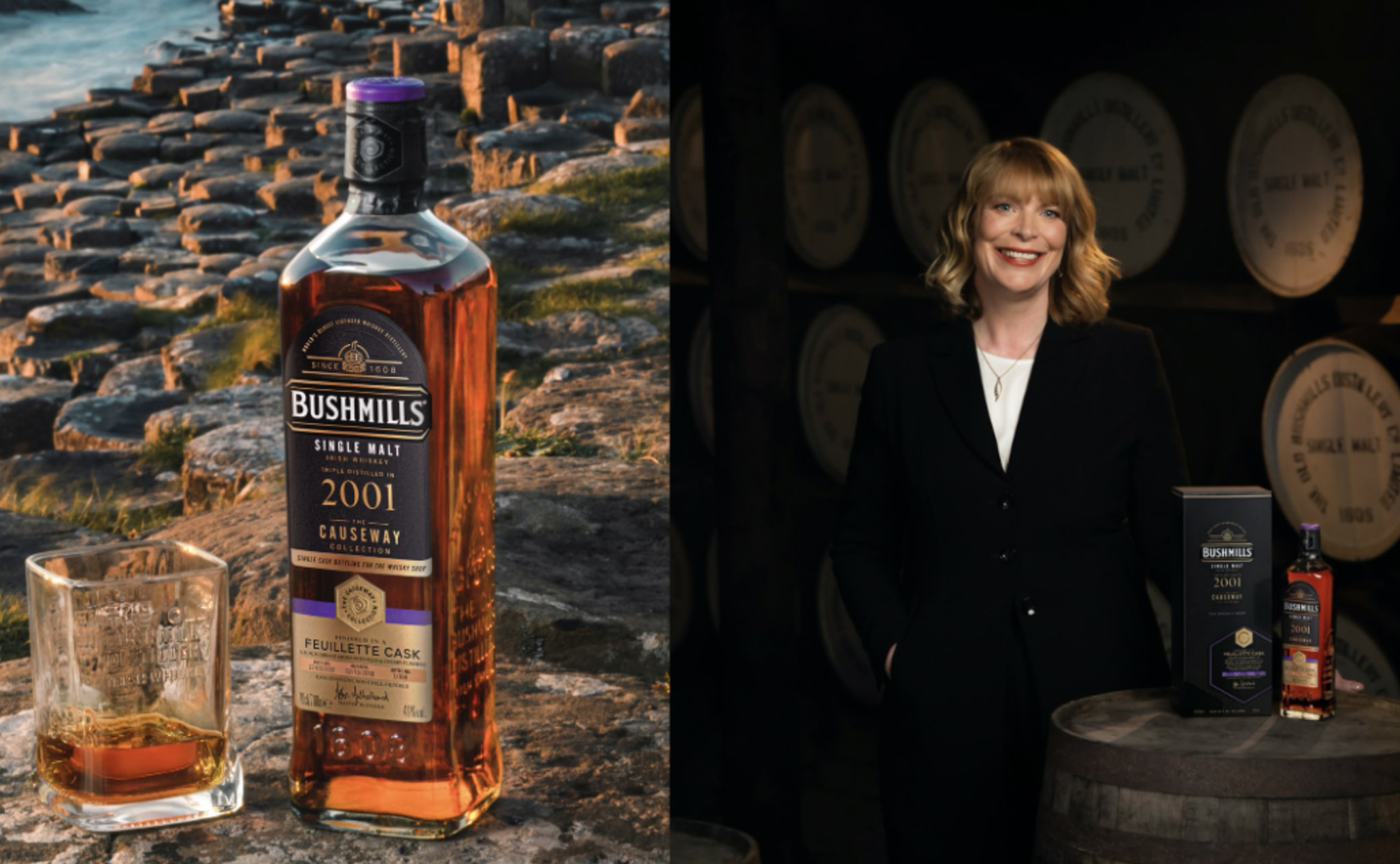 A stone’s throw from the distillery, the Giant’s Causeway is Northern Ireland’s only UNESCO World Heritage Site and has been a source of inspiration to Bushmills’ Master Distillers for centuries. Its extraordinary hexagonal columns, each unique but perfectly locked together, form a series of steps, mirroring the successive steps of triple wood maturation used for this exceptional new collection. The whiskeys themselves are also always deeply influenced by the surrounding landscape and its outstanding raw materials – including every drop of water from the River Bush which is filtered through the same mineral rich basalt rock as the Causeway.

This collection of ten different cask-finished single malt whiskeys includes country-specific bottlings which will reach the UK, France, Germany, China, Portugal, Nordic countries and Global Travel Retail before the end of 2020. The 2001 Feuillette Cask is set to delight whiskey fans, launching just in time for Christmas, as the first cask strength release and first red wine cask-matured whiskey ever to be made available by Bushmills in Great Britain. This rare single malt was aged for over 17 years in Oloroso sherry butts and Bourbon barrels before final maturation for over two years in a rare Burgundy feuillette cask.

The Causeway Collection has been expertly crafted and cared for by Bushmills Master Blender, Helen Mulholland, through her near 30 year career at The Old Bushmills Distillery. Indeed, several of the whiskeys were laid down by Helen during her internship at the distillery in the early 1990s.

Helen comments: “This launch represents a bold new step for Bushmills, one that not only honours the giants and generations before us but also the incomparable natural landscape in which it was forged. The whiskeys in this collection, all non-chill filtered and some of the first cask strength whiskeys to be released by us in over 15 years, are among Bushmills’ greatest treasures. We can’t wait to share them with the world. With these new exclusive releases, we celebrate our passion for single malt, showcase our rare and unique casks, and honour our 400 year heritage.”

The feuillette cask used for this special release is the smallest Helen has ever worked with, holding just 168 bottles. This imparts a great intensity of flavour, resulting in a concentrated palate with notes of smooth plum and cherry fruits. It is also one of the first red wine casks ever to be used at The Old Bushmills Distillery.

“The Bushmills 2001 Feuillette Cask also marks two firsts for Great Britain – the first red-wine finished whiskey and the fist cask-strength release from Bushmills for this market. Both aspects represent exciting developments in Irish Whiskey, which sums up everything we had hoped the new Causeway Collection would be.”

This rare and sensational whiskey will be on sale on 7th December exclusively from The Whisky Shop. Only 168 bottles of the 2001 Feuillette Cask are available, bottled at cask strength 49% ABV, non chill-filtered and priced at £200 for 700ml.