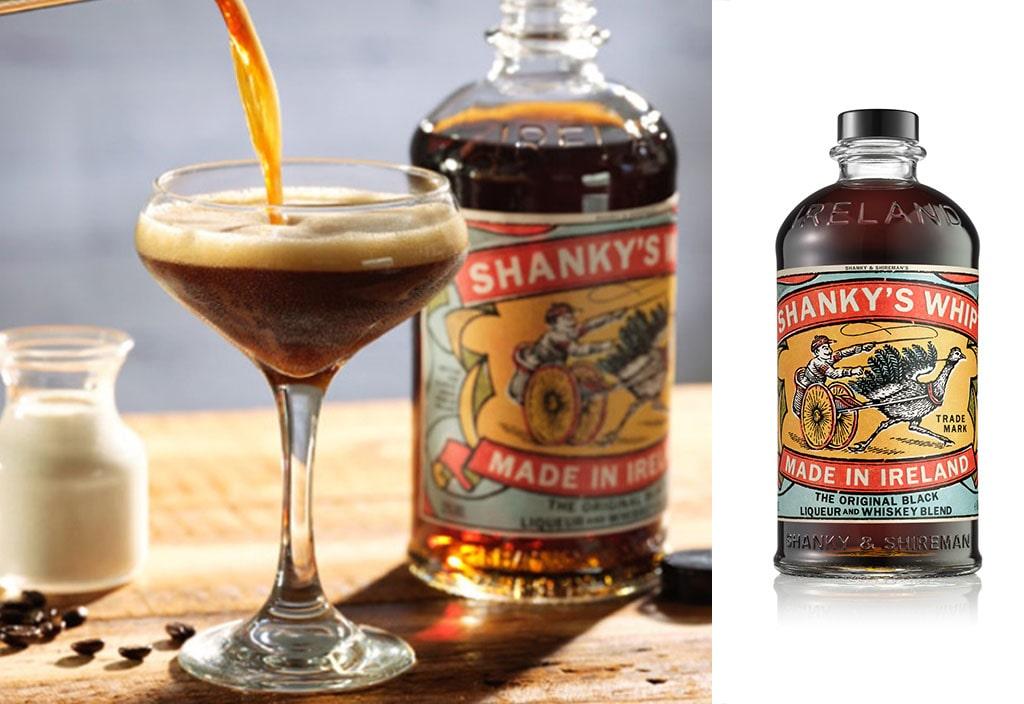 Buck the trend and gift your father figure Shanky’s Whip

A delicious Irish Whiskey-based liqueur blended with the natural flavour of vanilla and infused with caramel, creating a smooth and black spirit with a rich, whippy flavour dominated by Irish Whiskey notes.

Whether your father loves sipping whisky liqueurs, or enjoys mixing up a cocktail, Shanky’s Whip makes for a delicious drink on its own or mixed in a cocktail. The signature serves include Shanky’s Cold Brew, Short and Stout and On the Rocks.

Shanky’s Whip is presented in a bespoke glass bottle with the word Ireland embossed around the top. The label, inspired by vintage Irish matchbox artwork, features the fantastical Irish jockey, Shanky, a wild boy of racing. Always one to buck the trend, when thrown from his horse, he returned to the race track with an ostrich and cart and, of course, a whip.