Held under royal patronage, with members of four royal families playing, British Polo Day Great Britain is presented by Chelsea Barracks and hosted by The Schwarzenbach family at The River Field in Henley-on-Thames, home of the Black Bears. Over £250,000 was raised from the day and is being donated to The Royal Foundation and Sentebale charities.

Joining The Duke of Sussex on the field was the world’s number one male polo player Argentine Adolfo Cambiaso, and the number one female player Nina Clarkin. Cambiaso was joined for a second-year running by his daughter Mia and son Poroto, with mother Maria supporting. The renowned polo patron Bob Jornayvaz brought his Valiente polo team, who generously supported The Gala Dinner along with other patrons.

Tom Hudson, Co-Founder of British Polo Day said: “My partner, Ben Vestey, CEO of British Polo Day, and I are delighted to be holding our GB event under royal patronage to fundraise for very exceptional causes. We are privileged to have such tremendously high-calibre players here with immensely generous patrons, and phenomenal partners. It was 10 years ago that the idea for British Polo Day was born, and British Polo Day is looking forward to the next decade!”

Having held 68 invitation-only events in 16 countries since 2009, the annual series of events always returns to their home turf for the English summer before completing the year in the Far East with events in China and India. British Polo Day was founded with the aim of bringing people together and forging friendships with hosts in their home countries. It has often been described as an international members club because relationships are at the core of businesses, and for those with international aspirations, British Polo Day provides a perfect platform. By working with mutually complimentary but non-competing companies, partners can club together and co-invest in the platform that would otherwise cost them much more to do themselves. 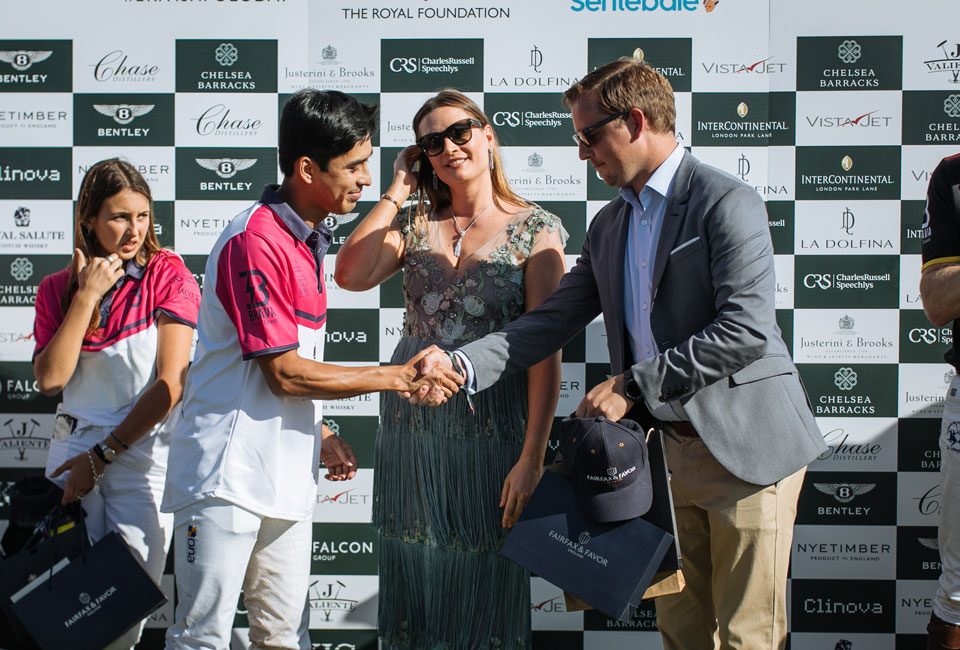 The second match was between Chelsea Barracks sponsored Valiente team and the Vista Jet UAE side. There was some real talent in Valiente in the shape of H.R.H. The Duke of Sussex and Nina Clarkin, who were well backed up by Juan Martin Nero. They got off to a slow start and it was only in the third that they started to overhaul UAE with some strong play by Adolfo Cambiaso and H.H. Pacho of Jaipur. The end result was that Valiente ran out winners by 6 to 4 ½. The Royal Salute Most Valuable Player went to HH Pacho Singh of Jaipur and the Chelsea Barracks best playing pony went to Nina Clarkin’s Basil.

British Polo Day’s title sponsor, Chelsea Barracks sits in London’s esteemed enclave, Belgravia, one of the most sought after addresses in the world and delivers a new level of luxury and distinction to London. Richard Oakes, Executive Director of Chelsea Barracks, said: “We are delighted to be the title partner for British Polo Day, especially at the GB event on home turf. The collaboration has presented a great environment for Chelsea Barracks to forge diverse and lasting relationships across the world through a mutual love for this heritage sport.”

Team partner VistaJet is the first and only global aviation company, and on its fleet of silver and red business jets, they fly corporations, government individuals and private clients to 187 countries worldwide. Ian Moore, Chief Commercial Officer at VistaJet, added: “Our customers expect the most extraordinary experiences at the highest standards. Their passions become our passions and supporting them is a cornerstone of the VistaJet brand. In partnering on such opportunities with British Polo Day, we are able to continue to deliver second-to-none events to our community.” 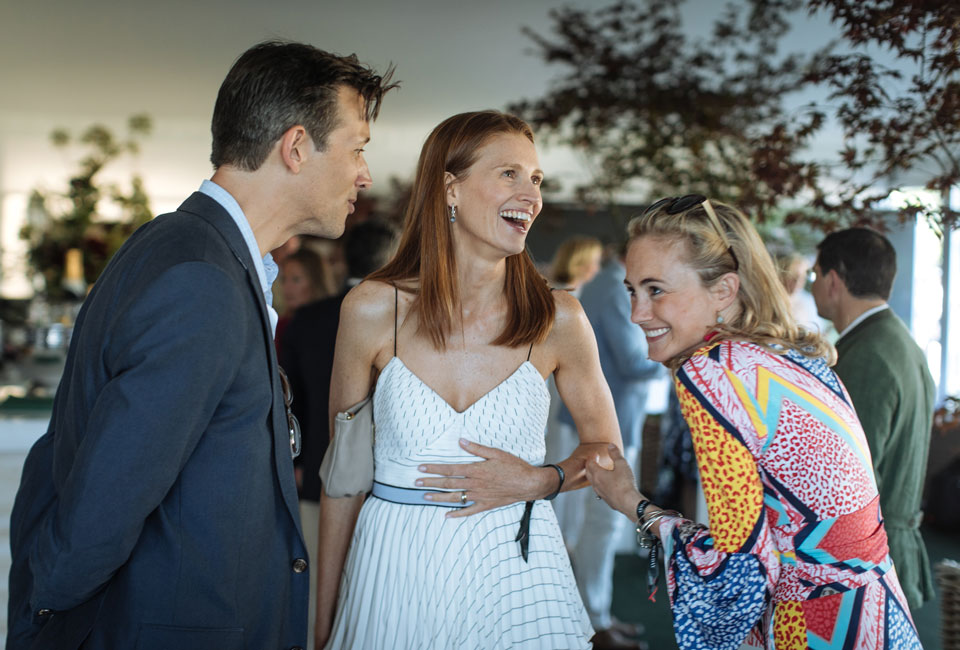 Although British Polo Day is a commercial enterprise, it is also a platform to raise funds for worthy philanthropic causes. Through charity auctions and private patron pledges more than $147,000 for H.H. the Maharaja of Jodhpur’s India Head Injury Foundation and more than $555,000 for the Eve Branson Foundation has been raised. This year money is being raised for The Royal Foundation and Sentebale. The Royal Foundation, the charitable vehicle of The Duke and Duchess of Cambridge and The Duke and Duchess of Sussex, has programmes that currently revolve around four main themes of work: mental health, wildlife and conservation, young people and the armed forces community. Meanwhile, Sentebale is a charity co-founded by The Duke of Sussex and Prince Seeiso that supports children and young people affected by HIV in southern Africa to lead healthy, productive lives.

Artist Sacha Jafri created a special, one-off painting during the event, which includes the handprints of a number of polo players including Adolfo Cambiaso and Nina Clarkin, which fetched £200,000 in the auction. Sacha is the pioneer of the Magical Realism style and has over the past 18 years raised $40m from the sale of his works for many worthy causes. 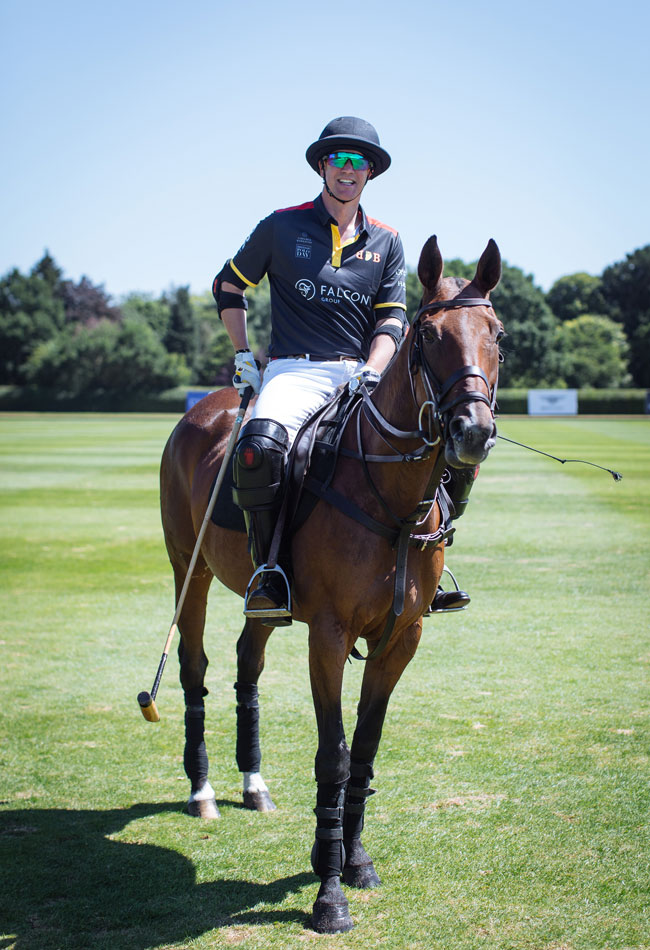 Guests were also treated to drams of Royal Salute 21 Year Old throughout the afternoon, a nod to the Scotch whisky’s longstanding support of polo and the lifestyle it accompanies. Royal Salute, the ‘King of Whisky’, sponsors 10 international polo tournaments annually and shares values with the noble game of honour, skill and integrity, making it the ultimate whisky for the Sport of Kings.

The success of British Polo Day has been largely down to word-of-mouth endorsement from many prominent guests and supporters, including key figures in government, the aristocracy, diplomats, military, fashion, art and popular culture. In addition, British Polo Day have hosted members of 12 royal families, 100 independent billionaires and leaders in world innovation including Sir Richard Branson and Elon Musk. Over 20,000 guests have enjoyed British Polo Day in the last seven years, and British Polo Days have to-date raised over $2.2 million USD, from a standing start in 2011.