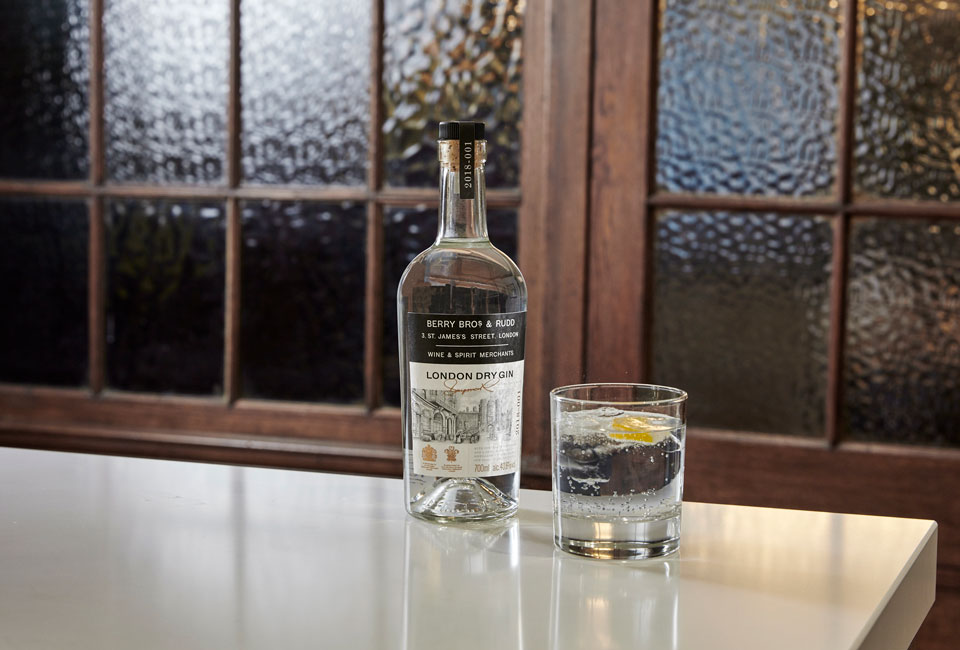 After recent news that gin has become the UK’s spirit of choice; Britain’s oldest wine and spirits merchant is delighted to announce the revival of its historic own-label gin.

The original recipe for Berry Bros. & Rudd’s London Dry Gin – or “Berrys’ Best” as it was known – was developed in 1909. After a short absence, the gin is now available to buy once again.

Berry Bros. & Rudd Chairman, Lizzy Rudd comments: “It is so exciting to see what was once a firm customer favourite brought back to life. We are seeing a real gin revival and we hope that people will enjoy the heritage and history around the Berry Bros. & Rudd London Dry Gin.

“It’s a complex, well balanced gin with a wonderful combination of botanicals and flavours such as the not often seen winter savory, which creates an exceptional Gin & Tonic.”

Charles Maxwell, Director at Thames Distillers adds; “Thames Distillers was delighted to be commissioned by Berry Bros & Rudd to distil a modern-day version of Berrys’ Best Gin. It was a fascinating challenge to build a recipe with just a small sample of the 1950’s gin as a reference. We are very pleased to have made a product which has been passed as being up to Berrys’ renowned high standards and a match to the historic gin.”