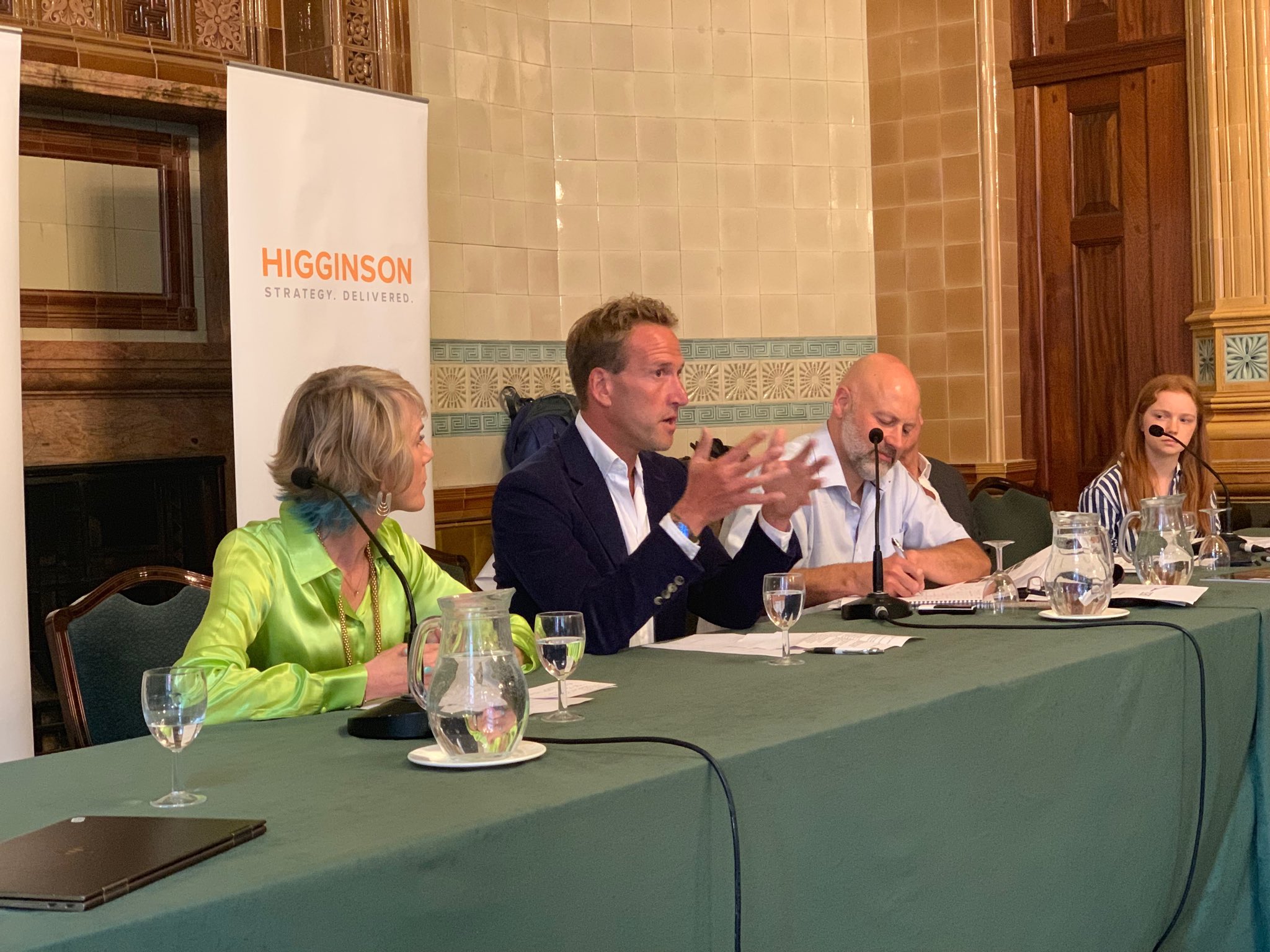 “EDUCATION, education, education.” That’s the verdict of UN Patron of the Wilderness Ben Fogle on how we can solve the crisis facing global nature.

Speaking at the launch of Nature 2030 at the National Liberal Club yesterday Fogle said: “The realisation I’ve had especially spending time in lesser developed parts of the world is that education for many people is still a luxury.

“It’s a very easy solution and I think you’ll be amazed by the power and the tide of change that it would have.”

Bella Lack, 16, called for at least half of the Earth to be dedicated to nature.

She said: “Within the next few decades we need to protect over 50% of our planet exclusively for wildlife and dedicate over half of our planet to wildlife.

“That could be done by a global ban on deforestation. It sounds radical and it is radical but we have to be radical at the moment.”

Population Matters Director Robin Maynard issued a stark warning on the impact of the human population explosion on water security.

Maynard said: “According to the Royal Geographical Society the South East of England is 161st out of 180 of the world’s most water-stressed regions. There’s less water available per person in this area than there is in Sudan.

“South East England is where the majority of population growth and development and infrastructure build is happening.

He added: “The single most effective action any individual can take, particularly in rich, high-consuming countries like the UK is choosing to have a smaller family.”

A Plastic Planet co-founder Sian Sutherland called on business to lead the fight against the destruction of nature.

She said: “Politicians do not run the world. Business runs the world. The first thing we need to do is use the power of business to create change. If it doesn’t work for business it’s not going to happen.”

The IPCC warned last year that we have until 2030 to prevent catastrophic climate change. The 2020s will be a make or break decade for global nature.

Nature 2030, is a campaign run by purpose driven communications agency Higginson Strategy and chaired by UN Patron of the Wilderness Ben Fogle.

Nature 2030 is a campaign bringing together environmentalists, campaigners, influencers, politicians, businesses and individuals to find solutions today to the pressures facing global nature.

Nature 2030 is a long-term, 10-year project aiming to smash the silo culture that so often hampers humanity’s efforts to protect nature.