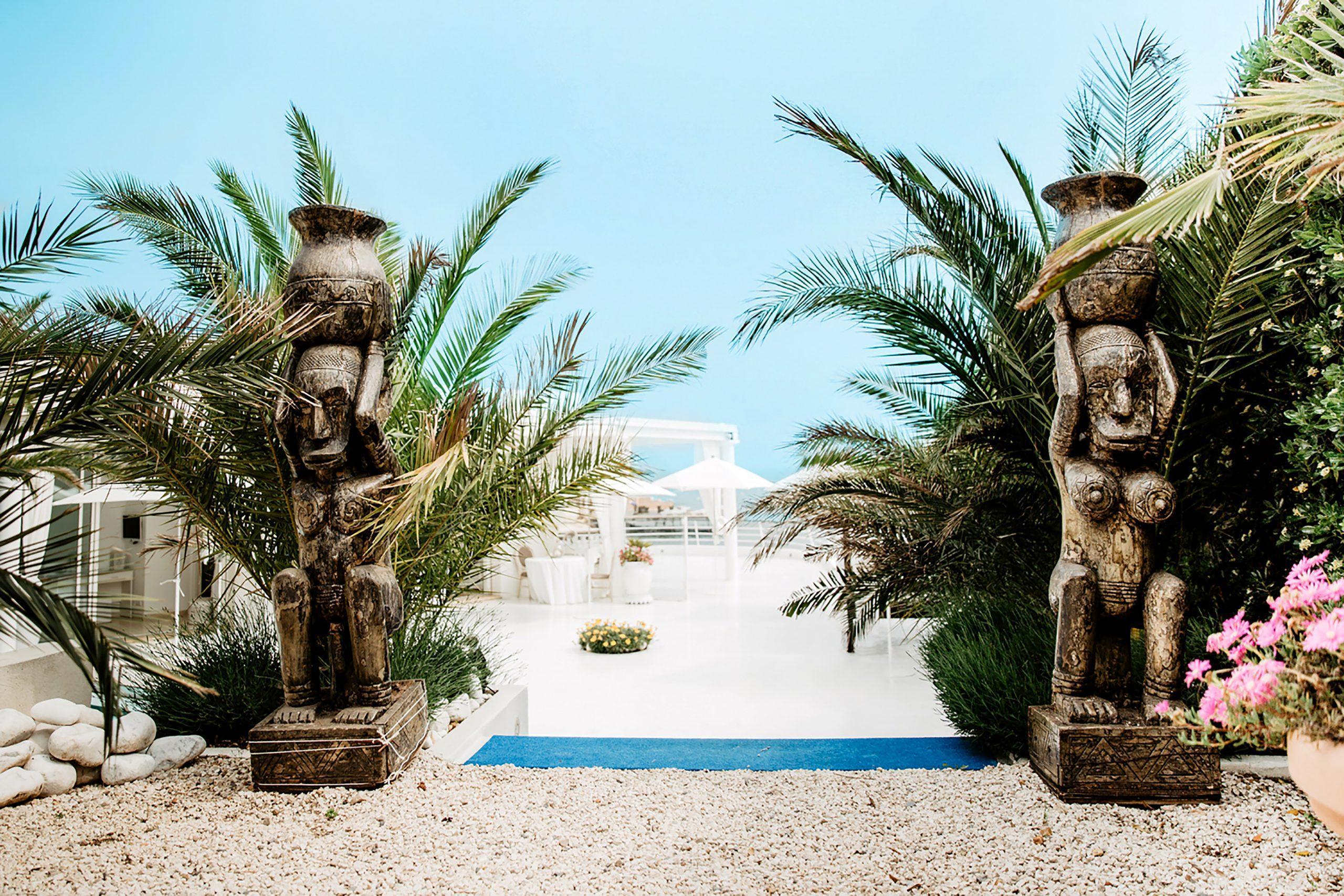 Villa Garoupe Beach is located in one of the most sought-after and glamorous bays on the world-famous Cap d’Antibes, French Riviera

The property is located directly on the waterfront, it has incredible views, beautifully laid out living space and fully enclosed, flat grounds that offer direct access to the sea. It also has a glamorous history and has played host to some of the world’s most famous and influential people!

The villa had a very humble beginning as a small fisherman’s house and was converted over the years, even being used as a smugglers shelter for some time. It was owned by a wealthy Italian family who owned a large part of the Cap d’Antibes which they slowly sold off over the years. They began to welcome guests at the property following the First World War. The daughter of this Italian family loved the position of Villa Garoupe Beach and she had an idea about creating a relaxed beach bar here, she followed her dream and opened a little bistro in the 1930’s. Her passion and her open and friendly attitude soon built up a reputation and they started to attract guests from around the world.

Over the years, the property went through several incarnations and changed ownership a few times, it had several names (Sartori, Sicre, Gerimengo and Faure to name a few), it was also a nightclub called Carrolls for a while before it was turned back to a private beach club and restaurant again, which it remained as for several decades.

In 2008, the decision was made to remodel the restaurant into a private villa and the stunning home we see today was born. The property has been a wonderful family villa for the the past 12 years and has also been a much sought-after and exclusive rental property, as well as a wedding and private party venue. The owners have recently decided to sell, so you have the opportunity to own a real piece of French Riviera’s glittering history!

This impressive French Riviera property comes with direct access to the sea and the famous ‘La Garoupe plage’ with it’s wonderful restaurants and facilities. The property is accessible by road or by boat and is one of the only properties in the area that has a sandy beach that gently slopes into the sea. The villa benefits from wonderful views of the crystal clear sea and the Cap d’Antibes, on a clear day you also have a stunning view of the French Alps and the Riviera coastline as far as Monaco!

The electric gates open to an ample parking area (for 2-3 cars) and the garden gently slopes down to the sea on large terraces. There is a plunge pool in the garden to cool off in the summer months when you don’t feel like a dip in the sea (and it is heated for winter). The villa has been beautifully designed and has the feeling of being on a luxury yacht. There is a large, open plan living room and kitchen with dining area (although you would predominantly dine outside in the vast seafront terraces), there are four bedrooms in total and three bathrooms, all rooms are light and bright, this is a house you would really live indoors and outdoors in great comfort.

As well as the living space, the property also has several storage areas including a boat house and shower room / WC at sea level close to the beach and decked areas/ terraces where you can literally have your feet in the water. You really need to visit this villa to appreciate it fully. The property is air conditioned and has an alarm system and electric gates.

To get a good feeling for this stunning waterfront home, watch the film below.