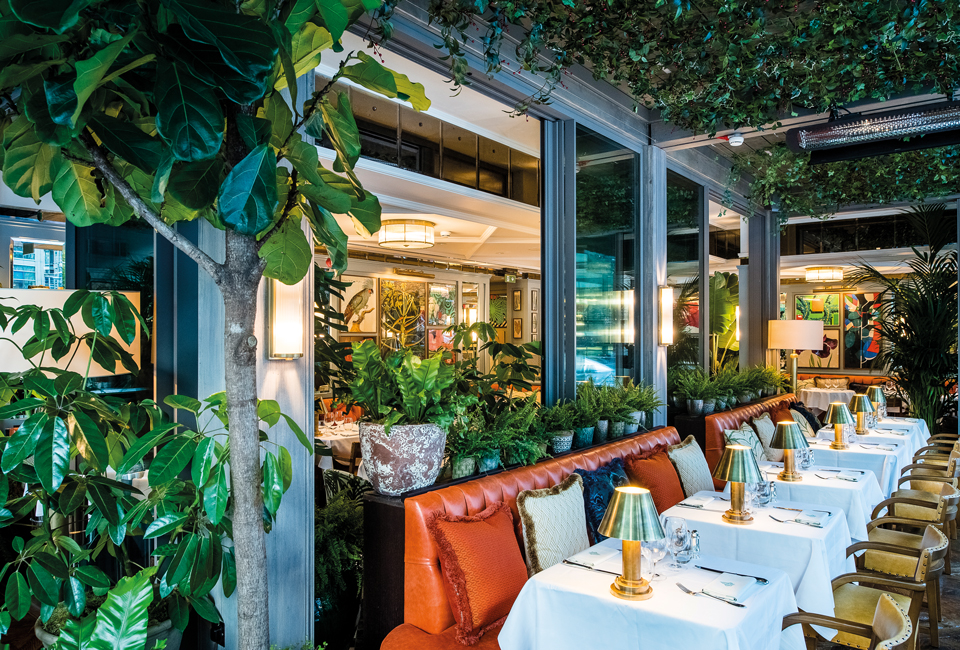 It has been over a century since the original Ivy restaurant was opened by Abel Giandolini in 1917 as an unlicensed Italian cafe in central London. During this time it has evolved into a landmark brasserie and an established restaurant group, which since being acquired by Richard Caring’s Caprice Holdings, has gone from strength to strength.

The latest addition to their esteemed collection is The Ivy in the Park in Canary Wharf, which opened in October this year. Like the other restaurants in the group, this one is absolutely fabulous, and embodies everything that the Ivy is about. Spanning two floors and with two terraces, Head Chef Sean Burbidge and his team deliver a varied menu, including much loved British classics, such as the signature shepherd’s pie, with apple tart fine for dessert.

The Ivy in the Park is set among one of the main areas of Canary Wharf’s regeneration projects. This is a famously busy part of town, yet once you enter this green oasis, it’s hard to imagine that you are in the centre of Canary Wharf. The staff are polite and attentive and the décor has an exotic feel, characterised by a 1970s Parisian theme, which we loved.

Upon being seated Lilla and Maria guided us through the enticing wine list, before we got down to the business of ordering mains – and there is much to choose from. For steak lovers, the dry aged English rib-eye on the bone is as succulent and tender as it gets, while my friend described the lobster linguine, served with tomato and chilli sauce and San Marzanino tomatoes as the pure taste of summer.

A mention for the cocktails too, which are delicious.

I sampled the Honeysuckle Daquiri served with 3-year-old Havana rum, which truly hit the spot. Gin lovers will also be in their element, with the Jasmine & Peppermint G&T and the Ivy Special leading the way.

The Ivy in the Park is a resounding success, the workers of Canary Wharf can count themselves very lucky to have it on their doorstep – I certainly do. 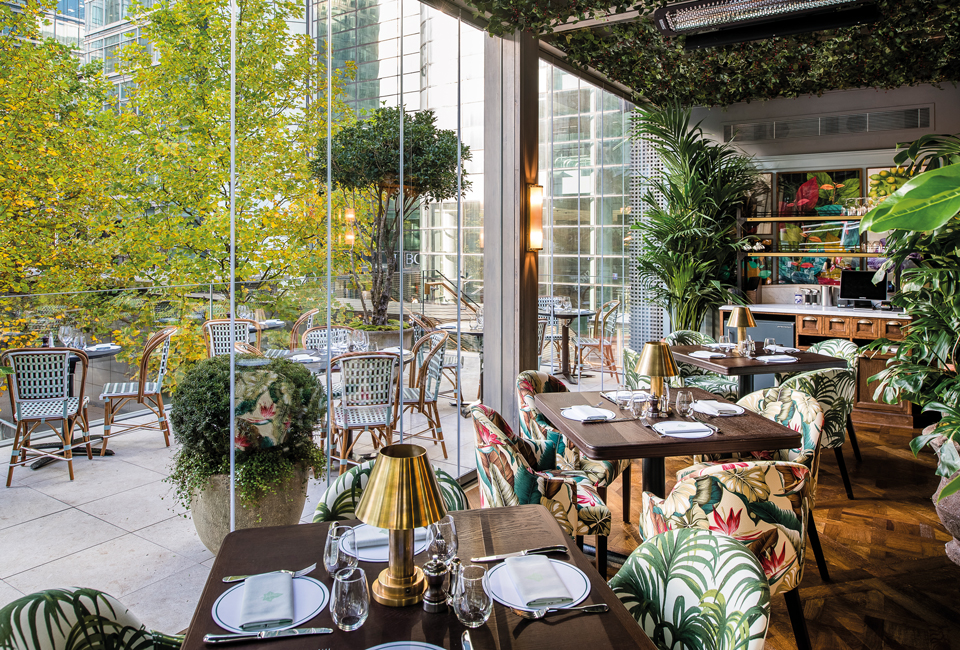