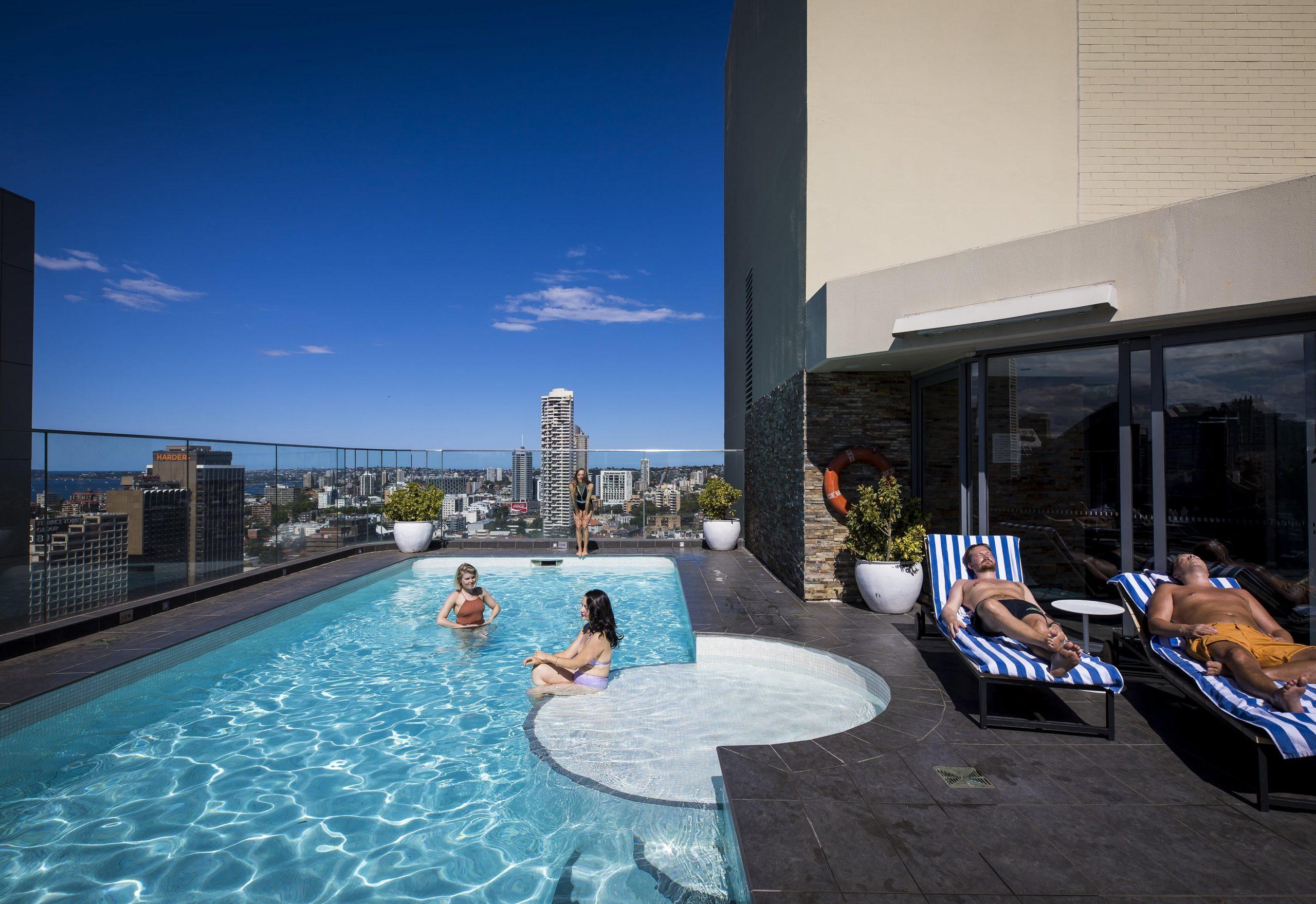 A daydreamer’s guide to Sydney

With beautiful beaches, great restaurants, bars and entertainment, getting to know Sydney should be on every traveller’s wish list

Sydney is undoubtedly one of the world’s most beautiful cities, blessed with scores of beaches, a show-stopping harbour and incredible architecture. The city centre sits on the south bank of Sydney Harbour, its landmark attractions including the Sydney Opera House, Sydney Harbour Bridge, the historic precinct The Rocks, the Royal Botanic Garden and Circular Quay – from where ferries depart across the water. Whether you’re a foodie, love adventure, are on the hunt for culture and history, or are looking to indulge in retail therapy, Sydney never fails to wow.

Sydney has plenty of restaurants with stunning harbour views. Perhaps most lauded of them all is Quay, offering a degustation-only menu overlooking the Sydney Opera House and Sydney Harbour Bridge. The city’s other elegant favourite, Aria, also overlooks the Opera House and has a menu showcasing delicate, seasonal Australian produce in dishes created by chef Matt Moran. In between these two bastions is Café Sydney, on the rooftop of Customs House at Circular Quay. A reservation here puts you centre stage for Sydney Harbour vistas, your meal delivering contemporary Australian flavours. Nearby, the cafe atop the Museum of Contemporary Art not only has top views of the Opera House, but also an interesting menu of global bites.

For casual eats and after-work bites, Sydneysiders flock to Door Knock Bar for mac-and-cheese croquettes and other homey bites, Kittyhawk for steak tartare and Burgundy snails, and The ArtHouse Hotel at The Galeries shopping mall for bulging buttermilk chicken burgers.

For a drink with a view, head to historic Glenmore Hotel in The Rocks for one of the best views over the harbour, or sip bubbles in a landmark at Opera Bar – this semi-open drinking hole is dwarfed by the building’s white sails, and serves up seasonal fare with front-of-house water views. Tucked away on inner-city Millers Point you’ll find cocktail bar Henry Deane perched atop heritage Hotel Palisade, once the city’s highest building courtesy of its position on top of a hill. Settle upstairs on one of the pink couches and look out across to the harbour.

To hang with the hip, after-work crowd, grab an ale in the garden at Dot’s Rooftop, topping Hotel Sweeny’s beside busy Town Hall Station; order a whisky at saloon-style basement bar Palmer & Co. in Abercrombie Lane; head to hidden Burrow Bar behind an unmarked door off George Street; or stop by The Ivy on George Street, home to popular summer drinking hole, the Pool Club, as well as delicious eateries Ash St. Cellar, Felix, and Bar Totti’s.

For a sophisticated cocktail as the sun sets, make a beeline for Sydney’s drinking and dining precinct, Barangaroo, where you can enjoy tropical cocktails and colourful share plates at Untied or settle in at stylish lounge Smoke, both with spectacular Darling Harbour views. Another popular sunset spot is Bar One at Walsh Bay, with cabanas lining the Pier One Sydney Harbour hotel almost directly under the Sydney Harbour Bridge.

Sydney city dazzles day or night, with great theatres, museums and galleries. The Sydney Opera House is the jewel on the harbour, with fascinating guided tours (one taking you behind the scenes) and a year-round programme of dramatic theatre, ballet and music. Fringing this landmark is the Royal Botanic Garden, with grassy expanses, shaded nooks and free guided walks – you’ll also find lookouts offering sweeping views of the water, plus Botanic House restaurant, enveloped by forest. It adjoins the Art Gallery of NSW, home to significant collections of Australian and international art. Not far away on the cultural trail you’ll find the State Library of New South Wales, the oldest of its kind in the country and the gothic revival St Mary’s Cathedral.

There are plenty of ways to explore Sydney Harbour – on ferries, yachts, high-speed jet boats, water taxis or kayaks. And if you’ve ever dreamed of seeing humpbacks in the wild, make sure you join a whale-watching cruise from Circular Quay from May to November. From Circular Quay, explore cobblestone lanes and heritage buildings in The Rocks. Australia’s oldest pubs are here, and the Argyle Stairs lead to Cumberland Street for access to the free Sydney Harbour Bridge walk, or a BridgeClimb tour to the top of the mighty steel arch.

The city centre is home to glamorous shopping at David Jones and Myer department stores, and at the enormous Westfield Sydney off Pitt Street Mall. Visit to browse collections from some of the world’s most exclusive brands – among the 280-plus retailers you’ll find Fendi, Coach, and Chanel. Make the most of high-end services such as valet parking and personal styling, then zip to the top of the Sydney Tower Eye above for a bird’s-eye view of the city.

Nearby, The Strand Arcade is Sydney’s only remaining Victorian-style shopping arcade; today, it’s home to specialty shops such as Andrew McDonald Shoemaker, Strand Hatters and Rox Gems and Jewellery, as well as homegrown Aussie designers like Akira, and Aesop.

Nestled amid the historic lanes of The Rocks is The Harbour Rocks boutique hotel, a five-minute walk from Circular Quay – the garden terrace and contemporary rooms are particularly appealing. Nearby, the Rydges Sydney Harbour occupies a significant heritage building, topped by a pool offering dazzling views over the harbour.

For the ultimate in harbour-side luxury, the Park Hyatt Sydney is favoured by celebrities for its luxurious rooms and views of the Sydney Harbour Bridge and Opera House. The Harbour Bridge is also your backdrop when you check in to the Pier One Sydney Harbour, at Walsh Bay, replete with a private pontoon and plush rooms.

For a boutique experience on this side of the water, Ovolo 1888 Darling Harbour sits in a restored heritage building, its character-filled rooms boasting exposed brick and revived vintage furniture.

You can also sleep in serious style at the Establishment Hotel on Bridge Lane — book one of the penthouse suites for added indulgence, and order room service from popular modern Cantonese restaurant Mr Wong, which sits at the base of the hotel.