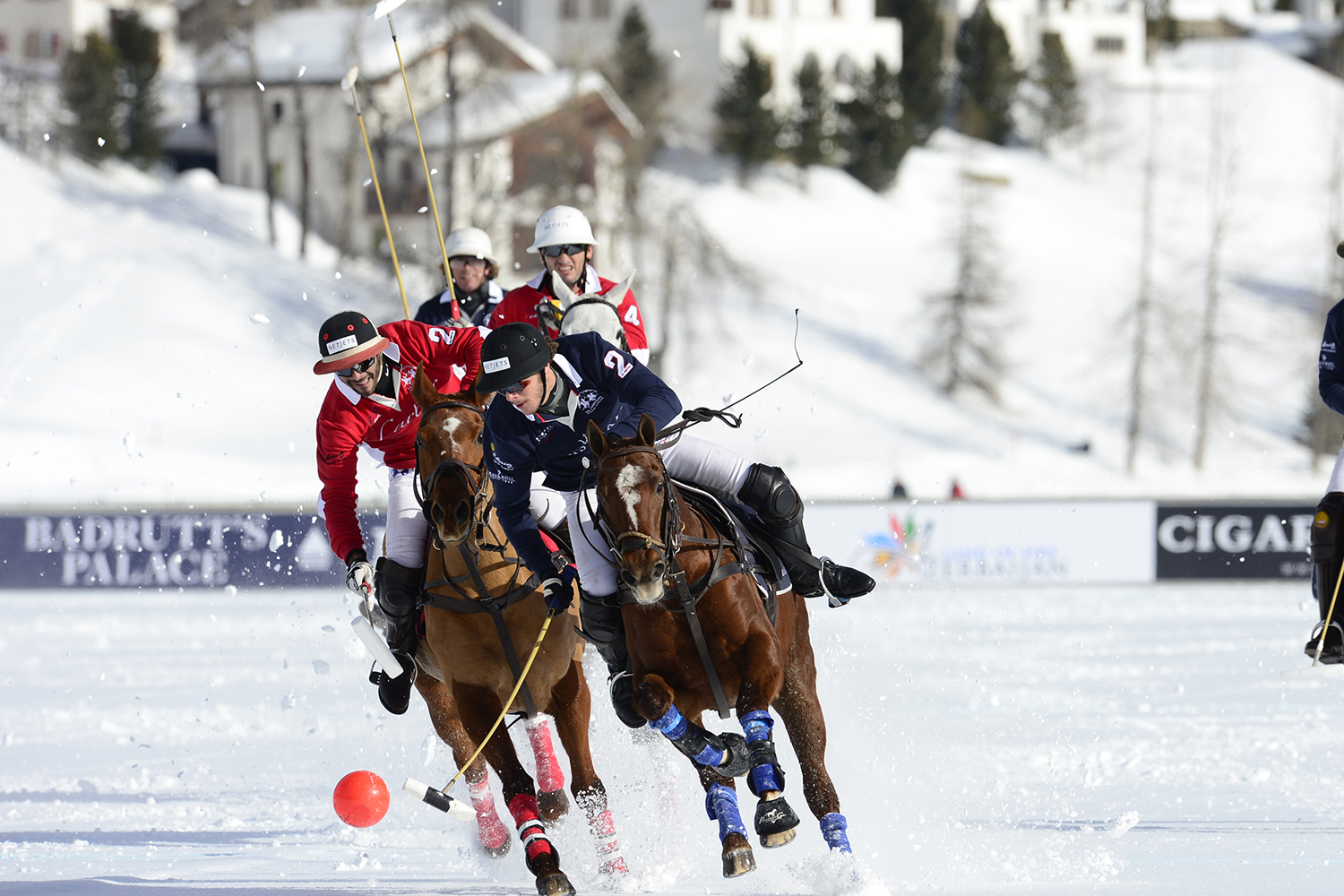 The tournament committee of the Snow Polo World Cup St. Moritz is pleased to welcome de GRISOGONO as a new team sponsor of the only “high goal” tournament on snow worldwide. The Swiss luxury jeweller, famous for its extraordinary and daring collections, joins the ranks of the three pre-existing teams Badrutt’s Palace, Azerbaijan Land of Fire, and Maserati, as well as the ‘Global Lead Partner’ Deutsche Bank Wealth Management and the official supplier La Martina. The team captains have also been nominated, among them last year’s winner Melissa Ganzi (USA). In the coming weeks, they will be making the final decisions on their first rate teams, adding top international players to bolster their chances of taking home the coveted de GRISOGONO Trophy of this prestigious snow polo tournament, to be held from 24 to 26 January 2020.

Three of last year’s team captains will also be starting at the Snow Polo World Cup St. Moritz 2020. Team Maserati will be co-captained by Zhanna Bandurko and Valery Mishchenko, both from Russia. As in 2019, they will be playing with two of Europe’s foremost polo players Robert Strom (FRA) and Max Charlton (ENG). Team Azerbaijan Land of Fire, cementing their status of the darling of the public, will in 2020 once again be captained by Elcin Jamalli (AZE). Expectations are high as to the other names in the team of last year’s winner Melissa Ganzi from the USA, Team Badrutt’s Palace. The experienced player, who is the first woman ever to win the Snow Polo World Cup St. Moritz, will be intent on repeating her previous victory. For the de GRISOGONO team captain Kutlay Yaprak (TUR) it is a first in the Engadine. The ambitious player has picked the Argentine polo ace Adrian Laplacette Jr and the promising Swiss junior player Fabio Meier to join forces with him. The coming weeks will see further players announced. An up-to-date team roster can be consulted at https://www.snowpolo-stmoritz.com/tournament-2020/teams/  at all times.

Unabated demand from sponsors, demand for VIP tickets and gala night at an all-time high

A number of new sponsors and partners of the Snow Polo World Cup St. Moritz are joining the existing sponsors such as Netjets, Maura Wasescha, Cellcosmet as well as all of the five-star hotels in St. Moritz (the Badrutt’s Palace, Kulm Hotel St. Moritz, Kempinski Grand Hôtel des Bains, Hotel Carlton, and Suvretta House). These are, among others, de GRISOGONO, Etihad Airways, the private hospital Bethanien, Oona Caviar, and the innovative brewery from Winterthur (CH) Doppelleu Boxer.

Ticket sales for the VIP experience, the Chukker Club and the exclusive “Baku Moritz Gala” on Saturday 25 January 2020 are expected to tally at a new record. A few tickets are still available at www.snowpolo-stmoritz.com/tickets/. As ever, admission to the tournament grounds is free to the public. Local restaurateurs, under the auspices of the Badrutt’s Palace Hotel, will be catering for the visitors of the tournament throughout the weekend with a wide array of culinary treats.

Founder and organizer Reto Gaudenzi expresses his delight: “We are very proud that with de GRISOGONO we have won such a prestigious and world-famous new team sponsor of the tournament. Generally speaking, we have noticed that our tournament resonates ever more strongly with sponsors and partners, players and VIP guests. We are humbled by this confidence, which is equally a tribute to St. Moritz and the efforts of the entire organisation.” “The Snow Polo World Cup St. Moritz,” he adds, “enjoys an exceptional status. Nowhere else in the world, polo is played on snow at such a high level of proficiency. Add to that the unmistakable hospitality, the luxury, and the authentic Alpine lifestyle of the Engadine.”

Once again, the last weekend in January promises to be filled with spectacular polo played on the frozen Lake St. Moritz against the magnificent backdrop of the Engadine Alps. The three-day tournament will not only show polo played at its best, but it will also boast a series of high-class social events on the lake and in St. Moritz’s premier hotels. Once again, some 20,000 spectators from around the world are expected to attend.