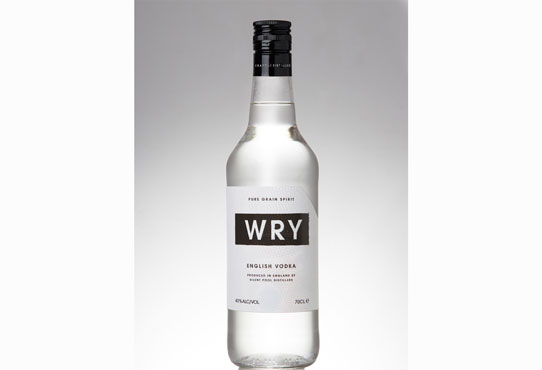 The Dorset and Wiltshire grown organic rye is supplied by Warminster Maltings, the oldest working malthouse in the UK. Warminster have been producing malted grains since 1855. Warminster still abides by the floor-malting protocols of their 19th century ancestors, whose slower, more gentle technique of processing by hand is widely acknowledged as giving rise to a more pronounced flavour in the finished product. Using these full-flavoured, malted rye grains, we distil our vodka a second time to bring out maximum character and taste.

The WRY spirit is then filtered through hardwood charcoal, sourced locally from a Surrey Hills craftsman, which is fired in a traditional circular kiln. While charcoal has been made in the Surrey Hills for at least 3,000 years, this is the first time it has been used by a distillery, fusing a unique blend of artisan skills.

Master Distiller, Cory Mason, wanted WRY vodka to have the style of rye, but with a new twist. Filtering the spirit through charcoal removes impurities and harshness whilst ensuring an exceptionally smooth taste with just a subtle hint of rye spice. “It has a tiny bite, which makes it more versatile and interesting to use in cocktails.”