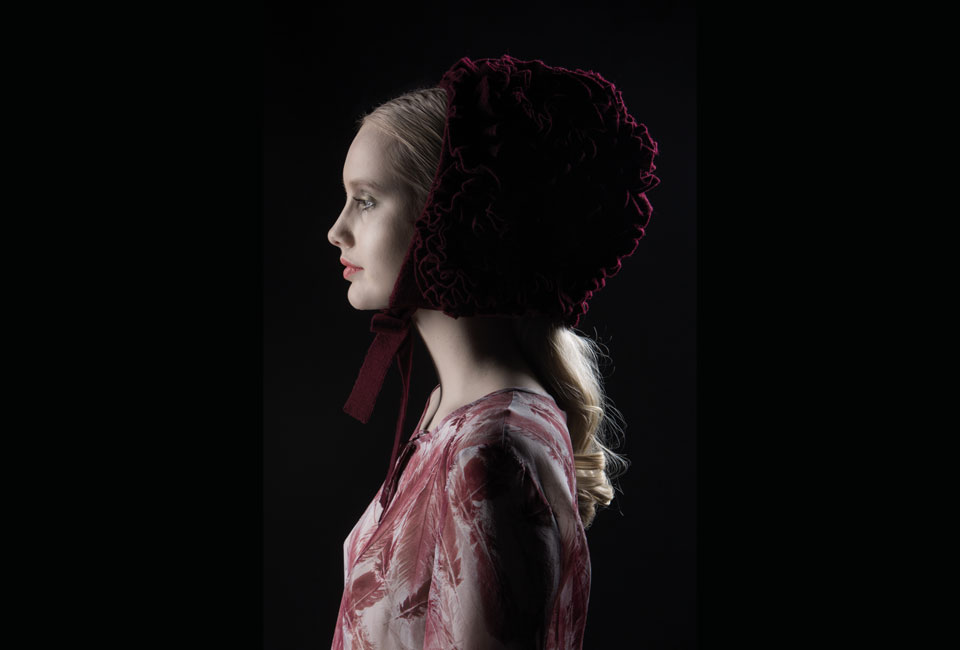 The Lava Glass Collection from acclaimed Icelandic designer STEiNUNN draws inspiration from her home country. The collection expresses a love of detail and craft, both in technique and the fabric she works with.

“All it takes is to look at all the elements of Icelandic nature,” Steinunn says of the concept of text, texture and textile. “Not only do we have snow, we have snow, frostbitten snow, wind-bitten snow, ice dunes, icebergs, ice in water, icebergs glaciers, fresh fallen snow that looks like feathers; you see visual descriptions everywhere. This is exactly what I’m trying to achieve with my clothing, that somehow the texture is a part of who we are.”

Steinunn studied art at Reykjavik Art School before attending the world-renowned Parson’s School of Design in New York. She graduated with honours and a BFA degree in fashion design and has enjoyed a very successful career ever since. After working as head designer at Gucci, Calvin Klein and La Perla, Steinunn founded her own label STEiNUNN in 2000 and her striking creations have garnered richly deserved global attention. She received the Söderberg award in 2008 and also the order of the Falcon a national honour from the President of Iceland. Among her many other achievements, Steinunn has also been awarded Iceland’s Cultural Award, ‘Reykjavik City Artist’.

“Nowhere in the world do you get such a close encounter with the forces of nature as in Iceland. I turn off the lights in my living room and get a dazzling display of Northern Lights. I live by the ocean where the stormy weather is sometimes extreme. You drive for two and a half hours and you have reached Sólheimajökull Glacier where you go for an afternoon walk, and then there’s the frequent volcanic eruptions. This is what makes Iceland so unique.

“We tend to take all these wonders of nature for granted. When you come back home to your country after living abroad for a long time, you learn to appreciate your surroundings all over again. A city, like New York, does not offer such encounters with nature. In New York the skyscrapers are the focal point, so you learn to look up and down and notice the details in the building; you see things from a different perspective.”