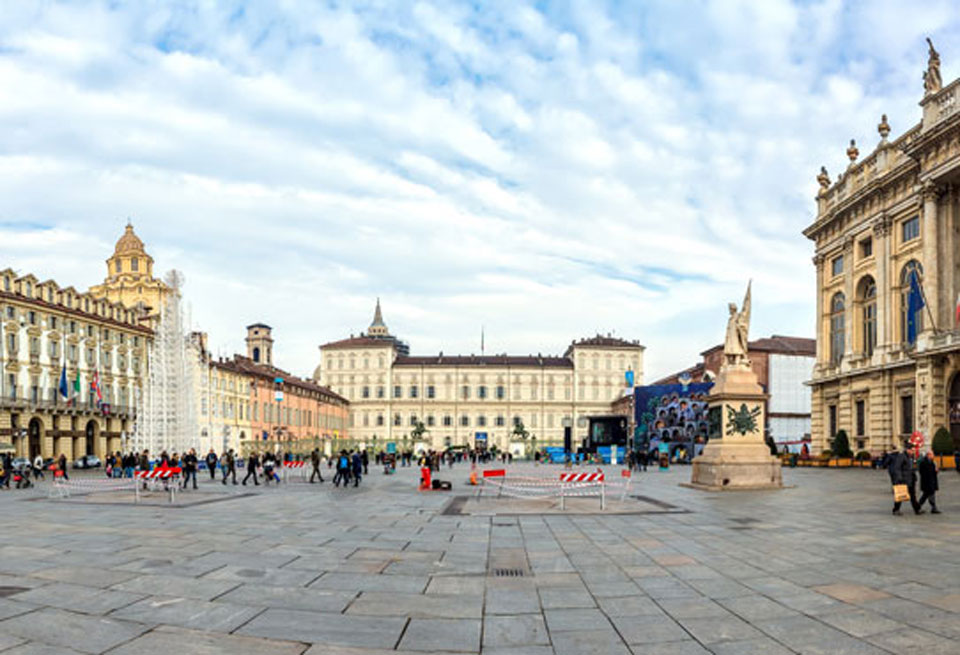 The Royal Palaces of Turin 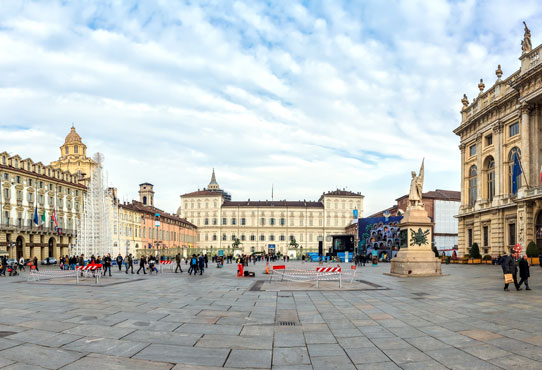 Conveniently located en route between Provence and Florence, Turin enticed me to take a break from my European road trip to spend a few days relaxing and seeing the sights. I expected the famous cathedral, chocolate and great food, but I also discovered an unsung city brimming with royal history and architectural grandeur.

After a delicious lunch at the Michelin-listed L’Caval ‘D Brons Ristorante on the famous San Carlos Piazza I headed off to explore the first capital of unified Italy, clutching my all-inclusive Turin+Piedmont Card which gives unlimited access to 60 castles, palaces, exhibitions and structures in the area.

Right in the heart of Turin on the Piazza della Republica is the UNESCO listed Palazzo Reale, open daily excluding Mondays. Don’t be put off by the realistic cow sculptures meandering across the vast forecourt as you enter the grand gates decorated with golden reliefs of Medusa.

This UNESCO-listed palace was built in 1645 by Christine Marie of France on the site of the former Bishop’s Palace and became the home of the ruling Savoy. Join a guided tour or take a self-guided tour through the series of baroque rooms. The magnificent white palacio greets you with a magnificent staircase followed by a series of furnished rooms with rich tapestries and frescoed ceilings ending in a gallery of historic weapons, suits of armor and decorated horses.

As you leave, head to the rear of the palace to admire the remains of the 1st century Roman Gate, city walls and excavated Roman Theatre. Right next door is the Turin Cathedral, home of the controversial Shroud of Turin, which is well worth a detour. 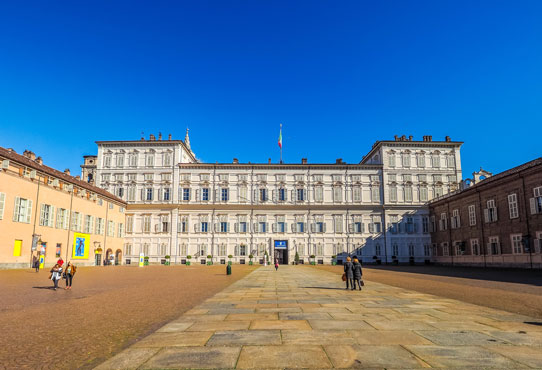 Just down the road is the older Palazzo Madama. It has an elaborate façade by Filippo Juvarra on the Piazza Castello, which bears no resemblance to the rear of this fortified castle with its open-topped turrets and forbidding walls seen rising up from the Viale dei Partigiani. The towers were part of the 1st century BC Roman entrance to the city.

Developed into a castle residence by the Savoia-Acaja family in the early 14th century, the palace centres on an inner court and portico. It was the personal residence of two famous regents of Savoy – Christine Marie of France and Marie Jeanne of Savoy, known as “Madama Reale” and hence the name of the palace today. The elegant rooms house the Turin City Museum of Ancient Art with collections of ceramics, statues, porcelain, paintings and decorative arts dating back to the Middle Ages. For me, the highlight of the Palazzo Madama was the superb views of the city from the open towers.

My favourite palace has to be the out-of-town hunting lodge at Stupingi, topped by a cupola bearing an iconic bronze stag. Magnificently restored by the Consulta Torino Fondazione at a cost of 20 million euros, the endless chain of light, bright rooms provides an ongoing saga of gold panelling, crimson silk wall coverings, ornate cornices, frescoed ceilings, huge chandeliers, vibrant artworks, Chinoiserie décor and European furnishings that leave you wide-eyed and breathless. The classical music playing in the background sets the scene perfectly for this rural royal retreat.

One final treat was the Castello di Raconigi, a 17th century summer palazzo on the site of a mediaeval castle. Guided tours highlight the furnished rooms with more beautiful ceilings. Tours end in the cellar kitchens which are laid out with food, equipment and tureens.

The surrounding parkland was designed by Andre Le Notte, of Versailles fame. The best way to explore the English and French Flower Gardens, lakes, outbuildings, royal stables, glasshouses and arboretum is on a 45-minute pony and trap ride along the shady gravel paths.

Turin has 20 royal palaces, so there are still 16 reasons for me to return and explore this beautiful Italian city. For those intending to visit northern Italy anytime soon, Turin is definitely a royal city well worth spending time in. 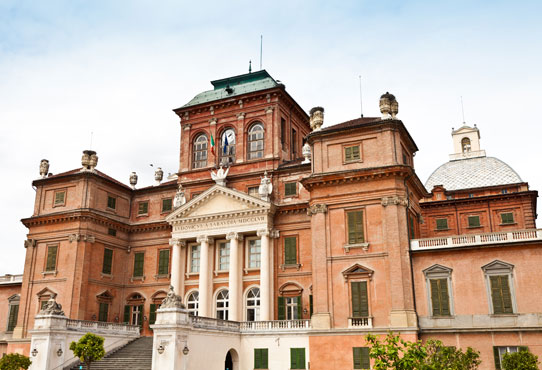