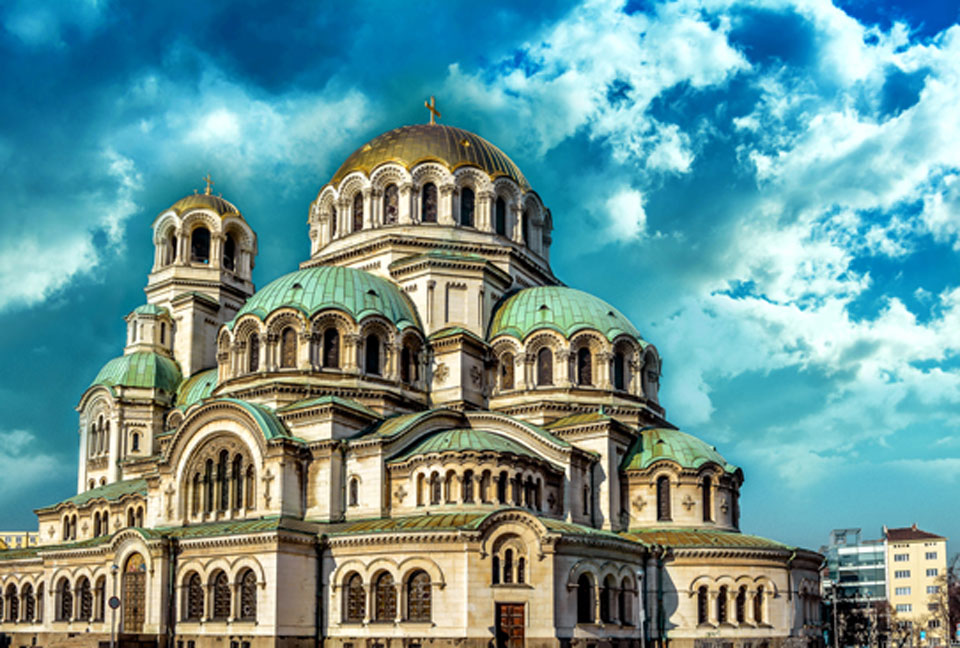 Sofia: a capital of cultural diversity 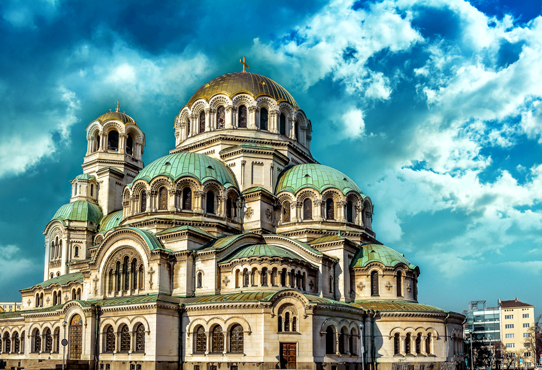 Sofia, pronounced So-fya, comes from the Greek word meaning “wisdom”. Bulgaria’s laid-back capital is situated in the west of the country, within sight of Vitosha Mountain and is famous for its mineral and thermal springs. These are probably what attracted the Thracians to settle there, followed 1,000 years later by the Romans, thirsty to lay their foot on any city rich in valuable natural resources. During the reign of Marcus Ulpius Trajan (98-117 AD), the city was named Ulpia Serdica and became an important administrative centre. The influence of Trajan can be found across the Roman Empire in landmarks such as Trajan’s Forum and Trajan’s Column in Rome. Three centuries on, Serdica was the favourite city of the Roman Emperor Konstantin the Great, who loved to proclaim: “Serdica is my Rome!”

During the recent construction of Sofia’s Metro, archaeologists have discovered a treasure trove of Roman ruins right beneath the city centre. They provide a fascinating attraction, starting in the Serdica II Metro Station where glass cases display some of the artefacts unearthed during the excavations. It’s incredible to think that these ancient relics were buried for centuries just a stone’s throw from Independence Square, home to the magnificent buildings of the Council of Ministers, National Parliament and the Presidency.

Standing above the subterranean Roman antiquities, Sofia has a whole host of other beautiful buildings, including the National Archeological Museum and the National Art Gallery.

Completely unique is the Square of Tolerance, where in area of less than 300 metres, you can see temples of four of the world’s major religions. The 16th century Banya Bashia Mosque, the Sofia Synagogue – the second largest Sephardic (Spanish-Jewish) synagogue in Europe, St. Joseph Catholic Cathedral and the Eastern Orthodox Cathedral of St. Nedelya.

Less ostentatious is St. Sofia Church, built in Byzantine style. It was constructed on the site of several earlier places of worship dating back to the days when this area was the necropolis of the Roman town of Serdica. In the 14th century, the church gave its name to the city, which became known thereafter as Sofia. In the 16th century, during Ottoman rule, St. Sofia Church was converted into a mosque. The original 12th century frescoes were destroyed and minarets were added. However, in the 19th century, two earthquakes destroyed one of the minarets and the mosque was abandoned. Restoration work began after 1900.

Another essential landmark of Sofia’s religious heritage is the Church of St George. Built by the Roman’s in the 4th century this red brick rotunda is one of the oldest buildings in Sofia.

The city’s prize for grandeur must surely go to St. Alexander Nevsky Cathedral, which was built in 1912. This huge basilica is topped with five cupolas and an open bell tower reaching 53 metres in height. The interior of this grand cathedral is equally dramatic, showcasing a rainbow of Italian marbles and the Lord’s Prayer inscribed in gold around the inner dome. The cathedral crypt contains a museum of religious icons, said to be the largest collection of Orthodox icons in Europe.

If you arrived in Sofia by plane you would have added St. Alexander Nevsky Cathedral to your sightseeing list, as you would have seen its golden domes shining like beacons in the sun. Take time to walk around the exterior, listen to the song of the bells, and once you have appreciated the cathedral’s rich and impressive beauty, you can enter and take your time enjoying its internal splendour. 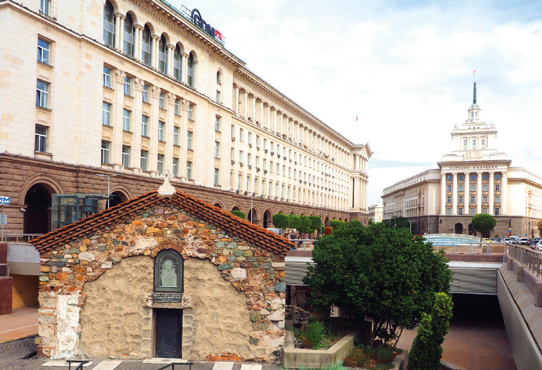 For first-time visitors, the open market in front of the cathedral is a delightful experience with stalls of antiques, paintings and local souvenirs lining the pavement. For a truly unique souvenir, Sofia offers some of the most fragrant gifts in the world.

Anyone in the perfume industry will know that almost every elite brand of perfume contains at least a drop of pure Bulgarian rose oil. From the Middle Ages onwards, Bulgaria has been a top producer of high quality rose oil, extracted from the Rosa damascene. Step inside one of the specialty stores selling rose products and you will be enveloped by the sweet, rich, deep and delightful aroma of rose petals. Rose-fragranced souvenirs in Sofia come in all shapes, sizes and products – from miniature bottles of pure rose oil to soaps, creams, shampoos, scrubs and sensory potpourri boxes.

This dizzying experience is a wonderful way to immerse yourself in the history of Bulgarian fragrances. The rose shops line the most elite pedestrianised boulevard of the city, which carries the name of the mountain that commands the horizon – Vitosha.

The snow capped Vitosha Mountain Massif is easily accessible by car in about 45 minutes and provides another unique attraction in the Bulgarian capital. There’s a spectacular cable car ride up the mountain, where you’ll enjoy gently rising up through lush green forest. In winter, visitors can ski on the slopes; in summer you can enjoy a relaxing, peaceful walk – it could be for an hour or for six hours – it depends on how long you want to indulge in nature’s pure delights.

One of the highlights of a visit to Vitosha Mountain is the UNESCO site of Boyana Church, a small ancient chapel, full of beauty and rich in history. It was built in three stages: in the late 10th to early 11th, the mid-13th, and the mid-19th centuries. A total of 89 scenes with 240 human images are depicted on the walls of this delightful church.

Indulging in a delicious meal in a local restaurant on the mountain is one of Sofia’s unforgettable pleasures. These restaurants offer a variety of delicious food, excellent service, stunning mountain views and fresh air. Local Balkan delicacies include Shopska Salata, a fresh salad topped with local cheese, Tarator (cold yoghurt soup) and delicious Banitsa (pastries filled with cheese, pumpkin and more).

Over the past four years, international visitors to Sofia have increased year-on-year by 10-12%. Many visitors come on business, but discerning travellers head to the city for cultural events such as operas, concerts, musical performances, festivals and youth conferences.

Part of Sofia’s appeal is that it has high-end services yet remains eminently affordable for all budgets. What’s more, the city is easily accessible with its international airport, train station and bus station all interconnected by subway.

It might be a cliché, but in Sofia there really is something for everyone. The Bulgarian capital offers a diversity of culture, shopping, history, events, sightseeing and local cuisine for visitors of all ages. You just have to visit once to appreciate the uniqueness and beauty of this classical European capital, and you’ll be hooked. 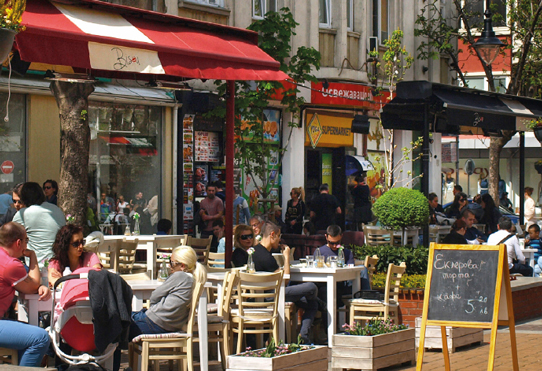 Downtown Sofia is a vibrant hub of cafés, bars and restaurants