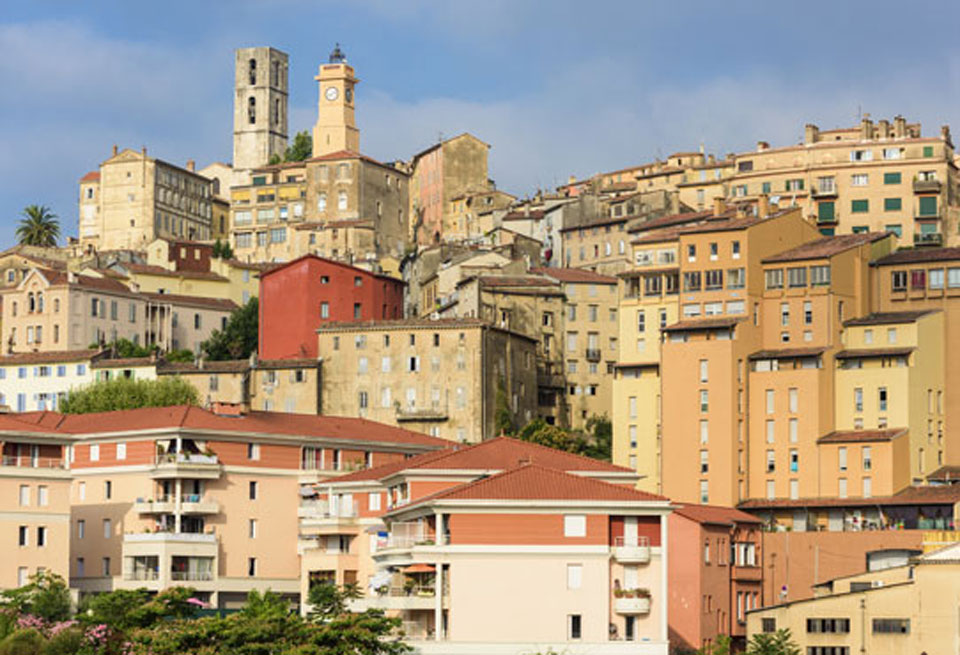 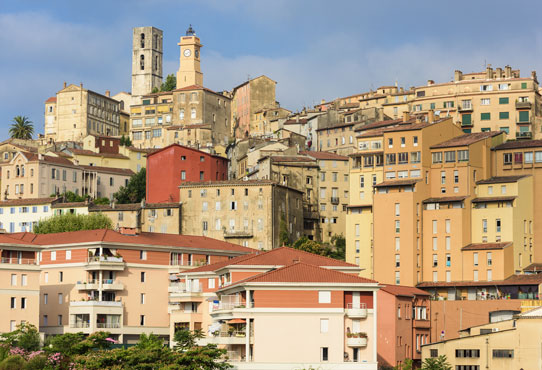 Situated above Cannes in the Alpes-Maritime department of Provence, Grasse is regarded as the ‘perfume capital of the World’ – but be warned, if you’re making the trip to be surrounded by fields of lavender, rose and jasmine, you are a century too late! Although local flower fields once produced 600 tonnes of flower petals, the labour-intensive industry that gave Grasse its fragrant foundation is practically redundant.

Once surrounded by fragrant meadows of lavender, roses, myrtle and mimosa, the historic town now has a few token lavender fields and holds a mere two-flower rating in the national ‘Ville Fleurie’ accreditation. Nonetheless, through overseas production and synthetic essences, Grasse still produces over two-thirds of France’s aromas, which are used extensively in perfume, body lotion, soap, shampoo and even food flavouring.

Modest in size, the hilly town of Grasse is home to three main perfume houses: Fragonard, Galimard and Molinard, which between them control a 600 million euro turnover. However, perfume was an accidental sideline in 18th century Grasse. The main trade was leather tanning and glove-making, which produced strong and unsavoury odours for the residents. Jean de Galimard came up with the idea of scented gloves to offset some of the bad smells that were part of everyday French life. Demand for fragranced gloves quickly rose in fashionable circles and Grasse’s destiny quickly became set on a new course as the home of French perfume.

Modern-day Grasse is a charming Provençal town with a cluster of fragrance houses, museums, factory tours and perfume shops along its narrow streets. Easy to explore on foot, the town has several unique attractions with which to fill your day. 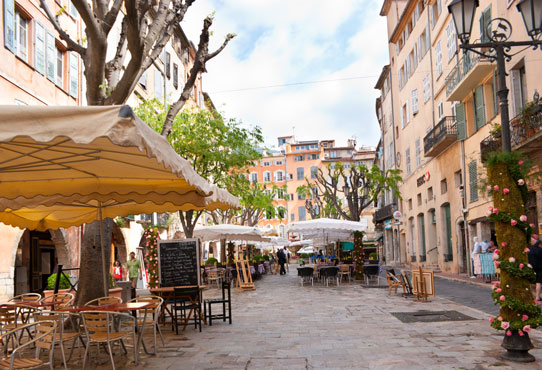 Your first stop has to be the Fragonard Musée du Parfum for a free tour, offered in several languages. Just turn up and wait for the next available guide, filling in the time by reading the beautiful displays and storyboards lining the grand foyer. Fragonard is one of the main perfume houses in Grasse, started in 1926 and now run by the great-granddaughters of the founder, Eugene Fuchs. He named his perfume business after the celebrated 18th century local artist, Jean-Honoré Fragonard. The museum is housed on the first floor of the original factory, now a landmark mustard-coloured building on Boulevard Fragonard. Tour guides explain the perfume-making process with a series of wax trays, copper stills and antique paraphernalia that were once used to turn 1000kg of flower petals into just one kilogram of essence.

Tours move through the working laboratory and factory floor, where perfume is still bottled by hand before being labelled and packed into beautiful boxes. Along the way you will learn why Fragonard uses aluminium rather than glass bottles to preserve its scent, why fragrance lasts longer on men than women, and why parfum lingers on the skin for eight hours while eau de toilette dissipates in just three hours. After a spell in the soap-making room, the fascinating tour ends in the shop where you learn to recognise the different notes that emerge from a perfume.

Stroll down to the nearby palm-lined Boulevard du Jeu de Ballon to the ornate stone gateway to the Musee International de la Parfumerie, better known as the MIP. Set in a historic complex, this high-profile museum offers daily guided tours and multilingual audio guides. Spread over a series of galleries, exhibits include perfume bottles and flagons dating back from the ancient Greeks to modern-day fragrance houses. It also includes several courtyard gardens showcasing popular plants that are the raw materials used in the perfume industry. Scattered along this olfactory pathway are scent tubes and interactive stations for touching and smelling different spices, flowers and ingredients used in making perfume. 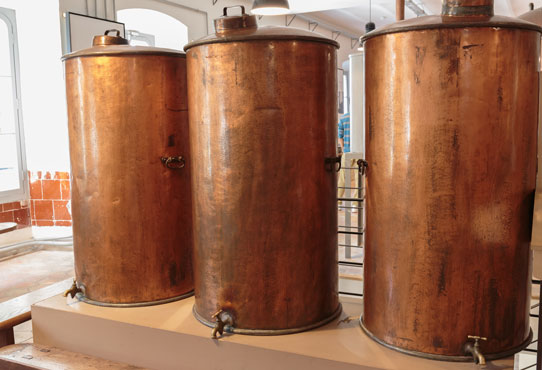 Behind the MIP, the narrow Rue Jean Ossola runs through the heart of the delightful Old Town. It’s worth popping into the Musée Provençal du Costume et Bijou if only to admire the interior of the sumptuous old town-house. A series of glass showcases display authentic 18th century Provençal dress. A few doors away is the former Hotel de Villeneuve, now housing the works of Grasse’s most famous artists including Jean-Honoré Fragonard (1732-1806), Marguerite Gérard (1761-1837) and Jean-Baptiste Mallet (1759-1835).

Progress along the thoroughfare will be slow as you are inevitably drawn to browse the succession of tiny gift shops, jewellers and perfumeries. Pavement cafés abound, chequered-cloth tables crowd either side of the narrow street. Look out for the deli-patisserie O Coin Gourmand and take a seat beneath an umbrella for an al fresco lunch. Their salad Niçoise is legendary – a variety of fresh salad greens brimming with tasty tuna, anchovies, radishes, cucumber and mini toast fingers spread with olive tapenade. The printemps salad is equally good, topped with a warm, perfectly poached egg and served with hot bread delivered to the table in a rustic brown paper bag. Enjoying simple, beautifully prepared food with a chilled glass of wine as you watch the world go by is the epitome of a perfect day in Grasse.

For those who want to make their own individual fragrance, both Fragonard and Galimard offer hands-on courses lasting about two hours. Would-be perfumers are seated at their own ‘organ’ containing about 100 bottles of essences arranged in tiers around a workspace. Masterclasses are led by a ‘nez’ or ‘nose’ – a professional perfume expert who explains the principles of the different notes of the perfume. He guides the class step-by-step through the perfume-making experience. Interestingly, the experience does not just appeal to women but to men also, who can create their own eau de toilette using a different selection of base essences.

Making a fragrance inevitably involves a great deal of sniffing bottles and paper sticks to find a harmony of scents that pleases your individual preferences. Finally, participants choose a name for their fragrance before their test-tube is whisked away for bottling and labelling. Newly-fledged perfumers leave the laboratory with a huge smile, a signed certificate and a 100ml bottle of their very own unique perfume which can be re-ordered online. Now that’s what I call a souvenir of Grasse. 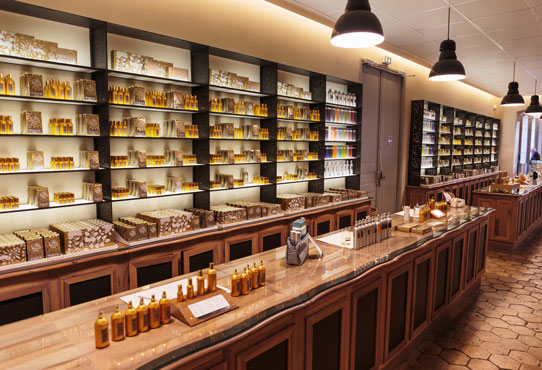