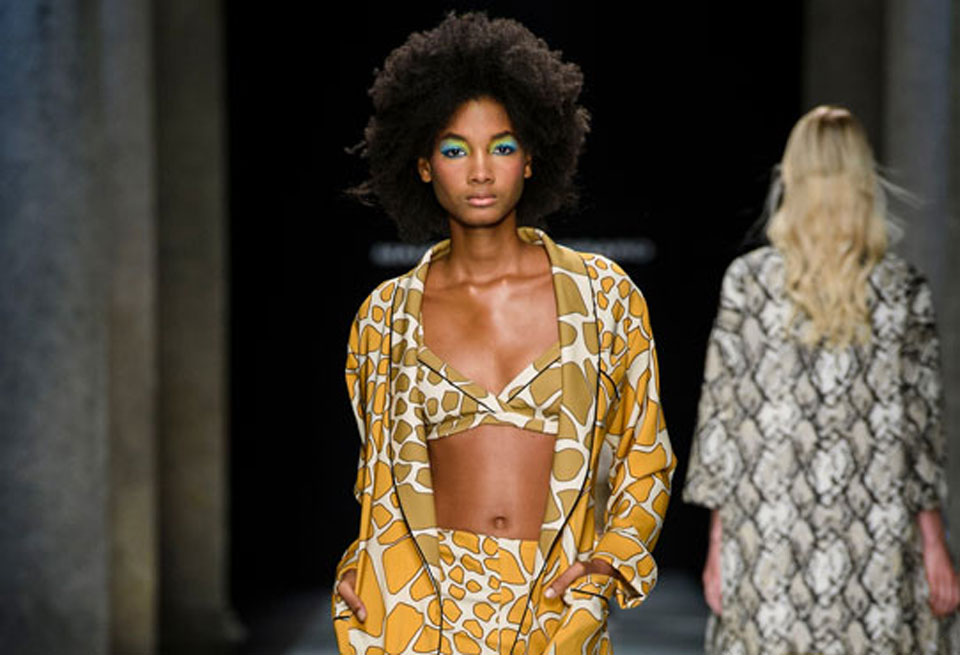 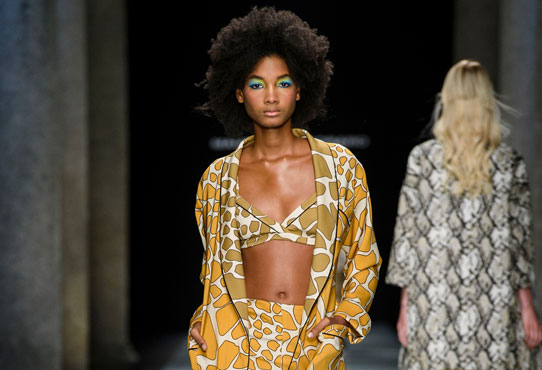 If a little print goes a long way, then a lot of print must go the full and fabulous distance. So suggested the runways of Milan Fashion Week, which were a vibrant premonition of an upcoming print-filled spring / summer season. Top-to-toe, clashing, patchwork, printed or digital, the key thing all these prints have in common is a boldness; an optimism.

This print obsession is in fact part of something greater: a move away from the starkness of minimalism. The shift was clear from day one of Milan, when Gucci presented their most maximalist outing yet — an extravaganza of ruffles, prints, and unrestraint. Other (more wearable) examples followed. 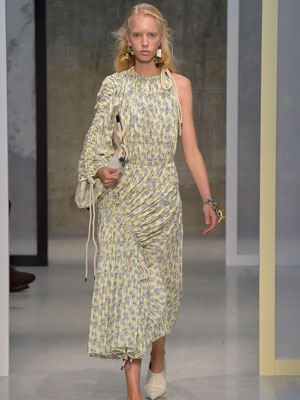 At Marni, a collection that initially appeared to favour minimalism soon exploded into a procession of exaggerated silhouettes, asymmetrical cuts, complex pleats and ruchings, and pockets the size of backpacks. When paired with vibrant florals and abstract prints these unusual details became even more eye-catching.

“Ethnic becomes sexy,” says Giorgio Armani, though we’re not sure it ever wasn’t, and the collection’s notes go on to talk about exoticism and echoes of distant cultures. It’s a sentiment echoed in many of the spring shows; a nod to globe-trotting bohemianism, an ode to exploration. These explorations were thalassic as well as worldly. Some of Armani’s prints resemble the depths of the sea, with coral and star-like shapes seeping with watercoloured beauty across a deep blue sweep of fabric. A collection by Piccione. Piccione references a world “seen from the perspective of those who are underwater,” and it’s a world that’s dreamlike and illusory, at times rendered in delicate pastel colours and others in oceanic blues, emblazoned with pearls and clamshell prints. 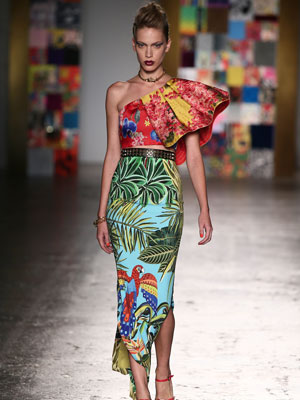 Leitmotiv’s designers even went one step further and dreamed up new species to fill their prints with. Stirred into their mix of animal and architectural motifs was a colourful bird that hybridises an Amazon parrot and an Apache one. Cultural references were also spliced together under the auspices of the native American Deer Dance, a folk dance that’s also practised in Japan: spot Mexican villages surrounded by palm trees and cacti alongside geisha-like blossoming prints and oversized bows. In this new season of prints it seems that, with a bit of confidence and imagination, just about anything goes.