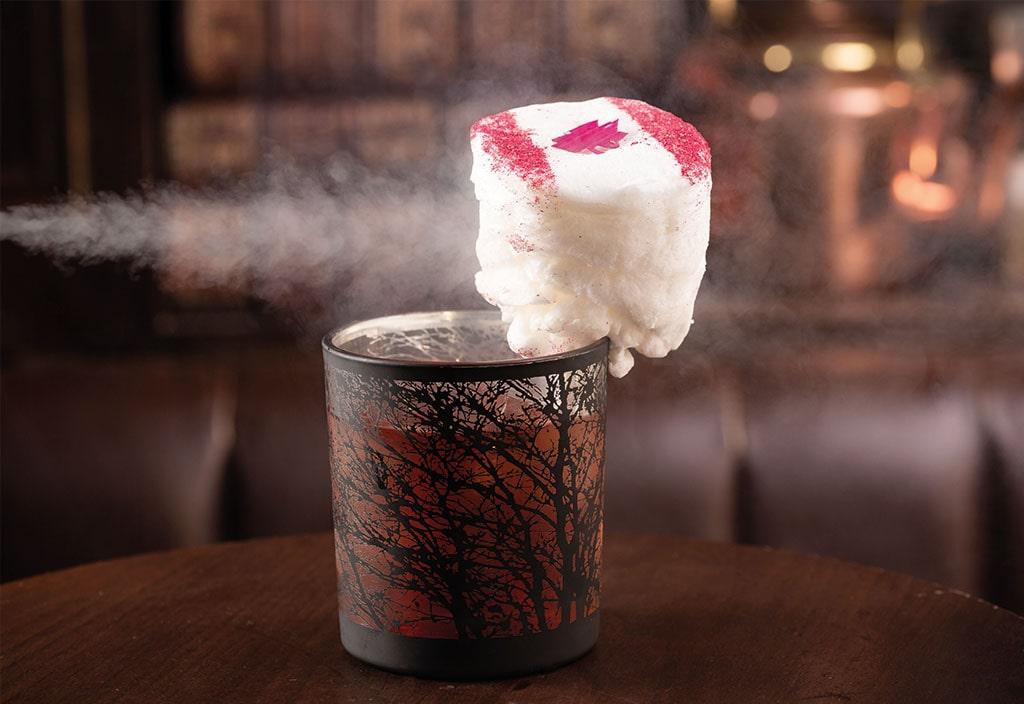 Nightjar, the iconic East London speakeasy, has announced it will open its second site in the heart of London’s West End this April. Nightjar Kingly Court will recreate the low-lit magic of the Old Street original, complete with a lavish range of rare, revived and original cocktails, late-night live music, prohibition-era decor and a menu of vintage spirits and cocktails dating back to the mid-nineteenth century.

World-renowned as a pioneer of the London cocktail scene, when Nightjar opened more than a decade ago (it celebrated its tenth birthday in lockdown) founders Roisin Stimpson and Edmund Weil quickly put Old Street on the global cocktail map. As famous for its lavish – and spectacularly garnished – drinks as for its late-night live jazz, blues and swing, the multi-award-winning destination venue is still consistently named alongside the best in the world. Nightjar Kingly Court will bring the much-loved DNA and essence of Nightjar into a striking and beautifully designed new space. The 85 cover venue will provide an ideal spot for theatregoers, cocktail lovers and couples alike to enjoy innovative cocktails and live music late into the night.

The interiors, from east London-based interior architecture and design studio Daytrip, will evoke the Roaring Twenties, bringing the jazz age into the twenty first century with stunning Art Deco interiors accented by soft rose gold and mirror detail and bespoke illustrated glass panels by Mosley Thorold Architects Ltd. The bar itself is located under a beautiful staircase and facing the stage, where live jazz, blues and swing performances will be held each night until the early hours. Dark corners and intimate booth seating along the walls offer a secluded spot for romantic evenings, and, for the first time ever, guests who want to experience the masters at work can take a seat at the bar.

The subterranean space holds an illustrious place in the history of London’s iconic music venues; in the 1930’s and ‘40’s it existed as The Blue Lagoon Club, the city’s first black-owned music club, before becoming Club Eleven in the ‘50’s under Ronnie Scott. Over the years, it has hosted Bob Marley, The Who, The Beatles and The Rolling Stones, alongside many more, and live music will remain at the heart of Nightjar, alongside world class cocktails.

The menu will continue to honour three distinct historical eras in 20th Century cocktail-making – Pre-Prohibition, Prohibition and Post-War – alongside beloved Nightjar Signatures and large-format Sharing Cocktails. Guests can also take advantage of Nightjar’s unrivalled selection of vintage spirits and liqueurs, offering a once-in-a -lifetime taste of spirit history as far back as 1863.

Nightjar Kingly Court also has a great selection of sharing cocktails serving two to four people, ideal for romantic dates or a night out with friends. There is also a comprehensive no-low cocktail list.

Founders Edmund Weil and Roisin Stimpson said: “We’re delighted to have the opportunity to bring everything we’ve learnt over the last decade of Nightjar to such an iconic space in what was once the home of live music in London. The city has changed so much in that time, and as we started to emerge from the pandemic, we felt there was an even bigger appetite for what Nightjar has always provided – skilfully created cocktails, live music, and hospitality that culminates in an overall experience that can’t be found elsewhere.”

Julia Wilkinson, Restaurant Director at Shaftesbury says: “We are thrilled to announce that the iconic basement speakeasy and jazz club Nightjar is coming to Carnaby. The venue, which is steeped in Carnaby musical heritage, will showcase a late-night and live jazz offering to the area, adding a completely new dynamic to the Kingly Court offer. Nightjar also brings a large array of classic cocktails, vintage spirits, and liquors alongside the concept of an exciting new live music destination. With something for everyone, we are delighted to introduce existing and new Carnaby customers to the pioneering Nightjar experience.”