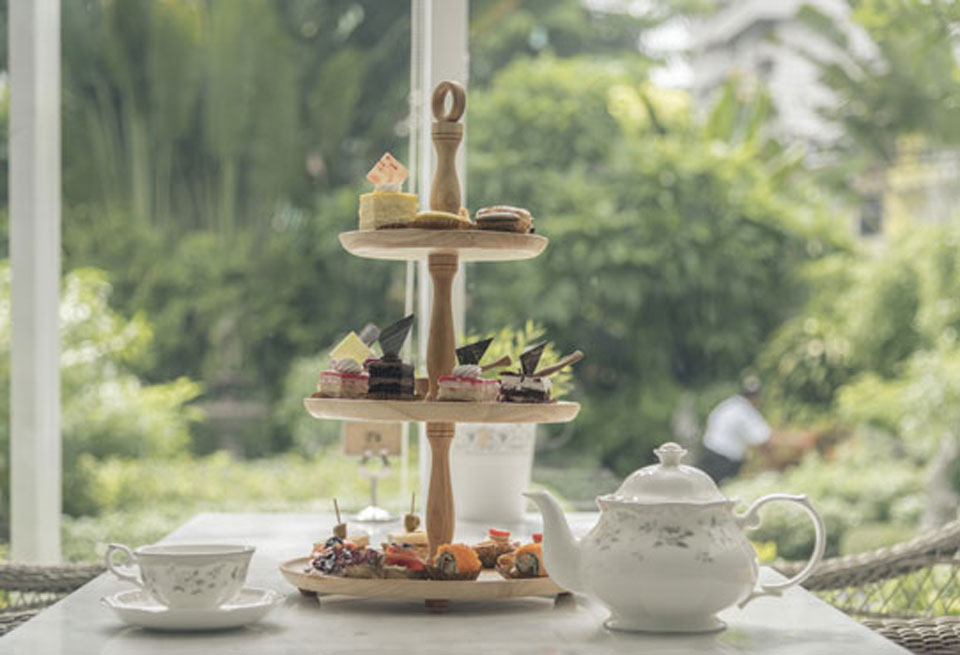 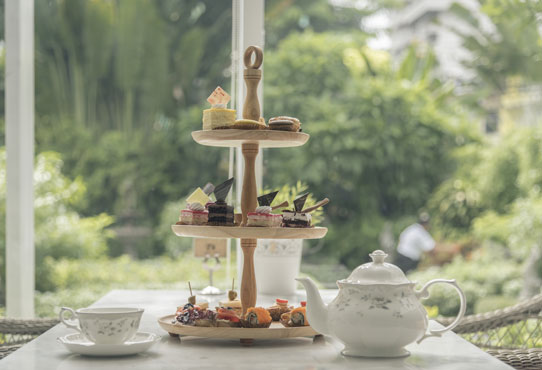 Imagine a time when people ate two main meals a day: breakfast and a late dinner. If it sounds like a surefire way to end up hangry by the afternoon, you’ll sympathise with Anna, the Duchess of Bedford. Frequently plagued by hunger pangs and weakness, and living in a time before the invention of snack foods and vending machines (this was 1840), Anna started scheduling in a delivery of tea and sandwiches to her room as a late-afternoon pick-me-up. Before long it became such a pleasant ritual that friends and acquaintances were invited to join her, and the custom of afternoon tea was born.

From that time on, high tea featured as a social event, and society women would don their fashionable gowns and hats in order to indulge in conversation, cucumber sandwiches, cream-dolloped scones, and freshly brewed tea. Though rarely taken at home these days, the tradition lives on elegantly through cafes, grand hotels and tea rooms.

Here are some of the best places to experience high tea in London:

Fortnum & Mason have been selling tea for over 300 years, so they legitimately know their stuff. In fact, their tea menu contains over 80 teas with everything from Single Estate Ceylon to Moroccan Mint to Organic Earl Gray — so there’s certainly something for everyone. Their dainty “Diamond Jubilee Tea Salon” was opened by The Queen, and indeed looks perfectly fit to host her. 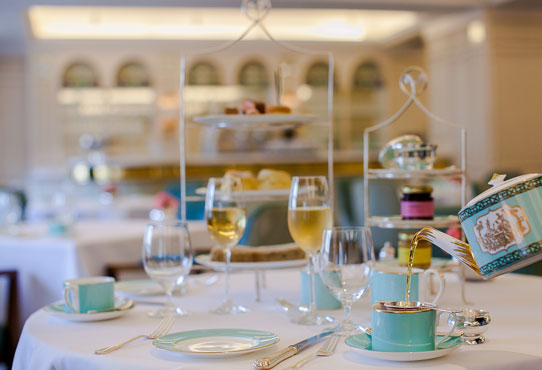 Afternoon Tea at The Ritz

It sounds fancy, and it is. The Ritz is one of the places to go for an afternoon tea that’s truly an institution, as they’ve been serving it since they opened their doors in 1906. Everything here is traditional, from the three-tiered cake stand laden with delicate sandwiches and fluffy scones, to the crisp table linen and perfunctory service. Oh, and you also have to dress the part: jackets and ties for the men, and smart daywear for the ladies.

Wyld Tea is a new concept taking over Dandelyan cocktail bar at the Mondrian. If you fancy something traditional but with a twist, this is your bet: with a 1970s influence, you’ll feel more like you stepped into a Wes Anderson film than inside Henry James’ Portrait Of A Lady. The retro food menu is also specially paired with botanical cocktails, to make it a “wyld” afternoon indeed. 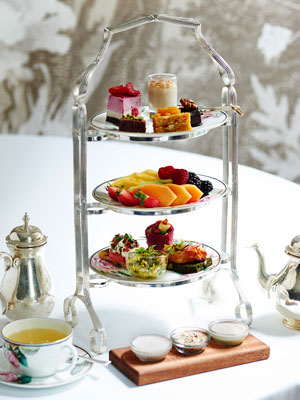 The Traditional Afternoon Tea at Brown’s Hotel is a London favourite with good reason: it’s both cosy and delicious, as well as faithful to expectations of what a real high tea should include. Brown’s also offers a Tea-Tox menu that lightens everything up without compromising on the richness of textures and flavours. With options like low-calorie champagne, sugar-free sweets and sandwiches on spelt or dark rye bread, it’s the heathy dieter’s dream.

Courtesy of its high-society beginnings, there’s an inherent link between afternoon tea and fashion. London’s The Berkeley makes the link both overt and impermeable with their cleverly-named “Prêt-à-Portea” event. The tea not only features fashion-themed delicacies, but it transforms the menu every six months to follow the changing fashion seasons as well. Now there’s something to talk about as you sip your hot cup of Bohea Lapsang.