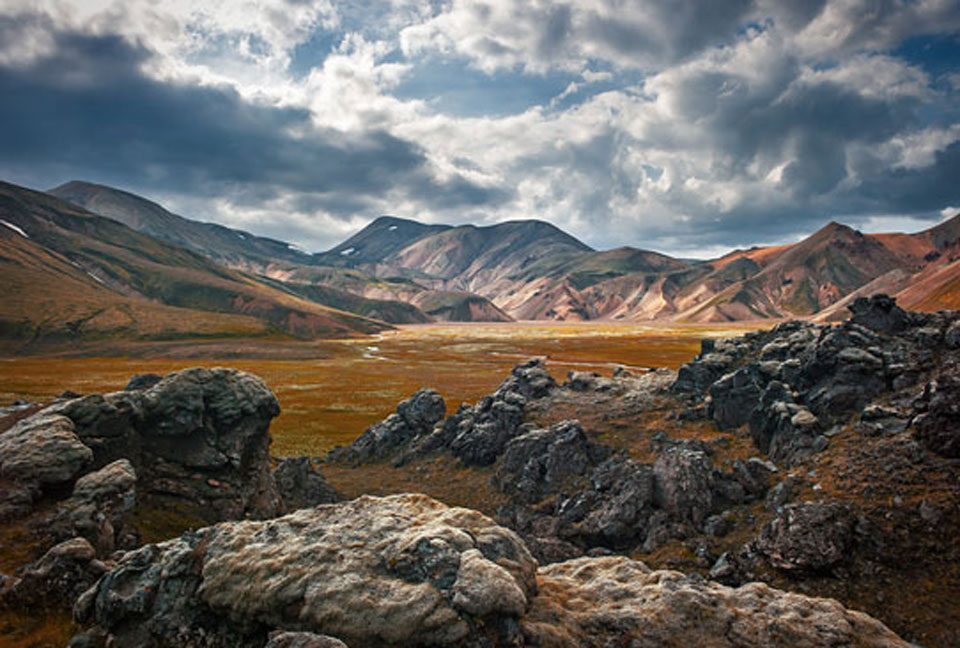 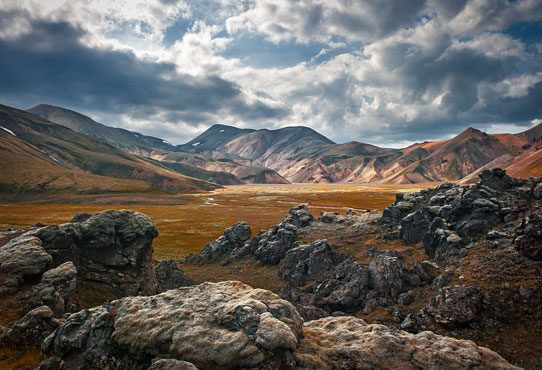 A trip to Reykjavik is not just about shopping, snow and ice. Geothermal attractions are a fantastic experience for first-time visitors to Iceland. A short distance from the Iceland’s capital you’ll find steaming thermal pools, smouldering volcanoes and geysers jetting hot water high into the air.

After dark, you may be treated to an amazing lights show known as the Aurora Borealis. This natural phenomenon is caused by air particles colliding with electrons to create dancing red, green and purple lights flashing across the night sky. A short break in Reykjavik will definitely give you plenty to talk about!

Reykjavik itself is a colourful waterfront city within sight of Mount Esja (pronounced eh-shyuh). What the city lacks in architectural detail it makes up for in colour, with bright Lego-like roofs sporting all shades of red, blue and green on top of the concrete box-like houses.

You can’t help but notice the fresh clean air as you stroll around the city. The lack of air pollution, smoke and coal-burning power stations is due to the fact that homes, businesses and even the streets are heated by hot springs fed beneath your feet. You may detect a whiff of sulphur from time to time, but that’s the only downside to the unlimited free heating source that keeps Reykjavik cosy and operational. 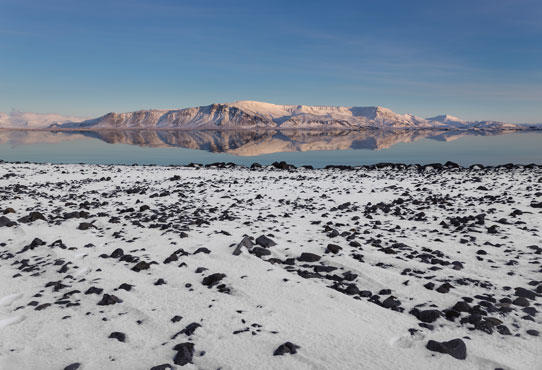 The city has excellent shopping, interesting museums and a landmark church, the Hallgrimskirkja. Visitors are welcome to look around the church and climb the tower to enjoy panoramic views across the city and coastline. Iceland once had a reputation for being an expensive place to shop, but since the collapse of the Icelandic krona, your money now goes a lot further.

Reykjavic really comes to life after dark with a thriving nightlife. Beer and alcohol is heavily taxed in Iceland, and considerably more expensive than in the rest of Europe. You’ll need to bear that in mind if you intend to join the weekend “runtur” around the city. This night-long pub crawl takes place along the Laugavegur in downtown Reykjavic. It is one of the oldest streets and still has a lot of charm for visitors with its exclusive stores, restaurants and bars. 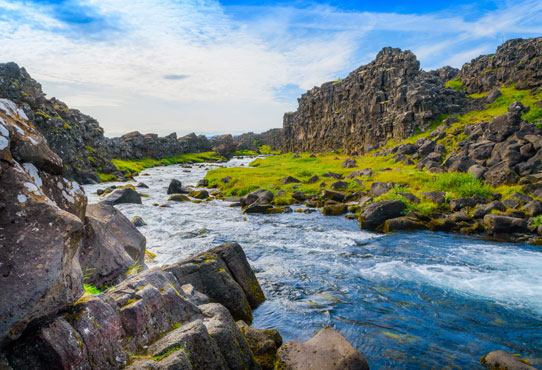 Tours and attractions in Iceland

One of the trips I would definitely recommend is the Golden Circle Tour which includes spectacular geysers, gushing waterfalls and local troll culture. It all makes for a very entertaining tour which includes visiting the UNESCO-listed Thingvellir National Park. The park spans the ever-shifting tectonic plates of North America and Eurasia. You’ll see Iceland’s largest lake along with many alarming fissures and cracks in the earth’s surface. Stunning geysers such as Strokkur blows steam and spray 100 feet into the air every four minutes or so.

The Blue Lagoon is a massive geothermal outdoor spa which maintains a steamy 40°C (104°F) all year round. The milky turquoise waters contrast with the surrounding black lava rocks. Facilities include a swim-up bar, steam rooms and saunas or you can just relax in the mineral-laden spa waters which are said to have many therapeutic benefits.

Another unmissable highlight is the Gullfoss waterfall. The cascade is so large and beautiful that it creates rainbows in the spray on a sunny day. Other must-dos are visiting a Viking Longhouse, hiking a glacier and touring the geothermal power plant. It’s all fascinating! 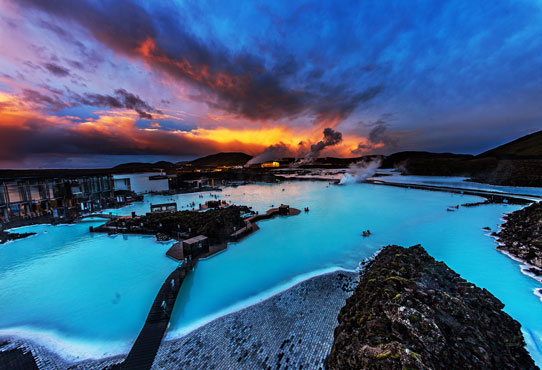