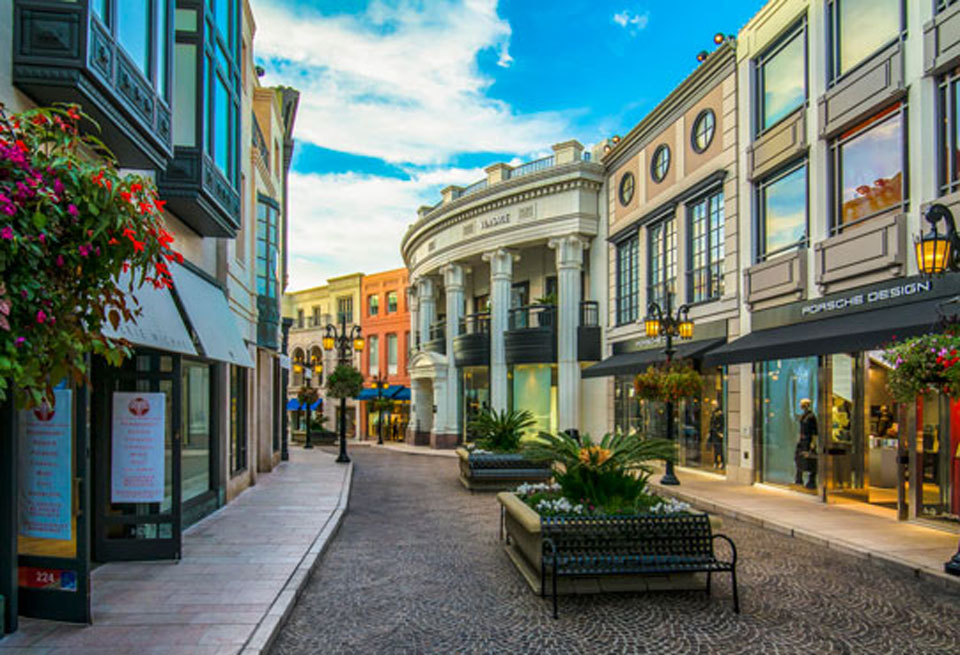 Five things you must do in Beverly Hills 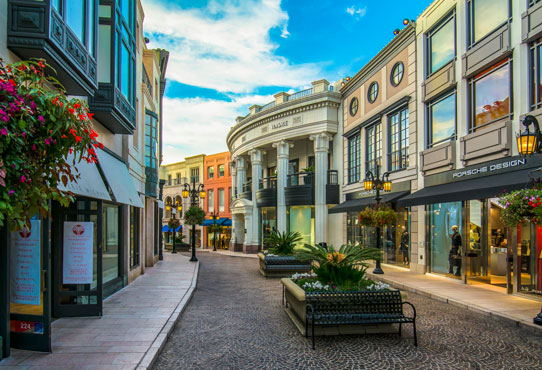 1. Lounge amongst the stars at a rooftop pool

With year-round Southern California sunshine and striking views of the Hollywood hills, Beverly Hills is the destination to elevate your poolside experience. The city’s rooftop pools offer a shimmering oasis with luxurious cabanas and poolside service, perfect for the ultimate sky-high dip.

Guests of Montage Beverly Hills have access to the rooftop retreat, complete with a saline swimming pool and whirlpool. Private poolside cabanas, The Rooftop Bar & Grill and lush landscaping are set against the backdrop of panoramic views of the Beverly Hills cityscape and the Hollywood hills. The Rooftop Grill serves fresh California cuisine in a comfortable atmosphere that perfectly complements an afternoon by the pool. 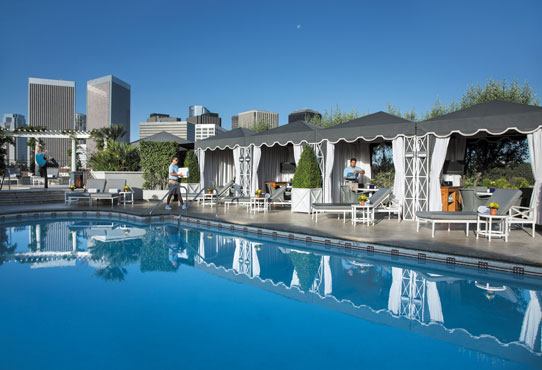 Pool at The Peninsula, Beverly Hills

2. Taste gourmet at its best

Beverly Hills has long been recognised as a renowned culinary destination, from five star gourmet dinners to charming bistros, as well as al fresco lunches an d innovative eateries across the city. 2016 elevated Beverly Hills as home to some of the world’s best hotel restaurants, with the opening of new dining establishments throughout the year.

The highly anticipated opening of The Belvedere at The Peninsula Beverly Hills saw the city’s culinary credentials catapult at the start of 2016, with the restaurant opening its doors following a renovation. The restaurant has striking new interiors and a full transformation of the menu, under the direction of Executive Chef David Codney. The restaurant exemplifies a rising trend called the ‘Localtarian’ – a sustainable lifestyle choice where conscious customers only eat dishes made from local ingredients. This trend is detailed within Beverly Hills: The Future of Luxury, a global report released by the city in February 2016.

Beverly Hills is the home of the celebrity chef, counting Wolfgang Puck of Spago, Curtis Stone of Maude and Thomas Keller of Bouchon amongst its esteemed alumni. Adding to the impressive roster, Montage Beverly Hills has partnered with chef, restaurateur and star of the Food Network, Geoffrey Zakarian, who launched two new concepts to Beverly Hills, Georgie and The Garden Bar, in June 2016. 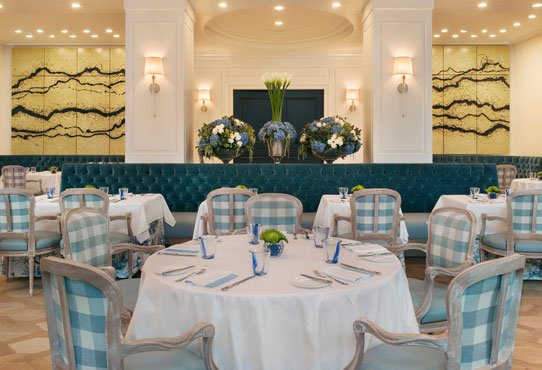 The Belvedere at The Peninsula Beverly Hills

3. Book a session with a celebrity personal trainer

Beverly Hills has some of the best personal training and fitness specialists in the world, as well as revolutionary and internationally recognised brands like SoulCycle and Equinox. Visitors to the city can book a training session with personal trainers to the stars, including Danny Musico and James Duigan.

The Peninsula Beverly Hills has an exclusive partnership with globally respected health and fitness expert, and celebrity personal trainer James Duigan, known for his work with Rosie-Huntington Whitely, Elle MacPherson, Lara Stone, Hugh Grant and David Gandy. As part of the Fit Like The Stars package, guests are invited to experience what it takes to get lean, athletic bodies like a supermodel through a true fitness programme, created by Duigan himself.

At SIXTY Beverly Hills, guests can book a personal training session with Danny Musico, a boxing champion and celebrity personal trainer. Danny has worked with some of the world’s biggest stars to prepare them for a film role, including Hillary Swank for ‘Million Dollar Baby’, Sylvester Stallone for ‘Rocky’, and Mark Wahlberg for ‘The Fighter.’ Guests can book a boxing class and training with Danny in the state-of-the-art boxing equipment at SIXTY Beverly Hills’ fitness centre. 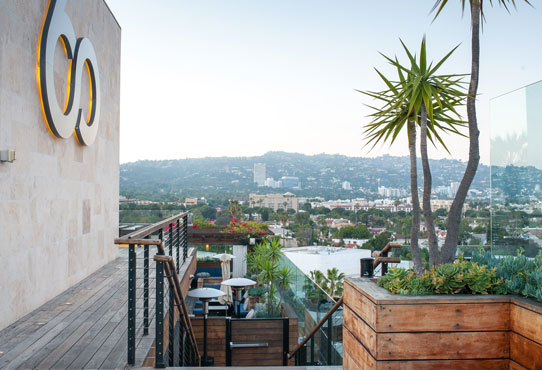 Beverly Hills continues to be one of the most iconic shopping destinations worldwide, debuting designer flagships and expansive developments from international fashion and beauty institutions. From Emporio Armani’s sleek new space on North Rodeo drive and the newly renovated Ralph Lauren, to the opening of Bobbi Brown’s first West Coast beauty boutique on South Santa Monica Boulevard, it offers both the best of world-renowned fashion houses and one-of-a-kind boutiques.

Known among the store’s employees as the “VIC” salon – for Very Important Clients – the Louis Vuitton Suite on Rodeo Drive is an example of the ever-increasing level of service offered to high spenders in the luxury industry. The “VIC” salon provides shoppers with an extensive terrace with views of the Hollywood Hills, where they can enjoy champagne whilst sampling the brand’s latest creations.

Perfectly situated on the other side of the street from Louis Vuitton is Burberry with its VIP fitting room and outdoor wrap-around terrace, also known as the ‘Burberry Penthouse’, which also has a kitchen and its own bathroom, in addition to a changing room and a separate fitting room for tailoring.

In operation at 420 Rodeo Drive since 1976, The House of Bijan is the ‘world’s most expensive store’ and showcases exclusivity at its best. Known as the ‘King of Luxury’, the ‘By Appointment Only’ store has opened its doors to Barack Obama, Tom Cruise and Oscar de la Renta, to name a few. As you enter the store, prepare to be amhttp://www.theguardian.com/ukazed by the sheer visual opulence including marble floors, fine furnishings and crystal chandelier, making shopping here a truly luxurious experience. 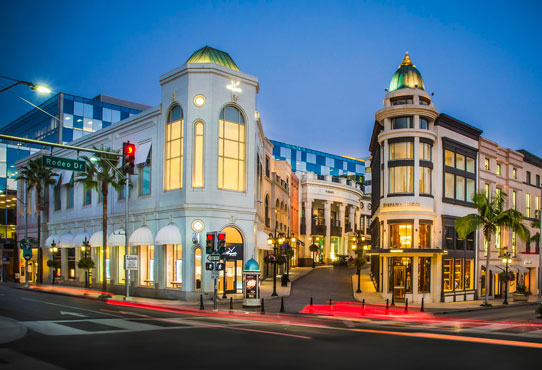 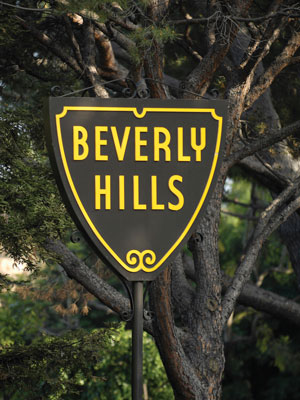 5. Take a walk around Beverly Hills

Explore the city’s treasures at your leisure on a self-guided walking tour of Beverly Hills or take in a screening at The Academy of Motion Picture Arts and Sciences, where legends of the big screen mix and mingle with fans.

Wander the manicured gardens and vast public spaces at Greystone Mansion – a historic estate with a storied past and the backdrop for countless Hollywood feature films. Whether you’re seeking a blissfully romantic weekend, a family trip of a lifetime or an event to remember, only in Beverly Hills will you find culture, luxury and fun all in one fabulous city.