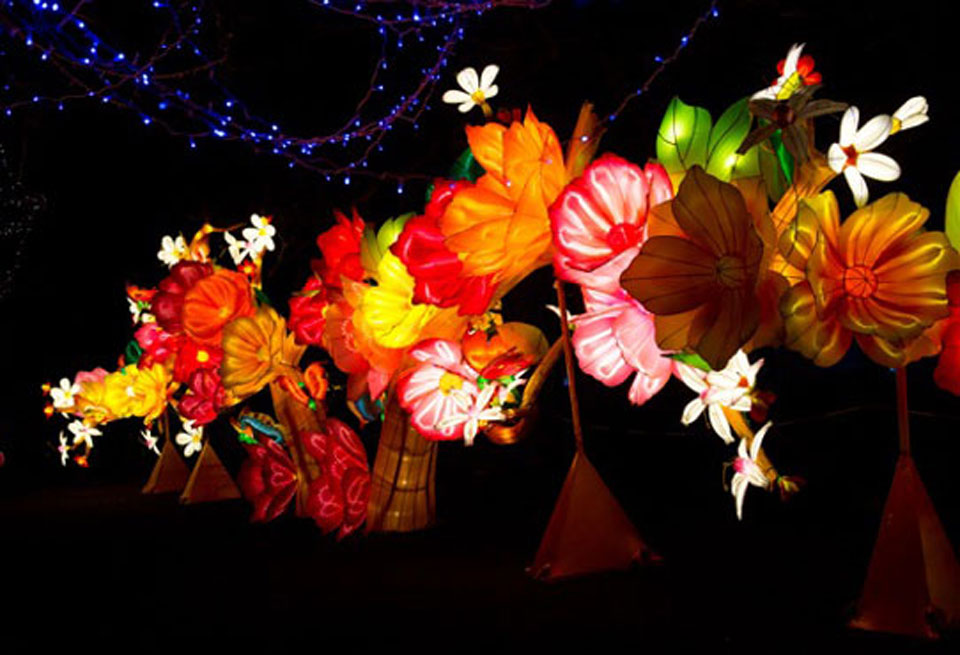 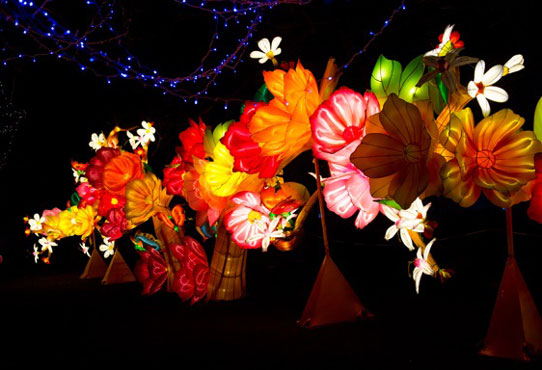 The restored 18th Century gardens in West London will see its 65 acres packed with over 50 illuminated, brand new installations, celebrating the Chinese New Year of the Rooster, its London host and this year’s theme, The Silk Road, including a 15-metre illuminated sculpture of the Houses of Parliament, a full-size replica of the ship that Chinese Admiral Zheng used on his trade explorations, and an ambitious, lantern adventure across the Silk Road, through Europe, Asia, Arabia, Egypt, Persia, India and Ancient China.

The awe-inspiring 3-D lantern experience enjoyed a sold-out run, a slew of award nominations and a galaxy of star fans, including Ant and Dec, Emma Bunton, Emilia Fox and Clare Balding during the festival’s London 2016 debut, with more than 100,000 visitors delighting in amazing photo opportunities at every turn as they strolled along pathways festooned with interactive, illuminated lotus flowers and dragons. 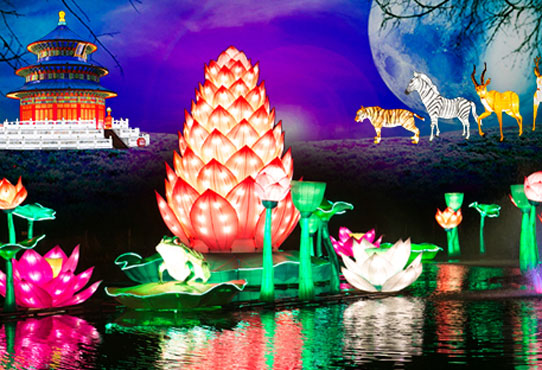 It’s the brainchild of Weli Creative’s David Lee and Ian Xiang of Weli Creative, who explained: “We were absolutely delighted to see London’s extremely enthusiastic response to this important Chinese tradition last year and were keen to make it an annual event for the UK.

“Beautiful Chiswick House Gardens is the perfect backdrop for the Lantern Festival, providing a stunning location and canvas for these magnificent, illuminated lantern sculptures, which leave visitors of all ages delighted and hungry to share pictures with friends.” 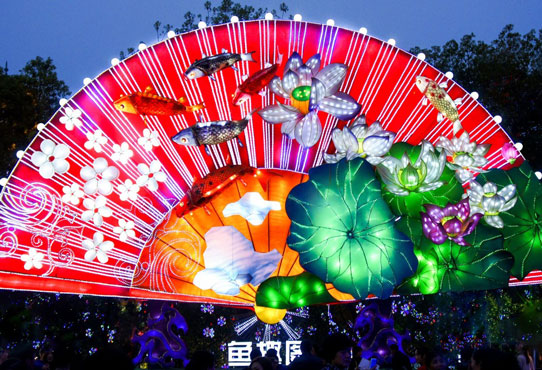 In China, artists have been making the breath-taking artworks for more than 2000 years, with the designs becoming bigger and more ambitious with each passing celebration.

The second Magical Lantern Festival is set to be bigger, better and more ambitious, with a wonderful mix of old and new eastern traditions including the introduction, this year, of virtual reality head-sets which will allow visitors to imagine they are running with dinosaurs or sitting on the world’s most daring roller coaster ride. There will also be a 30m ice rink, fairground rides and Chinese bamboo lantern riddles, waiting for visitors to solve.

The festival theme for 2017 is the ancient Silk Route, which saw China trading its precious silk and commodities with a huge transcontinental network during the 206 BCE – 220 CE Han Dynasty. 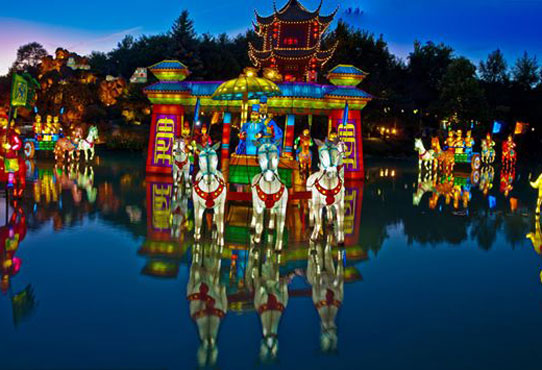 As well as Ancient Egypt’s exotic pyramids, sphinx and camels – India, Persia and Ancient Rome will also be up in lights, with a stunning re-imagining of The Colosseum and a giant fire rooster proudly crowing in the end of winter.

As guests enjoy more than 75 minutes on their cultural adventure, they can sample a range of international cuisine, hot tipples and unique gifts to remember the experience.