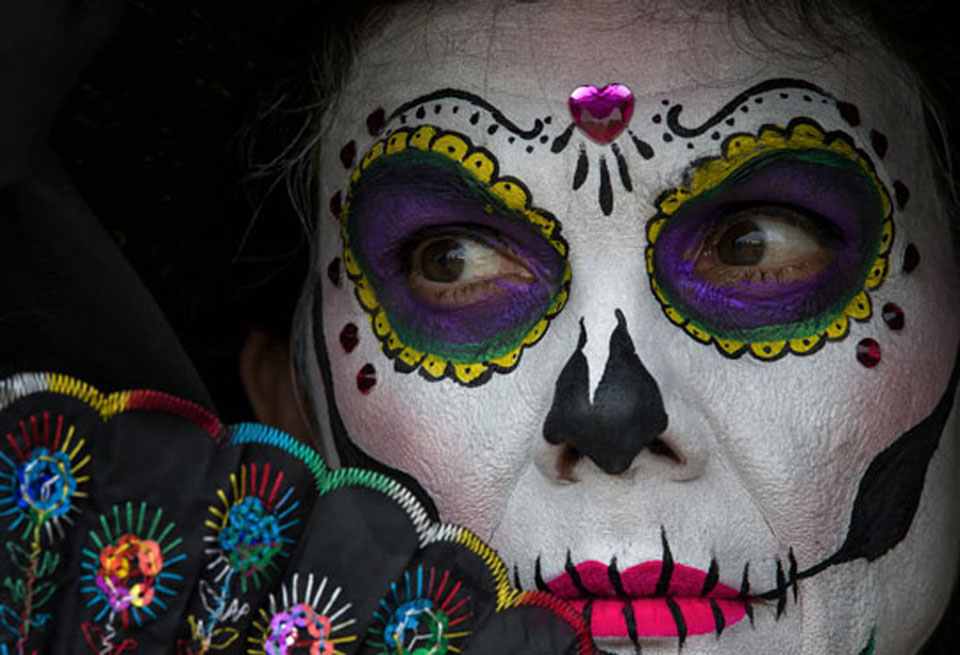 Celebrating Mexico’s Day of the Dead 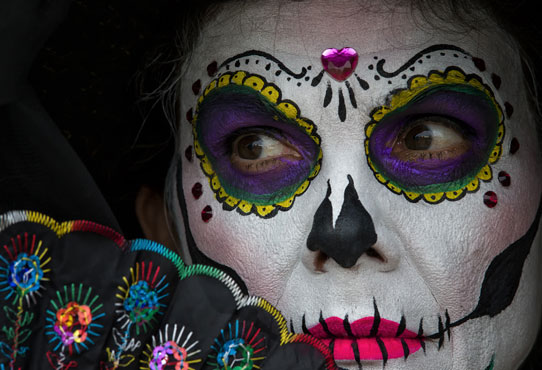 When October 31 rolls around, chances are you’re going to see so many sugar skull faces plastered across social media you’ll wonder if the whole world fell asleep and woke up in Mexico. That so many people — even those who don’t traditionally celebrate Halloween — have become smitten with the sugar skull image is not surprising. The skull designs are the perfect blend of beautiful and macabre, spooky and sweet.

So if you’re fascinated by the skull designs and the festivities they accompany, perhaps waking up in Mexico isn’t such a bad idea: attending The Day of the Dead first hand is a whole other experience to your neighbourhood Halloween party.

The Day of the Dead (El Día de Muertos in Spanish) dates back to pre-Hispanic times, when Indigenous Mexicans would celebrate the transitory return to Earth of the spirits of dead loved ones. These pagan customs were gradually incorporated into the Catholic calendar after the arrival of the Spanish, and are still widely practiced today. The belief goes something like this: at midnight on October 31 the gates of heaven are flung open and the souls of deceased children (called angelitos) are allowed to pass back over and be reunited with their families for 24 hours. Adult spirits have their chance to return on the following day (November 2). 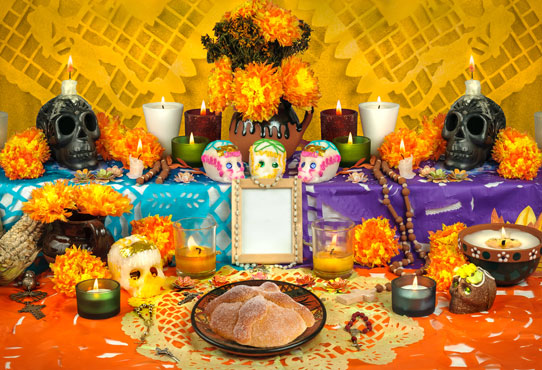 To help guide the sojourning spirits back home, relatives painstakingly set up ofrendas, or altars, decorated to impressive proportions. The alters are laden with arrangements of colourful fragrant flowers, candles, mounds of fruit, fresh tortillas, and piles of pan de muerto, a decorative sweet round bread unique to the occasion. The ample foods and drinks are important as they provide sustenance to the weary spirits after their journey home.

As for the sugar skulls, you’ll also find them adorning altars and gravestones as a tribute to passed loved ones — sometimes with the name of a deceased person written across the forehead. These are a more recent addition to the festivities, originating in the 17th century when the Mexicans turned to their abundance of sugar production as a cheap and accessible way of creating religious art and decorations. Incredibly detailed hand-made skulls are still made by local craftsmen, but these days their quantities are no match for the mass-produced versions.

Some of the most famous spots to experience the festival are the Island of Janitzio in Lake Pátzcuaro, Michoacán, which puts on a huge spectacle complete with parades and processions; San Andrés Mixquic and Xochimilco in Mexico City; and Oaxaca, though there are countless places to witness the traditions across the country.

Though the Day of the Dead celebrations are naturally changing with time and increased interest from tourists, they’re still a fascinating and lively glimpse into some ancient beliefs and traditions, where to honour the dead is vital and in some way a celebration of life. 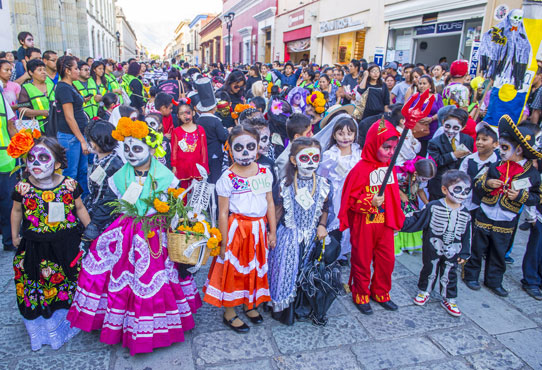