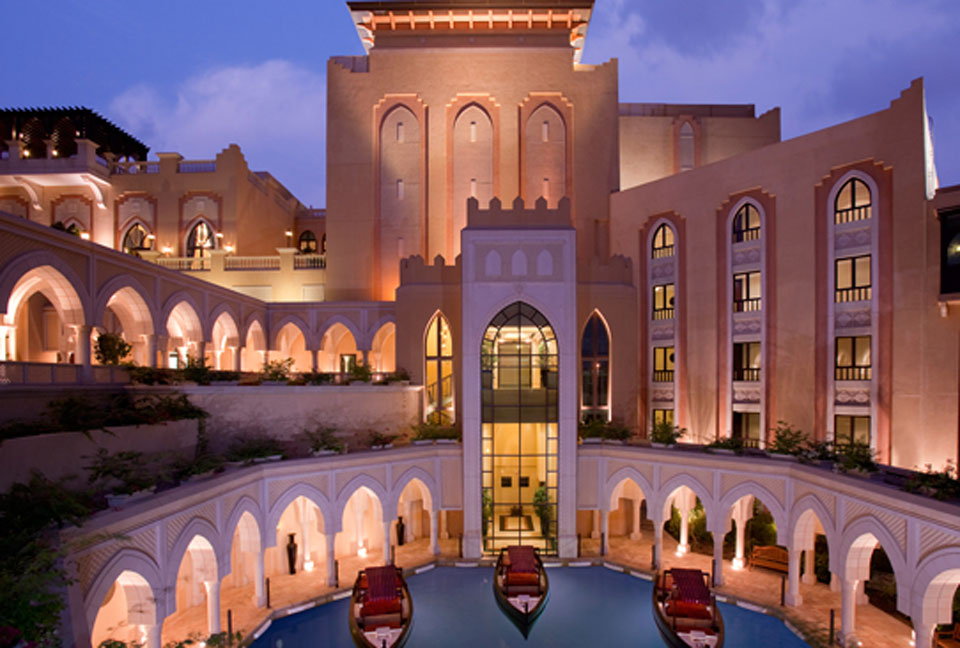 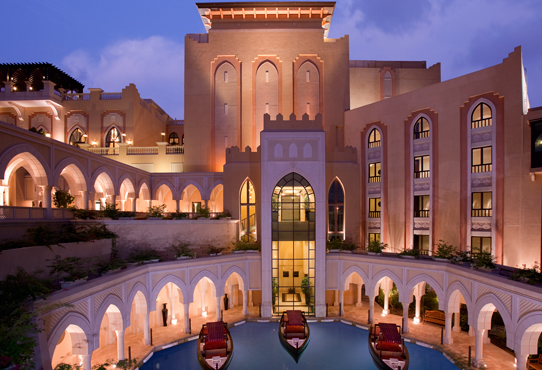 For years, Abu Dhabi stood in the shadow of its high-profile neighbour Dubai. But flush with 95% of the UAE’s oil, the lesser-known and largest emirate has finally come into its own. The country’s capital city has evolved over the last half-century from a simple fishing village to a majestic metropolis dotted with glittering high-rises, luxurious hotels, 5-star restaurants and massive shopping malls filled with luxury brands that rivals that of Dubai.

Those who make the trip to Abu Dhabi will be rewarded with an immersion in Emirati heritage through not just museums, exhibitions and tours but strolls through traditional souks, dhow cruises and lively shisha cafes filled with locals. It’s the perfect destination for travellers who prefer to trade Dubai’s non-stop nightlife for a slightly more authentic experience.

But don’t think the city is a sleepier version of Dubai – it holds the Guinness World record for the world’s most expensively decorated Christmas tree, the world’s fastest roller coaster and the world’s largest hand-loomed carpet.

The most iconic landmark of Abu Dhabi has to be the Sheikh Zayed Grand Mosque. It’s also where you’ll find the largest hand-loomed carpet in the world, which took 1,200 craftsmen two years to complete. Conceived by the founding father of the modern-day UAE, Sheikh Zayed, the mosque accommodates 41,000 worshippers and is one of the few in the region open to non-Muslims. With more than 80 marble domes on a roofline held aloft by over 1,000 pillars and punctuated by four 107 metre-high minarets, Sheikh Zayed Grand Mosque is a masterpiece of modern Islamic architecture and design.

If it’s fast and furious fun you’re after, stop by the country’s first large-scale amusement park (and the world’s first Ferrari-branded theme park), Ferrari World. This is where you can ride the world’s fastest roller coaster, Formula Rossa, with a top speed of 250km per hour in 4.9 seconds. If you’re brave enough, take a spin on Flying Aces, featuring the highest rollercoaster loop in the world. Open 365-days a year, its set inside a climate-controlled environment that allows you to beat the desert heat in the heart of summer. 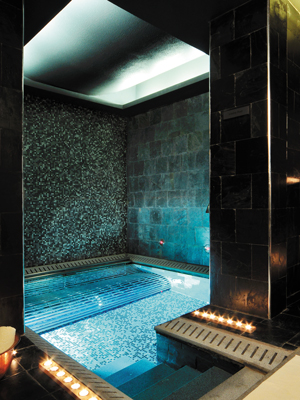 For a truly unique experience, try the Abu Dhabi Falcon Hospital. Falcons are an integral part of traditional Gulf culture and no expense is spared in restoring these magnificent birds to full health. You can take a tour of the hospital’s examination room, as well as the adjacent falcon museum and the free-flight aviary.

More than just a hotel

Some call it the most stunning hotel in Abu Dhabi, others say it’s the most romantic. Shangri-La Hotels and Resorts believes that it is both and in the 10 years since it opened, the Shangri-La Hotel, Qaryat Al Beri, Abu Dhabi has found a special place in the hearts of all who visit this luxurious property. From its spacious rooms and spectacular private beach, to the authentic Arabian architecture and breathtaking views of the stunning Sheikh Zayed Grand Mosque, the Shangri-La experience in Abu Dhabi is a truly magnificent one.

Located on a 1km private stretch of beach along the historic Khor al Maqta waterway, Shangri-La Hotel, Qaryat Al Bari, Abu Dhabi is actually a large complex that boasts a smaller, 4-star hotel, known as Traders and a souk. With abras (traditional water taxis) that ferry you from the hotel around the complex and to the souk, you can have an authentic Arabian adventure without having to leave the property!

For the ultimate luxury experience, reserve one of the six ‘The Villas by Shangri-La’ on offer. Each named after a different region in Abu Dhabi, the 6 four-bedroom villas includes a private swimming pool, majlis, dining room, lounge and garage. Some villas boast additional facilities such as a private cinema and study. You’ll also have your own private butler on call to cater to your requirements.

The hotel also boasts the award-winning CHI, The Spa at Shangri-La, which draws inspiration from the origins of the Shangri-La legend, a place of personal peace, enchantment and wellbeing. In keeping with local culture, the spa offers unique treatments such as an Arabian date body wrap, Arabic coffee scrub and hammam. If you’re feeling a bit more traditional, you can always choose the Thai or hot stone massage. 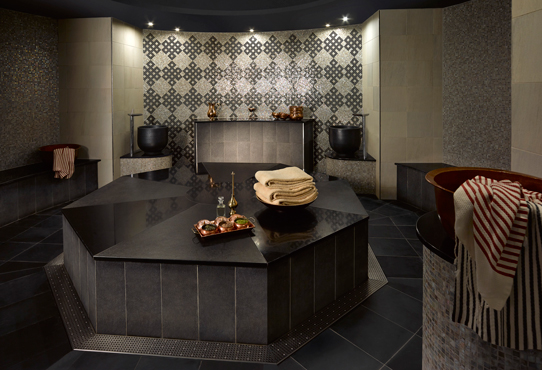 If you choose to stay at Shangri-La Hotel, Qaryat Al Beri, Abu Dhabi, you won’t go hungry. With award-winning restaurants and a two Michelin-starred executive chef at the helm, you can indulge in some of the finest cuisine the capital has to offer.

For elegant and contemporary French fine-dining, head to Bord Eau. In a chic setting, the chef de cuisine prepares seasonal fresh produce that is flown in daily from France. For a truly transcendent experience, the blind tasting menu is a must. Whatever you decide, make sure you bring your appetite because the menu is packed with gourmet treats.

With a nod to Shangri-La’s Asian heritage, you’ll get a lesson in the art of Chinese fine dining at the signature restaurant, Shang Palace. Serving authentic Cantonese cuisine in a traditional Chinese setting, you’ll dine on delicacies like Peking duck and Yum Cha while sipping on fragrant teas, poured by a Kung Fu tea master.

Looking for something a bit more casual? Head to Sofra BLD where you can wander through this souk-style restaurant and sample original Emirati, Iranian, Moroccan, Indian and Asian dishes that allow you to discover the spices, aromas and tastes of the region. With various theme nights ranging from seafood to steak as well as Friday and Saturday brunch as the highlights, there’s always something new at this all-day dining establishment.

Given its location, it should come as no surprise that Abu Dhabi weather remains hot all year-round. If you’re looking to beat the searing heat you should visit from November through to February, when temperatures are mild and cool. If you don’t plan to leave your hotel much, then the air conditioning in most hotels, restaurants and shopping malls mean that a visit is possible at any time of year. Be warned, however, from late May through July and August it can be extremely hot, with high humidity extending through September. 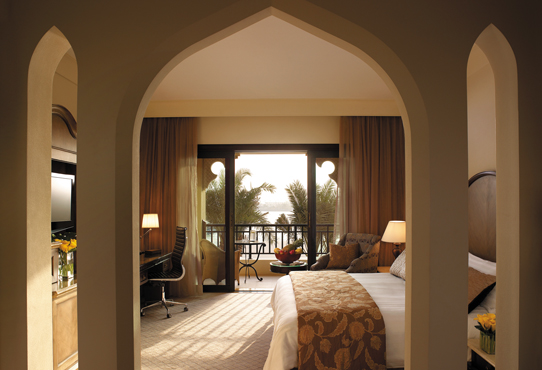