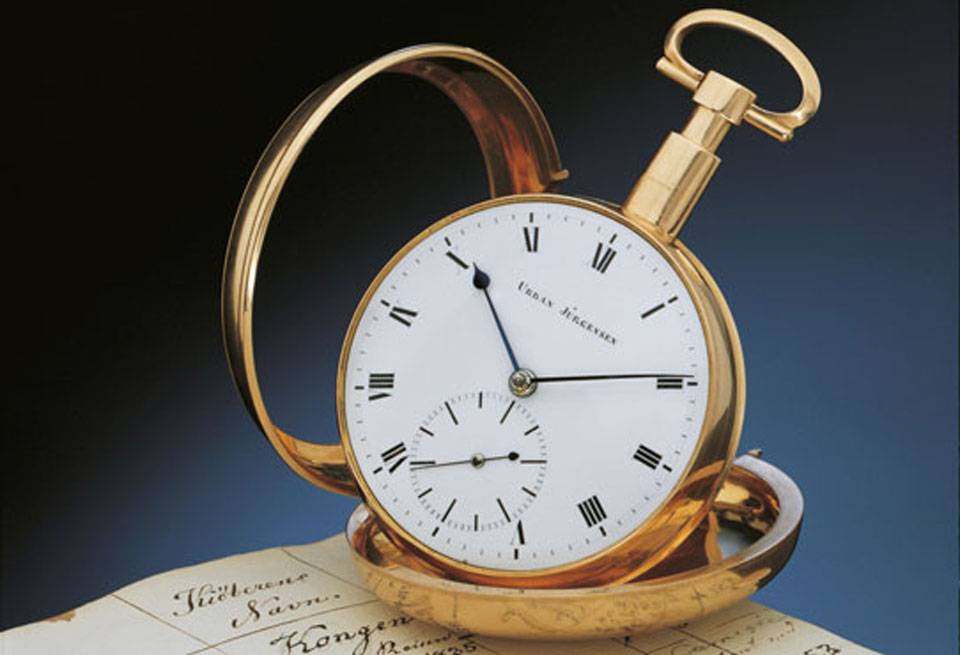 A timeless tale of invention 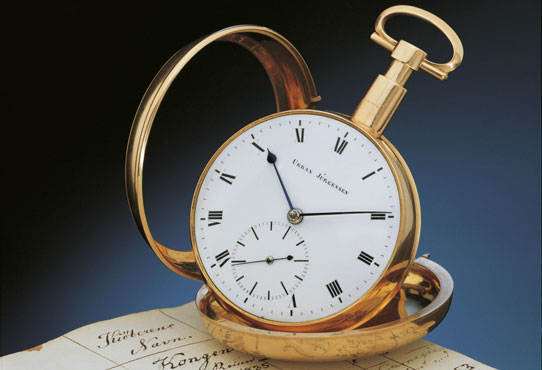 The story of Danish watchmaker Urban Jürgensen is a tale of global travel, historic encounters and some of the greatest watchmaking discoveries the industry has ever known.

The tale – which spans two cities, Copenhagen and Le Locle – begins in 1745 with the birth of Jürgen Jürgensen founder of the watchmaking dynasty that carries the family name to this day. Born in Copenhagen, Jürgen made a huge impact on watchmaking history by revolutionising the outdated structures of the clock and watchmaking craft of his homeland.

The Jürgensen influence was not, however, confined to Denmark. Over three centuries, with their analytical approach to the processes and methods of watch production, the Jürgensens strongly influenced the watchmaking industry of Le Locle, and indeed the entire Canton of Neuchatel. Responsible for introducing the most modern methods of the era to the Swiss industry, they received many accolades and were rewarded with honourary status in Le Locle.

As an apprentice watchmaker at the age of 14, Jürgen learned the art of horology over a period of seven years. At the time, one of the duties of the apprentice was to go travelling in search of new techniques and ideas. This was considered essential not only for his training but also for gaining experience.

During his travels, Jürgen made contact with the so-called ‘higher circles’ of his profession, also probably spending some time in Geneva, where he later sourced some of his suppliers. Compared to conditions in his native city, the size of the watchmaking industry in Geneva must have made an overwhelming impression on him.

The most important connection made by Jürgen Jürgensen on his journey was with Jacques Frédéric Houriet from Le Locle. Ambitious and full of ideas, Houriet was an influential figure in promoting innovation and technology during the burgeoning industrialisation of watch production. Jürgen’s son, Urban Jürgensen (1776 – 1830), quickly followed in his father’s footsteps to become a craftsman, inventor, and all-round watchmaking genius extraordinaire. After becoming an apprentice to legendary watchmakers such as Breguet and Berthoud in Paris and Arnold in England, Urban went on to steer the Jürgensen brand to new heights.

His work earned him a royal appointment granted by King Frederick VI to supply the Danish Court with watches and the Danish Admiralty with chronometers, and in 1815, Urban became the first craftsman to receive the honour of being admitted to the Royal Danish Academy of Science. 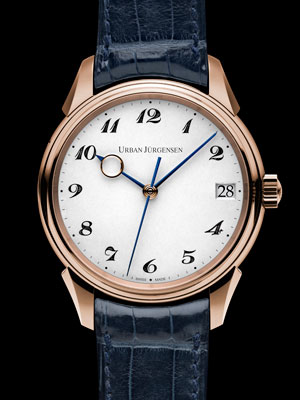 Urban’s two sons, Jules-Frederik and Louis Urban, continued the family tradition. Jules studied in Switzerland and moved to Le Locle, while his brother Louis remained in charge of the factory in Copenhagen, giving the company a base in both countries, which it has maintained ever since.

Such was the innovation and excellence of the Jürgensen family’s output that the company exerted a significant influence on the watchmaking industry in Le Locle and more widely in the Canton of Neuchatel – this included introducing the latest techniques from around the world. As a result, Jules Jürgensen was honoured in 1864 with a Gold Medal by the cantonal authorities for his efforts in precision horology and his contribution to Swiss Industry.

Urban Jürgensen’s legacy includes the creation of the marine chronometers and clocks that earned him his appointment to the royal court of Denmark.

These 18th and 19th century watchmaking achievements resulted in the ground-breaking ‘detent escapement’, which was patented in 2008.

Just six years later, in November 2014, Urban Jürgensen returned to Danish hands after 30 years of Swiss ownership. As so often in the Urban Jürgensen story, the present is defined by the past.

In honour and spirit of this heritage, Urban Jürgensen presents three models which take inspiration from the past, set a benchmark for the future and create a standard of excellence for the present day.

The current Urban Jürgensen Collection reflects the company’s devotion to honouring timeless traditions in the manufacture of elegant handcrafted timepieces. The pieces exude an aura of restrained excellence and confidence that is appreciated by collectors and connoisseurs throughout the world. In its Jürgensen 1745 Collection, Urban Jürgensen introduces a new model – the Reference 1741 in platinum with perpetual calendar, leap year indicator and moon phases. The Reference 1741 dial is handmade using Grenage dial-making and fitted with the Urban Jürgensen white gold Arabic numerals appliques. The creation of the moon disk involves more than 20 different operations and the result is a unique, wonder of classic workmanship that is rarely found in timepieces nowadays.

Urban Jürgensen is also pleased to present the new Jules Collection with two new models, Reference 2240 and 2340. Both models share new contemporary tapered lugs in a classic design on a convex and concave curved case with a diameter of 40 mm. The dials of these two models share the dial finishing technology of the 1741, with the handcrafted, delicate and meticulous Grenage dial-making.